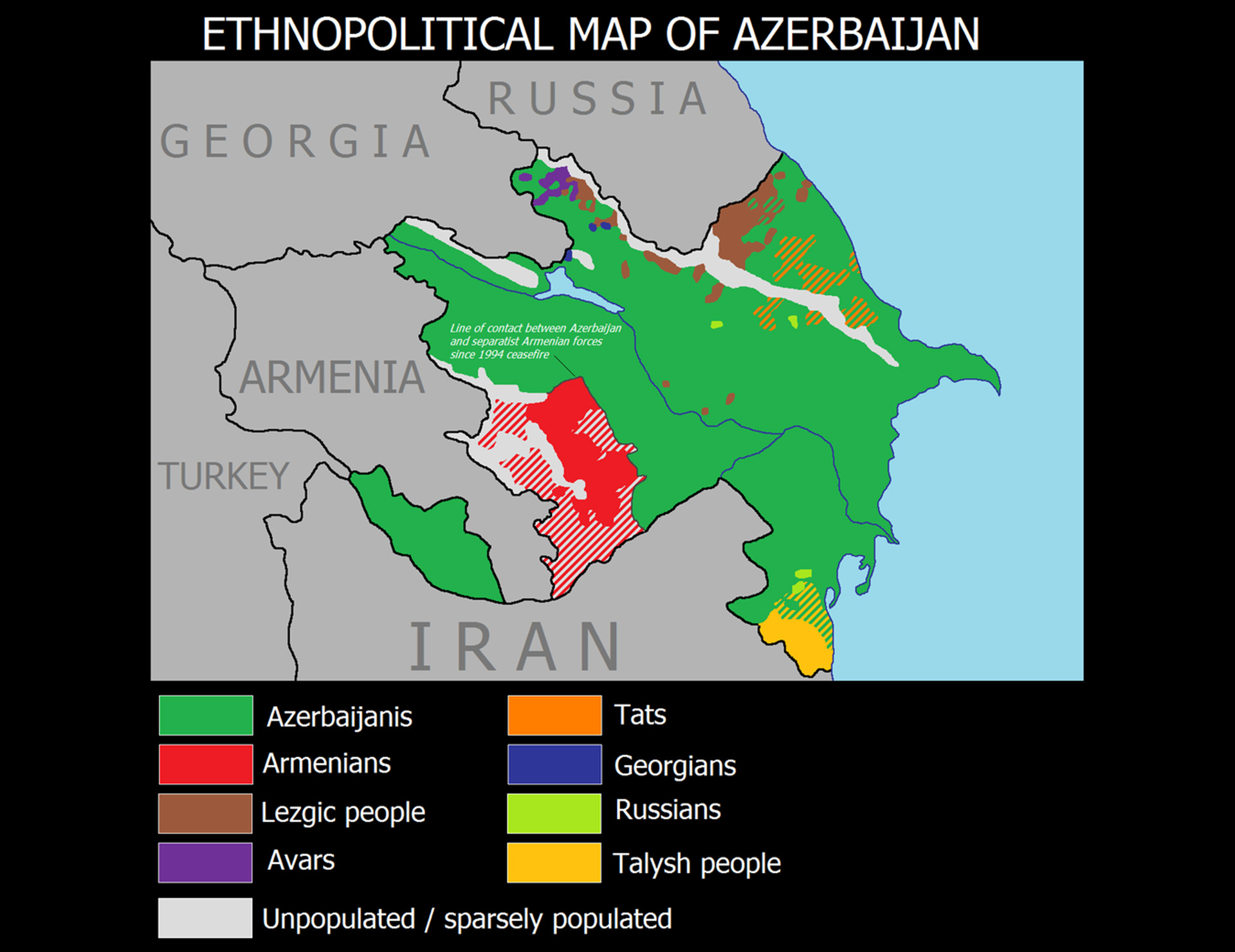 Amid the fierce battles in and around Nagorno-Karabakh, which the Azerbaijani troops are currently trying to de-occupy from the occupying forces, some in Armenia attempt to play the ethnic card. By appealing to Azerbaijan`s ethnic minorities, the Armenian side calls on them to stop participating in hostilities.

The hypocrisy of situation lies in the very demographic situation of both countries: A common home to Lezghin, Russian, Armenian, Talysh, Tat, Jewish and other ethnic groups, Azerbaijan has always celebrated tolerance and co-existence, while Armenia has reached the status of the most homogeneous country of Europe, if not the world, since the 1980s. This mono-ethnic structure of Armenian society has also been "achieved" through the forceful deportation of a sizeable Azerbaijani community, some 250,000-300,000, in 1988. The policy of ethnic cleansing was effectively continued by the Armenian side also in and around Nagorno-Karabakh, where 700,000 Azerbaijanis were expelled from in the early 1990s.

Moreover, the Nagorno-Karabakh problem in general and the current hostilities in particular are not an ethnic conflict as the Armenian side strives to portray. It should rather be scrutinized as a territorial conflict, in which one country has occupied the internationally recognized territories of its neighbor.