Armenian-Azerbaijani border skirmishes: Who is the culprit? 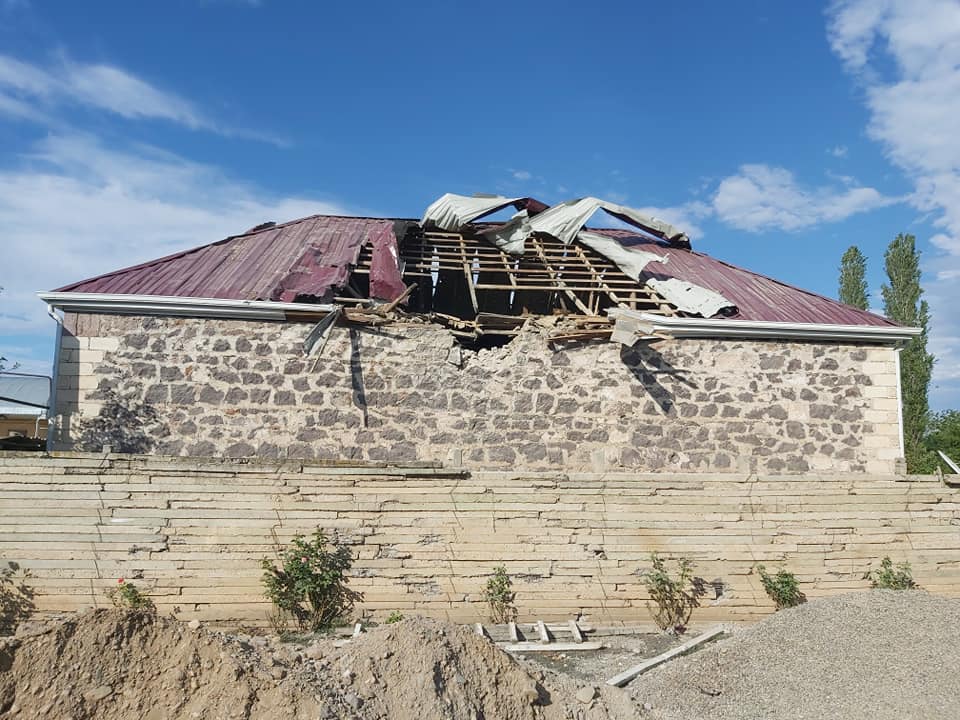 On 12 July 2020, Azerbaijan`s Defense Ministry reported a military incident in the north-west of the country, namely the province of Tovuz, near the border with Armenia. Although the border shootouts are not infrequent in the said province and many considered it to be another, one-time incident, the situation got out of control and quickly grew almost into a full-fledged war.

The two countries have been in a state of war for more than 3 decades due to Armenia`s occupation of Nagorno-Karabakh and surrounding territories, both de jure part of Azerbaijan. The conflict which broke out as inter-ethnic skirmishes within the Soviet Union in 1988, soon turned into one of the bloodiest wars of the 1990s, claiming 20,000 lives from both sides. By 1994, when the active phase of the war came to an end, Armenian forces had occupied 20% of Azerbaijan`s territories, including the former Autonomous Province of Nagorno-Karabakh and seven adjacent administrative regions and expelled over 700,000 Azerbaijanis from their homes. The ceasefire meant to end the war has, nevertheless, been very fragile, with the situation in the region mostly remaining far from being a ‘frozen conflict’, a term used to denote several ethnic conflicts in the post-Soviet space. The last major eruption in this area happened in April 2016, when the Azerbaijani army managed to liberate several square kilometres of land from the occupant army during the so-called Four-day War.

This time, however, the major theater of war is the direct border between the two countries, a couple of hundred kilometers away from Nagorno-Karabakh. The clashes began on 12 July and continued, with short breaks, for the next two days. Although not all the details of the hostilities are announced, reports display heavy artillery shelling and drone assaults. Several people have already been reported by the Azerbaijani side as dead, including a very experienced and respected general as well as a non-combatant who lived in the village subject to the Armenian fire. These deaths caused much frustration and anger in Azerbaijan, which now makes holding violence back a much more difficult task. However, Azerbaijan`s Ministry of Defense has already explicitly refused to target Armenian civilians, pledging to fire exclusively upon the enemy’s military facilities.

While the Armenian authorities tried to throw the responsibility for the outbreak on the Azerbaijani side, accusing the latter of a provocation, there is no incentive for Baku to initiate any military actions in this specific region, and there are several reasons for this assertion.

Firstly, the area where the clashes are taking place is situated near the critical infrastructure nodes and linkages that underpin the economic fabric of the country. During the conflict those vital infrastructures, such as Baku-Tbilisi-Ceyhan oil pipeline, Baku-Tbilisi-Erzurum gas pipeline, and Baku-Tbilisi-Kars railway, could become targets of the other side’s coordinated attacks. Ensuring physical protection of those key infrastructures is a matter of Azerbaijan’s national security and their destruction could disproportionately affect the country’s entire economic fabric. That is why the idea that Azerbaijan would risk physical security of those infrastructures and start military operations in that area does not make any sense.

Secondly, it is quite clear that the escalation of violence in this fashion, rather far from the occupied territories of Azerbaijan along the uncontested border, the vicinity of which is densely populated on both sides, is not in the best interests of Azerbaijan. An important distinction should be made here between the notions of ‘border’ with Armenia, and the ‘contact line’ with Armenian forces in Nagorno-Karabakh and seven adjacent territories. The official Azerbaijani position, in turn, entails avoiding the escalation along the borders with Armenia, as Baku does not hold any kind of territorial claims towards the internationally recognized territories of the opposite side. Accordingly, initiating a provocation in Tovuz, which is situated along the border and is far from the contact line, is against the Azerbaijani rationale for dealing with the current conflict.

Thirdly, the aforementioned claim contradicts Azerbaijan's plans for gradual demilitarization of the direct borders with Armenia. Since December 2018, as part of measures aimed at reducing violence along the border, the Azerbaijani side has been transferring the military outposts and military units in the northern borderlines with Armenia, namely, in Qazax and Agstafa regions, from the Ministry of Defense to the State Border Service. Tovuz, where the skirmishes broke out, was expected to be the next in line in this regard. This specific move from Baku was again intended to send a clear message that Baku was keen to differentiate between the borders with Armenia and the line of contact in Nagorno-Karabakh. Thus, setting up a planned attack from Tovuz not only does not make any sense from the standpoint of what messages Baku has been attempting to deliver to the international community, but also from the standpoint of its longstanding plans of military restructurization along the north-western borderlines.

Finally, a direct attack against Armenia, a member of Collective Security Treaty Organization or “Russian NATO” in other words, outside of the occupation zone clearly does not fit within Azerbaijan’s long-term strategy in any way. Had Baku chosen to start a war, a more comfortable ground would have been Nagorno-Karabakh and surrounding districts, which constitute the universally recognized part of Azerbaijan and do not fall under the CSTO jurisdiction, making direct military interference by any third party highly unlikely. In the case of an open confrontation between Baku and Yerevan along the undisputed territories, however, interference by the Collective Security Treaty Organization (CSTO), where Armenia holds membership, would rather be inevitable. Therefore, while having definitely become forced to give a hard response to the loss of several high-profile officers, Azerbaijan is at the same time restrained in its reaction since the spillover of the hostilities into the Armenian territory risks unpredictable consequences. In this regard, some observers even do not shy away from reminiscing about the catastrophic repercussions of the Russo-Georgian war of 2008.

Nevertheless, while trying to identify the reasons for the outbreak, we can not fully rule out the CSTO factor either: especially considering that the Armenian side renewed its national security strategy on 10 July this year, just days before the shootings began, where a considerable emphasis was put on the alliance with Russia and on the CSTO membership. Accordingly, it may be speculated that by initiating the fightings along the state border, Armenian leader Nikol Pashinyan attempted to check the pulse and to see whether the CSTO could be dragged into the conflict: a positive response could have strengthened Armenian-CSTO (or Armenian-Russian) military alliance (which had been deteriorating due to Pashinyan`s recent measures, such as the arrest of the CSTO`s chairman from Armenia), while a negative reaction (or absence of reaction at all) could have further triggered anti-Russian sentiments in Armenia.

Right after the skirmishes broke out, Armenian authorities indeed called on the organization to get involved. But the CSTO`s reaction was not urgent. It first called, and then abruptly canceled, an emergency session of the organization’s security council, postponing it until an undetermined date. Moreover, two important members of the military bloc - Belarus and Kazakhstan - have usually been supporting Azerbaijan`s position on the Karabakh issue and could play an important role in holding off a CSTO session.

In fact, this latest escalation by Armenia fits perfectly into a pattern of behavior exhibited by Pashinyan in the last few months. In May this year, he participated in the swearing-in ceremony of the “president” of the “Nagorno-Karabakh” regime in Shusha, - a city with a significant emotional meaning for the Azerbaijani community - a move which was seen by Baku as highly provocative and quite unprecedented, even by the standards of the previous Sargsyan government. In June, Armenia announced the construction of a new highway connecting Armenia with Nagorno-Karabakh. This act was so egregiously provocative that even the EU had to comment on that, condemning Armenia’s decision and noting that “the decision to build this highway has been taken without the consent of the competent authorities of Azerbaijan – in violation of international law” and does not “help to create conditions conducive to trust, peace and reconciliation.” Although the reason behind the latest provocations is still unclear, it is possible that Pashinyan is seeking to turn the tables on his critics from far-right opposition groups who charge him with being too soft on Azerbaijan by spreading conspiracy theories that he is preparing to sell out Nagorno-Karabakh.

Hostilities between Armenia and Azerbaijan could have also been provoked by the elements of the old, anti-Pashinyan elites, which are quite strong in law-enforcement bodies and military. By entrapping the post-revolution prime minister, these elements might have aspired to display him as a weak leader, who had failed to resist Azerbaijan in a battlefield. One of the key messages in the acrimonious critique of Pashinyan by his domestic rivals, particularly the incarcerated former President Kocharyan (a native of Nagorno Karabakh), was that his inability to conduct a proper military policy would hurt the Armenian armed forces’ capacity and directly threaten the Karabakh regime. There are already rumours in Armenia about hundreds of casualties in dead, wounded and captured which have not been commented by the Ministry of Defense - this far it has already admitted the death of four combatants, which seems to be an unreliable figure bearing in mind the scale of fire.

The dramatic military escalation between Azerbaijan and Armenia is going on and this far it is impossible to say how far it may proceed. As it follows a qualitatively new scenario, the sides find themselves in a state of high uncertainty, while the traditional foreign guardians of the status quo seem to lack the understanding how to put the sides to peace in such unusual circumstances. However, in the final analysis this outbreak is the natural outcome of the years of neglect and mismanagement of the Nagorno-Karabakh conflict. The lessons of 2016 were not learned well enough by the international community which continued to rely on obsolete instruments and methods in the changing environment. While there has been growing recognition of the fact of the illegal occupation of the Azerbaijani territories, the “Velvet revolution” of 2018 has produced unsubstantiated and naive expectations that the allegedly liberal new government of Armenia would be enough to revive a peace process. In fact, the lack of international pressure upon Armenia only meant that the Pashinyan government gradually slided towards populism on the Nagorno-Karabakh issue and made a number of provocative steps that ignited the situation even further. No ceasefire can be lasting unless it is supported by tangible measures to finally restore the rights of Azerbaijani IDPs and hold the territorial ambitions of the Yerevan elite. 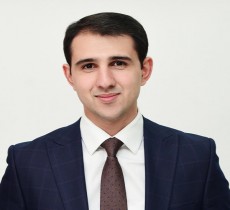 Polad Muradli is a graduate of master in International Security from Sciences Po, Paris School of International Affairs. He holds a Bachelor degree from Baku State University, faculty of International Relations. He specializes in the security dynamics of Central and Eastern Europe, as well as Eastern Partnership countries.