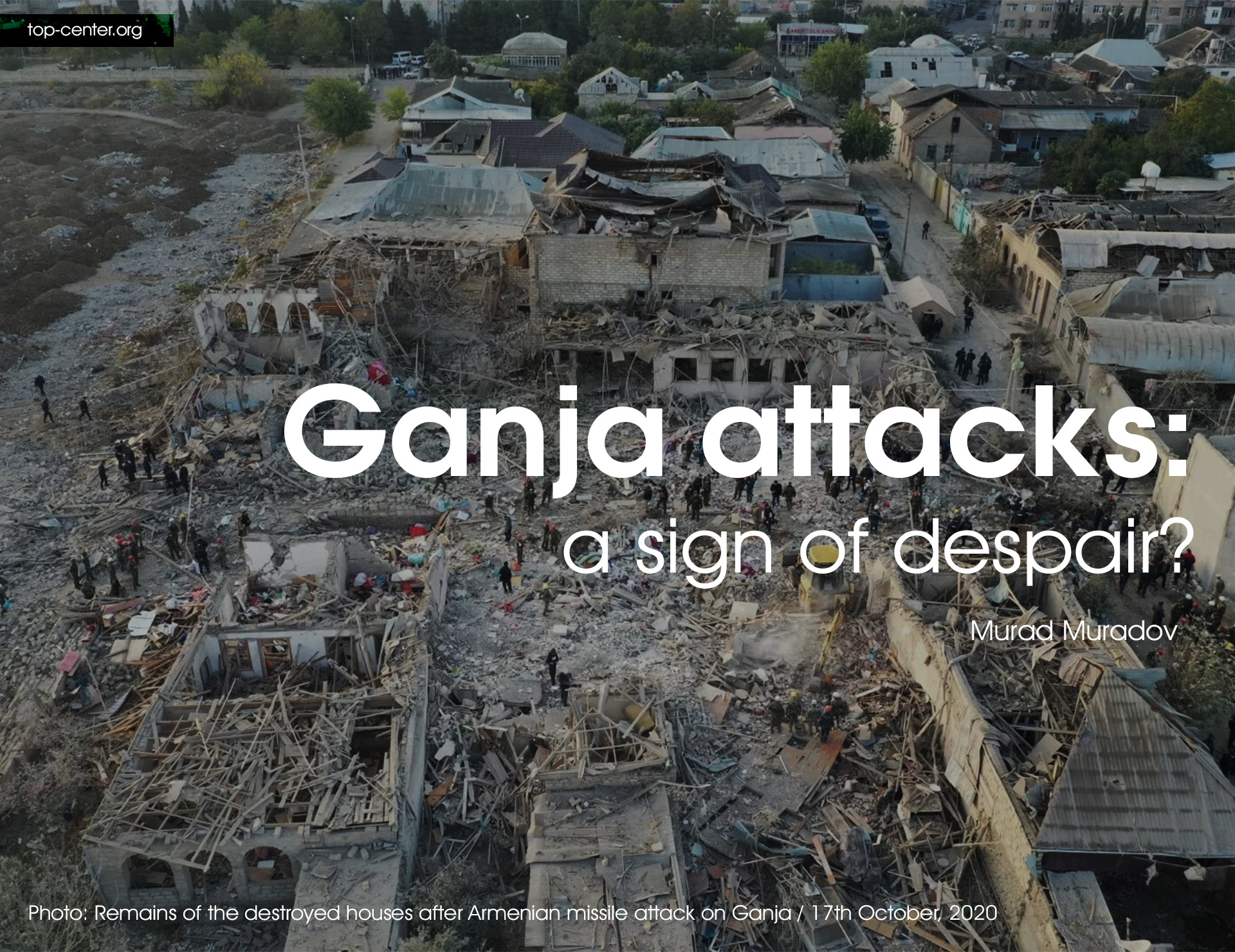 On 4 October in the morning, the Armenian side conducted several strikes, most probably with Russian-produced Smerch missiles, against Ganja, the second biggest city of Azerbaijan. One man died, 32 people got injured, and a number of houses were destroyed. Among the injured residents of the city was an ethnic Armenian, 77 year-old Karina Grigoryan.

Located some 70 kilometres from the contact line between Azerbaijan and Armenian forces, Ganja has not been previously used as a base for military raids in the current conflict. That's why Armenian claims that this bombing had purely military purposes does not stand any litmus test. While the army of the so-called "Nagorno-Karabakh Republic" claimed that they managed to destroy the Ganja military airport, these statements were soon refuted and the airport was shown to be safe and sound. Moreover, the areas shelled are situated far from any significant military objects. According to initial research, the missiles were highly likely launched from the territory of Armenia itself, as against the separatists-controlled area.

The major reason for this action was probably Armenia's desire to involve major powers to the conflict by provoking Baku to open fire against the targets within Armenia and activate the Collective Security Treaty that demand collective self-defense in case of an aggression against one of its members. This goal was probably chosen as a method of last resort as the Azerbaijani army had achieved significant breakthroughs on the battlefield during the two previous days, liberating the major communications hub of the Northern Karabakh, Madagis (renamed Suqovushan) and a number of settlements in the south, as well as inflicting significant damage in terms of equipment and soldiers. As it became clear that Moscow was not going to get involved as long as the battlefield is limited to the territory of Azerbaijan, Armenian Prime Minister Pashinyan seemed to be driven to raise the stakes. This also fits the pattern of his earlier statements when Pashinyan desperately claimed that the current outbreak is a continuation of the "Armenian genocide" and is pursued by Turkey which aims at finish off the Armenian statehood. The statement of the "president" of the self-proclaimed “Karabakh Republic” about their readiness to attack major cities of Azerbaijan, was characterized by a number of experts as being on the verge of terrorism and warnings have been widely made that this might have very negative consequences for the whole region and for the ability to finally achieve peace.