Discrimination campaign against Azerbaijanis in Georgia 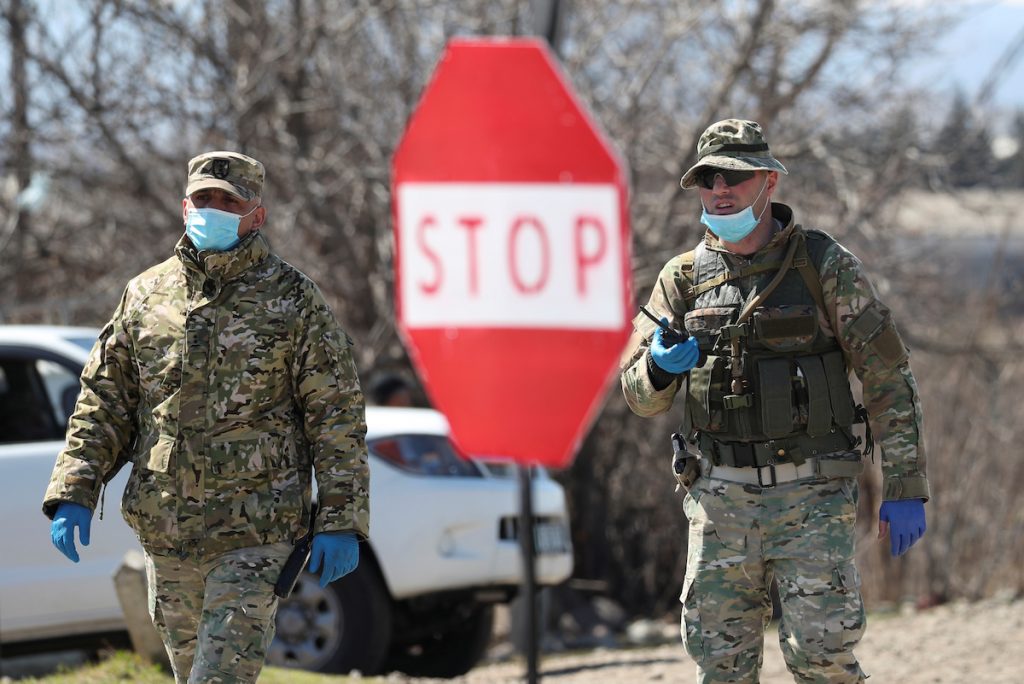 On the night of March 22, the regions of Marneuli and Bolnisi in Georgia were isolated from the outside world, with Prime Minister Giorgi Gakharia declaring the area a "red zone." An ethnic Azerbaijani woman from Marneuli, who was hospitalized on March 18, turned out to be infected with coronavirus. Having participated in crowded rituals such as a funeral and pre-Novruz Tuesday celebrations during the incubation period of the virus, she might have infected dozens of people.

The first COVID-19 death in Georgia was reported on the 39th day of the coronavirus outbreak in the country, April 4. Interestingly, the deceased citizen, a 79-year-old woman, was also from Marneuli.

The situation is aggravated by the fact that ethnic Azerbaijanis, who make up the majority in the region, have poor knowledge of Georgia; as a result, they are usually poorly informed about the developments and announcements within the country.

After Marneuli and Bolnisi were quarantined because of the COVID-19 infected woman from Marneuli, a campaign of hate speech against ethnic Azerbaijanis living in Georgia was launched on Facebook. Along with the insults, the emphasis was put on the level of knowledge of Georgia`s state language by Azerbaijanis: the comments mainly point out that Azerbaijanis in Georgia do not follow the security rules announced in the country due to their lack of knowledge of Georgian. Those Georgians, who author such comments, claim that Azerbaijanis are a burden to Georgia and make no contribution to social, economic, political life of the country and so on. For example, the post on a special quarantine zone in Marneuli on the official Facebook account of Irakli Garibashvili, Georgia`s Defense Minister, is accompanied with this type of opinions.

In the Marneuli region, home to more than 100,000 people, ethnic Azerbaijanis make up majority. Like other ethnic minorities in Georgia, one of their main problems lies in poor knowledge of the state language. Since the Rose Revolution, the government has enacted laws requiring minorities to communicate with local officials in Georgian, obtain official documents in Georgian, file complaints in Georgian, or receive services in Georgian. In particular, under former President Mikheil Saakashvili, some work has been done, especially, in the field of education, to accelerate the integration of ethnic minorities, including Azerbaijanis, into Georgian society.

However, the language problem, including the difficulty of transmitting information from the center to periphery, remains. Almost no one watches Georgian TV channels here. The information is mainly received from Azerbaijan-based channels. Therefore, many could be unaware of the current situation about Coronavirus. This is also related to the daily routine of the people dwelling in the region. As they are mostly engaged in agriculture and it is now time to work on soil, there is no time to watch television. In other words, ethnic minorities have poor access to information provided by public service broadcasters and private television companies: although Georgian Public Broadcasting still airs some news in ethnic minorities` languages, but private television companies do not possess this experience. Local and regional public or private media coverage is also weak. According to a 2019 study by the Institute for Social Research and Analysis, 13% of the Azerbaijani community receives information about events in Georgia almost every day, 29% in Georgian. Interestingly, the rate of information retrieval is particularly low among the older age groups.

Time to time, this problem is voiced up in society, even by the Azerbaijanis themselves. For example, young activist Rashan Ziyadaliyev protested against MP Mariam Jashi's statement on ethnic Azerbaijanis at an event in Tbilisi in May 2019 entitled "State language, civic integration and human capital development in Georgia" and raised the issue of the language barrier.

By the way, Ziyadaliyev and members of the non-governmental organization he had founded officially appealed to the Municipality of Marneuli in August 2019, demanding that the articles posted on the official website and Facebook page of the municipality be in Azerbaijani in addition to Georgian. It was noted that such a step would be necessary in terms of conveying government information to ethnic Azerbaijanis in a language they understand, accelerating their integration into Georgian society and ensuring their participation in local self-government bodies.

As it is mentioned above, the language problem of ethnic Azerbaijanis has become a target for some Georgians. Hate speech against ethnic groups living, especially against Azerbaijanis in Georgia, was spread on social networks, namely on Facebook: “You have brought this virus from Azerbaijan, and the sooner you leave, the better we will breathe.”

In response, Azerbaijani youth launched a campaign on social media against discrimination and hate speech. Through this action they try to draw attention to the fact that the coronavirus infection has occurred in other regions as well and that the language problem is not the fault of ethnic Azerbaijanis only. A number of Azerbaijani activists played a major role in starting this campaign. For instance, according to Hamid Sadig, a teacher and bookstore owner in Tbilisi, the virus was the fault not only of the Marneuli populace, but of society as a whole. “The coronavirus will be gone, but the hatred displayed by about two-thirds of society will never be forgotten,” he wrote. Hamid`s slogan “I know Georgian; I do not violate state restrictions; and I stay at home!” was followed by other youngsters from the Azerbaijani community who shared similar texts.

Another Azerbaijani activist Sevda Garayeva wrote on her Facebook account: “Georgia is our beloved homeland and we have no other homeland where we are allowed to live… There are many youngsters in Marneuli who are actively involved in the national development and speak the state language well (for some reason, Marneuli is covered in the media only in a negative context)... People living here do not have a “low” attitude to the Georgian language… Why the older generation does not know the state language has a number of political or social reasons... In times of crisis, we must pay attention to solving problems and not look for the guilty.”

An NGO of Azerbaijani community of Georgia, Salam, has also been active in launching an Azerbaijani-language information campaign, calling on the population to comply with state restrictions.

According to the organization's spokesman Elnur Aliysoy, “the Azerbaijani community, which receives information from Azerbaijani, Turkish and Russian channels may not properly realize the risk of coronavirus. Therefore, the purpose of the campaign is to inform as many people as possible about the serious danger of this virus.” The organization also appealed to the Georgian government, public and private broadcasters to take certain measures for providing information about the COVID-19 in Azerbaijani and preventing the spread of hate speech and discrimination.

An initiative group named “I Choose Equality” has produced a video with a “No to Hate Speech” hashtag. In a video posted on social media on March 27, Georgian, Armenian, and Azerbaijani youth stress that the pandemi could spread in Georgian regardless of ethnic identity, and condemn discrimination against ethnic minorities.

On March 29, Georgian President Salome Zourabichvili visited Marneuli, which was under special quarantine. The head of state got acquainted with the situation in the region, while the governor of Kvemo-Kartli Shota Rekhviashvili and the mayor of Marneuli Zaur Dargalli reported on the restrictions imposed under the quarantine regime and the medical examination of the population.

Tamta Mikeladze, an ethnic Georgian activist, wrote a message of solidarity to the residents of Marneuli and Bolnisi on her Facebook account. In this open letter, Mikeladze apologized for the insults against region`s inhabitants and wished them strength and solidarity in this difficult situation: “This letter is written to you by ordinary citizens of Georgia and we call on everyone to support you. We value you as our friends, acquaintances, strangers, and the most important part of Georgia, and thank you for your valuable work for the common good. We are citizens of the same country and share common social problems. There is no such thing as a separate problem of Georgian Azerbaijanis; it is an equal problem for everyone.”

Hundreds of ethnic Georgians shared the letter and expressed their support for the local Azerbaijani population. 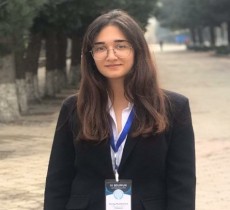 Nuray Rustamova is a bachelor student of International Relations at Baku State University. Her spheres of interest cover the Middle East and the Caucasus, as well as ethnic and religious conflicts.