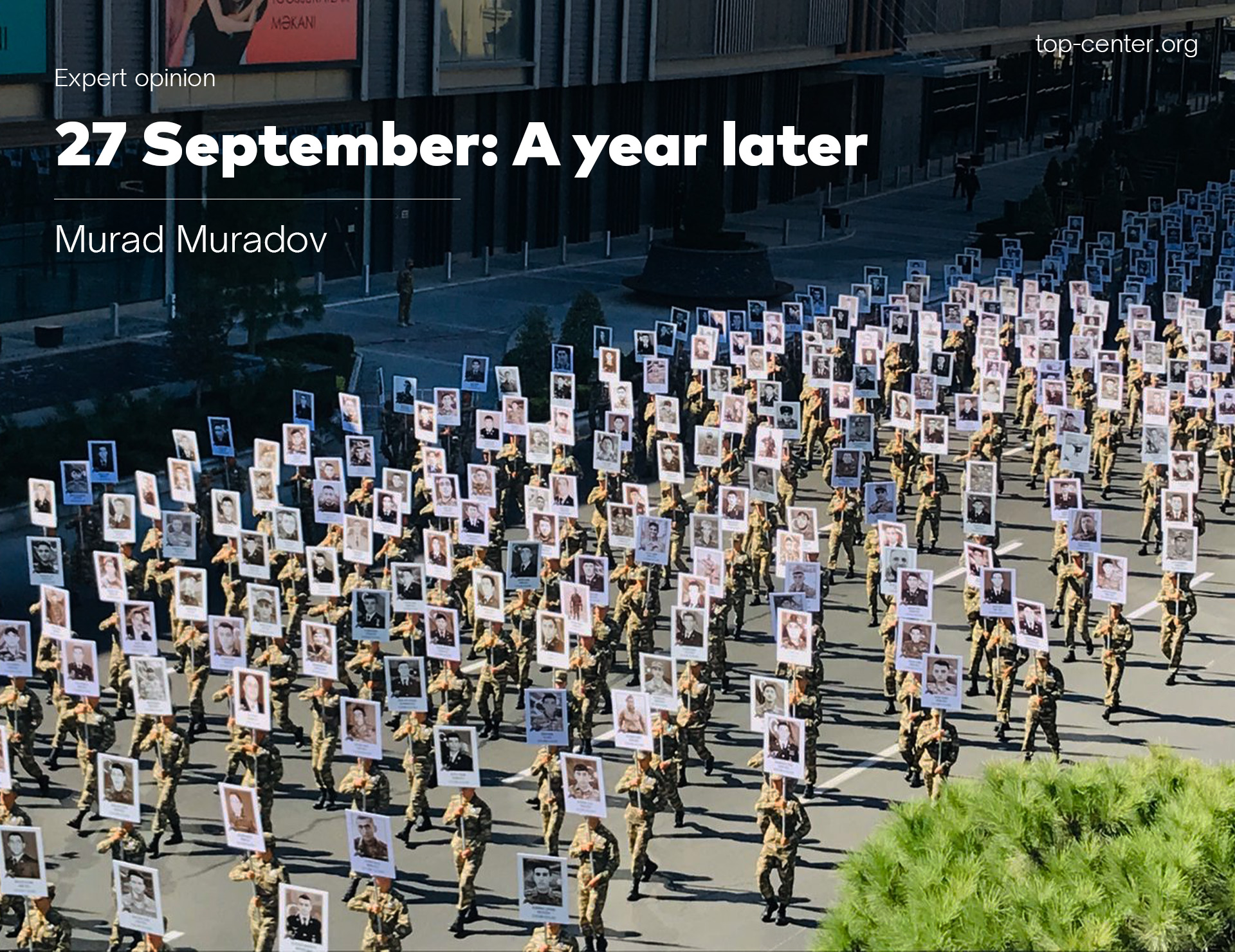 One year ago, early in the morning of September 27, 2020, the Second Karabakh, or, as it would be dubbed later, the 44-day war broke out. The relative brevity of the war was more than offset by the incredible intensity of the fighting which claimed, according to the official statistics, about 7,000 lives from both sides (to compare, the victims of the first war which lasted about 3 years, totaled some 30,000). As the outcome of the war, the area of approximately 9,000 square kilometers of the previously occupied Azerbaijani territory was liberated while the remaining patch of the former “Republic of Artsakh”, according to the trilateral agreement of Azerbaijan, Armenia and Russia, has been temporarily turned into a zone of responsibility of the Russian peacekeeping force.

The short war in a small region considered of secondary importance in the global geopolitics has nevertheless set a number of important far-reaching trends. First of all, very few experts, and probably political leaders as well, believed the status quo which had lasted for so many years, could be turned upside down in such a dramatic fashion. Statements made during the war by major international organisations and many states suggested that while paying lip service to the territorial integrity of Azerbaijan, they weren’t particularly cheerful about the latter securing it with military means. However, the outcome of the war once more emphasized the vital need to draw a line between peace and a ceasefire, and never to rely on the latter playing the role of the former. The Azerbaijani victory and the fact that all the threats to interfere and somehow “punish” Baku for her perfectly legitimate campaign turned out to be void have shown that reliance on frozen conflicts as a geopolitical tool is a rather shaky path, and will make other beneficiaries of unjust status quo to think twice before relying on various patrons for its indefinite prolongation.

On the other hand, the 44-day war has catalyzed or accelerated a number of geopolitical processes of utmost significance. It became probably the most tangible success of Turkey in her recent assertive policy across the region; Ankara has demonstrated readiness to actively help Azerbaijan in restoring her territorial integrity and positioned herself as an actor in the region no one can ignore or bypass. It reinforced probably the most interesting geopolitical trend- the rise of ad hoc alliances or co-operations otherwise disconnected or even outright adversary, on certain specific issues. During the war, Baku was supported, apart from Turkey, by Pakistan and Israel, the latter not being on friendly terms with either Ankara or Islamabad. The war pushed Russia out of its comfort zone, made it clear that decades-long methods of projecting influence had stopped working and drove Moscow towards a much more complex and nuanced policy in the region where it had earlier preferred not to engage in the science of slight differences. Finally, it marked, on one side, the falling ideological influence and prestige of the West which failed to take a principled position on the issue and showed a lack of will for being an engaged player in South Caucasus, and on the other, underlined the existence of certain fractures within it, as Great Britain and, to an extent, Italy supported Baku while France together with some other countries took a mostly pro-Armenian stance. In the textbooks of the future, the Second Karabakh War may be regarded as an important prelude to the period of global turbulence, shifting alliances and undermining international security order.