Shusha Declaration in the context of post-war connectivity configurations 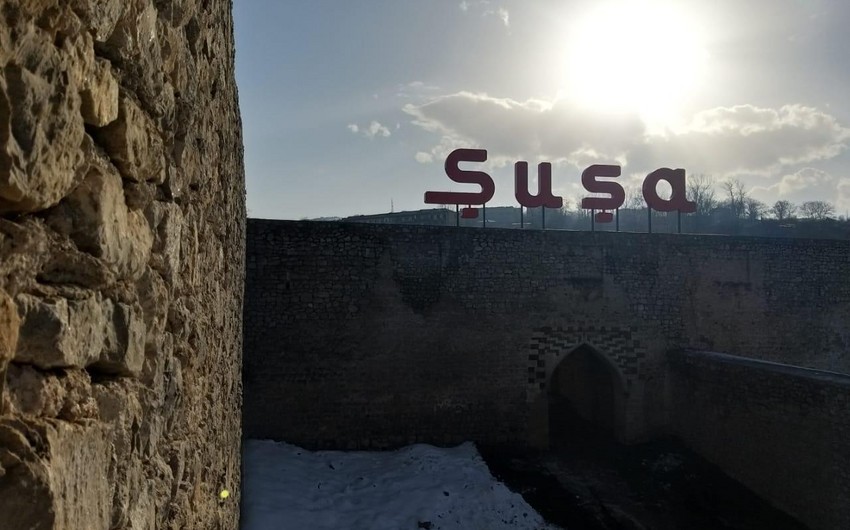 A joint declaration signed between President of Turkey Recep Tayyip Erdoğan and President Ilham Aliyev on June 15 in Shusha – at the heart of Karabakh – signifies a beginning of a new phase both in the bilateral relationship as well as in the context of post-war regional configurations. It is a historic document that lays out parameters of strategic relations between Ankara and Baku. Highlighting the importance of the document, President Ilham Aliyev underscored that the joint declaration raised the relations between the two countries to their highest point, adding that Turkey and Azerbaijan would continue to ensure each other's security. The declaration reaffirms that Baku and Ankara would support each other in case of a threat or aggression from a third state. In those cases, Baku and Ankara would conduct joint consultations and take steps in accordance with the goals and principles of the UN Charter.

The Shusha Declaration will play a critical role in building sustainable peace between Armenia and Azerbaijan since it cements the post-war status quo and makes any revanchist adventurism or dreams of a new war coming from Armenia impossible to realize, which is something all geopolitical centers should be interested in. Establishing solid foundations for the peaceful development in the South Caucasus is a priority and having a direct reference to the historic Kars Treaty (1921) in the Shusha Declaration and plans to open a consulate in Shusha serve exactly this purpose. They strengthen the post-war peace process by making it almost impossible to undermine through violence, provocation, or attempts at changing facts on the ground.

Another very important dimension of the Shusha Declaration is plans to establish new transportation routes in the region after the Second Karabakh War, especially the Zangezur corridor. The Zangezur Corridor will connect Azerbaijan with its exclave, Nakhchivan Autonomous Republic, through the southern Zangezur (Syunik) region of Armenia. Restarting this corridor, which has been defunct since the First Karabakh war, is important for multiple geo-economic reasons. The Zangezur corridor through Nakhchivan will significantly cut transit time between Azerbaijan and Turkey. Baku and Ankara are already working on establishing a railway line between Nakhchivan and Kars in Turkey. Turkey and Azerbaijan are already connected via the Baku-Tbilisi-Kars railway line that goes through Georgia, but the Zangezur Corridor will give an additional and critical impetus to bilateral economic relations.

This corridor could also play a key role in linking the Turkic states. On March 31, during an informal Summit of the Turkic Council, President Ilham Aliyev underscored the importance of this corridor in reconnecting the Turkic world. “The decision to separate Zangezur from Azerbaijan and annex it to Armenia led to a geographical divide of the Turkic world. If we look at the map, it looks as if a dagger was stuck in our body and the Turkic world was separated. Zangezur, the land of ancient Azerbaijan, will now play the role of uniting the Turkic world because the transportation, communication and infrastructure projects across Zangazur will unite the entire Turkic world and create additional opportunities for other countries, including Armenia,” the president noted. The Zangezur Corridor, along with the Kars-Nakhchivan, Baku-Tbilisi-Kars railway lines, and the Kars Logistics Center, will make the Middle Corridor – a competitive route to connect Asia to Europe. The Zangezur corridor will create a new superhighway in the region and have a positive impact on economic and trade relations in the Eurasian heartland. It will serve as a gateway to Central Asia for Turkey and enable the Central Asian countries to have a very important access to European and potentially to Middles Eastern markets through Azerbaijan and Turkey.