Shusha provocation: a fatal blow to the peace process? 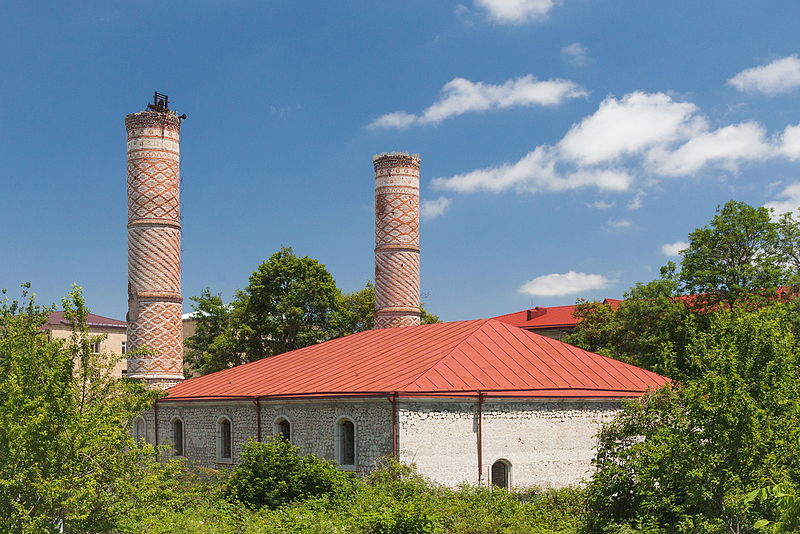 On May 21, an “inauguration ceremony” was organized in Shusha for the puppet leader of the “Nagorno-Karabakh Republic”, an unrecognized entity on Azerbaijan`s territories currently occupied by Armenia. While the continuing occupation and the fruitless negotiations have been lingering for over 25 years already, are a constant source of frustration for the Azerbaijani society, this year`s provocative move by the Armenian side brought this frustration to what may seem as all-time high.

First, the separatist regime of the breakaway territory held “presidential” elections amid the pandemic in two rounds (March 31 and April 14). In other words, when the COVID-19 was spreading in the region with a growing rate, the illegal “authorities” of Nagorno-Karabakh put thousands of lives under risk, with the aim to legitimize the status of the unrecognized entity. Nevertheless, pandemic-related restrictions destroyed the Armenian plans to invite outside observers to construct an image of democratic and fair elections in Nagorno-Karabakh, using it as evidence of alleged “rights for self-determination” they claim for the Armenian population of the region. Moreover, a number of countries and international structures (including European Union, NATO, the OSCE Minsk Group, the Organisation of Islamic Cooperation, the GUAM Organization for Democracy and Economic Development, the Cooperation Council of Turkic-Speaking States, Non-Aligned Movement) unequivocally condemned this illegal action of Armenia and rightly called  “elections” illegitimate, openly declaring that in no case they would recognize the occupation regime. This was a severe blow to all the efforts of the Armenian lobby to achieve recognition for the fictional "Nagorno-Karabakh Republic".

Later on, the newly-elected leader of the separatist region opted to hold his oath-taking ceremony, for the first time since the occupation of Nagorno-Karabakh and surrounding territories, in Shusha, an ancient town that has a tremendous moral significance for the Azerbaijani side. Historically, Shusha had been an important cultural center for Azerbaijanis, a birthplace of many prominent social figures, musicians and writers, and until the hostilities, ethnic Azerbaijanis had constituted above 95% of its population, in contrast to the rest of the Nagorno-Karabakh. At the same time, the severe bombardment during the Armenian capture of the town in 1992 left Shusha in a decrepit condition and turned it into almost a ghost town, mainly populated by refugees and lacking any proper infrastructure or work facilities. Hence, holding the ceremony right there could not be explained by any reason other than a desire to provoke and offend Azerbaijanis.

The latest events are part of a larger narrative, as Armenia after the “Velvet Revolution” that brought Nikol Pashinyan to power, has been very actively trying to bring “Nagorno-Karabakh Republic” to the negotiation table. This move is categorically rejected by Azerbaijan on the grounds that despite the Armenian claims that Nagorno-Karabakh is an independent republic, all the statements and actions of Armenia attest to its exercise of effective control over the occupied territories. For instance, Prime Minister of the Republic of Armenia holds a meeting of his country`s Security Council in Shusha, Karabakh, and once claimed at a rally in Khankendi that “Karabakh is Armenia, full stop”. He openly boasted with sending his son to take his military service in Nagorno-Karabakh, as many Armenian soldiers actually do. Even during the recent event, the new leader of the separatist regime in his “inaugural speech” stated that “Karabakh is Armenia.”

Already in 2015, the decision of the European Court of Justice on the “Chiragov and others vs Armenia” case unequivocally stated that the Armenian state bears responsibility for the acts committed within the territory of Nagorno-Karabakh due to its effective control over it.  These arguments support the view that the independence narrative on Nagorno-Karabakh is just a temporary pretext to incorporate the whole region into Armenia. And this incorporation policy is happening through occupation and ethnic cleansing: with over 700,000 Azerbaijanis exiled from their homes, Armenians are the only people to occupy both the Republic of Armenia and Nagorno-Karabakh, having created a mono-ethnic regional space at the expense of other ethnic groups, based on the vehemently anti-Turkish and anti-Azerbaijani nationalistic ideology.

While during the first months after his rise to power, Armenian Prime Minister Pashinyan made a number of conciliatory statements and supported several joint initiatives to restore hope for the restoration of peace process, such as the “Platform for preparing populations for peace”, or a constant line of contact with President Ilham Aliyev of Azerbaijan that helped to considerably reduce border incidents and avoid many soldier deaths, throughout 2019 the situation gradually deteriorated again as Pashinyan made a number of radical statements that undermined earlier efforts to boost the peace process and aroused a lot of negative feelings in Azerbaijan. However, the latest episode which comes shortly after a series of talks between the two countries’ foreign ministers, caused a proper outrage, and social networks are now abound with calls for a military strike against the separatists or at least, for freezing the negotiations altogether. The Azerbaijani government remains reserved, demonstrating that it does not want resumption of hostilities and another full-fledged war in the area, which may claim thousands of lives and ruin the regional economy. At the same time, however provocative the regimes’ activities in Shusha are for Azerbaijan, official Baku’s position ultimately relies on the primacy of international law and hence views the whole occupied territories as part of Azerbaijan, without differentiating between Shusha, Khankendi or Khojaly which had all been parts of the Nagorno-Karabakh Autonomous Oblast’ of the Azerbaijani SSR. Unlike Armenia, Azerbaijan does not pursue ethnic exclusion: on the contrary, President Aliyev has repeatedly recognized the status of Karabakh Armenians as citizens of Azerbaijan entitled to enjoying the full scope of rights granted by their citizenship. This policy has only intensified with the recent activation and important proposals of the Nagorno-Karabakh Azerbaijani community for peace-building and restoring trust between the communities which, unfortunately, mostly fall on deaf ears on the other side.

What about Armenia? The country has seen growing domestic instability and intensifying struggle for power throughout the last year. Arrests of former President Robert Kocharyan and the former Secretary General of Russia-centered Collective Security Treaty Organisation (CSTO) Yury Khachaturov by the new government are interpreted as Pashniyan’s attempts to weaken the Russian influence and power of the “Karabakh clan” in the country. By doing so he quite predictably alienated the influential Nagorno-Karabakh community which had supplied two previous presidents and were frustrated to see their influence waning. As the circles connected to the “Nagorno-Karabakh Republic” together with Armenian nationalists started to openly call Mr. Pashinyan “a traitor” and blame him in being ready to sacrifice the separatists’ interests, the Armenian President, in order to calm down his critiques, repeatedly came to Nagorno-Karabakh and made a number of statements which went further in terms of justifying the occupation than anything previous presidents had said, and caused much irritation in Azerbaijan. At the same time, to support his shuttered credentials as a progressive democrat he still from time to time declares his commitment to peace and willingness to improve the negotiation process- however, making it de-facto impossible with his provocative statements. Thus, the peace process whose restoration was so much hoped for, falls hostage to intricate power games in Armenia.

The “presidential elections” in Nagorno-Karabakh amid the pandemic and the consequent “presidential inauguration” in Shusha have delivered no contribution to the conflict settlement. Instead, these illegal and irresponsible actions brought further controversy, alienation and distrust between the conflicting parties.