The transformation of political life in Belarus 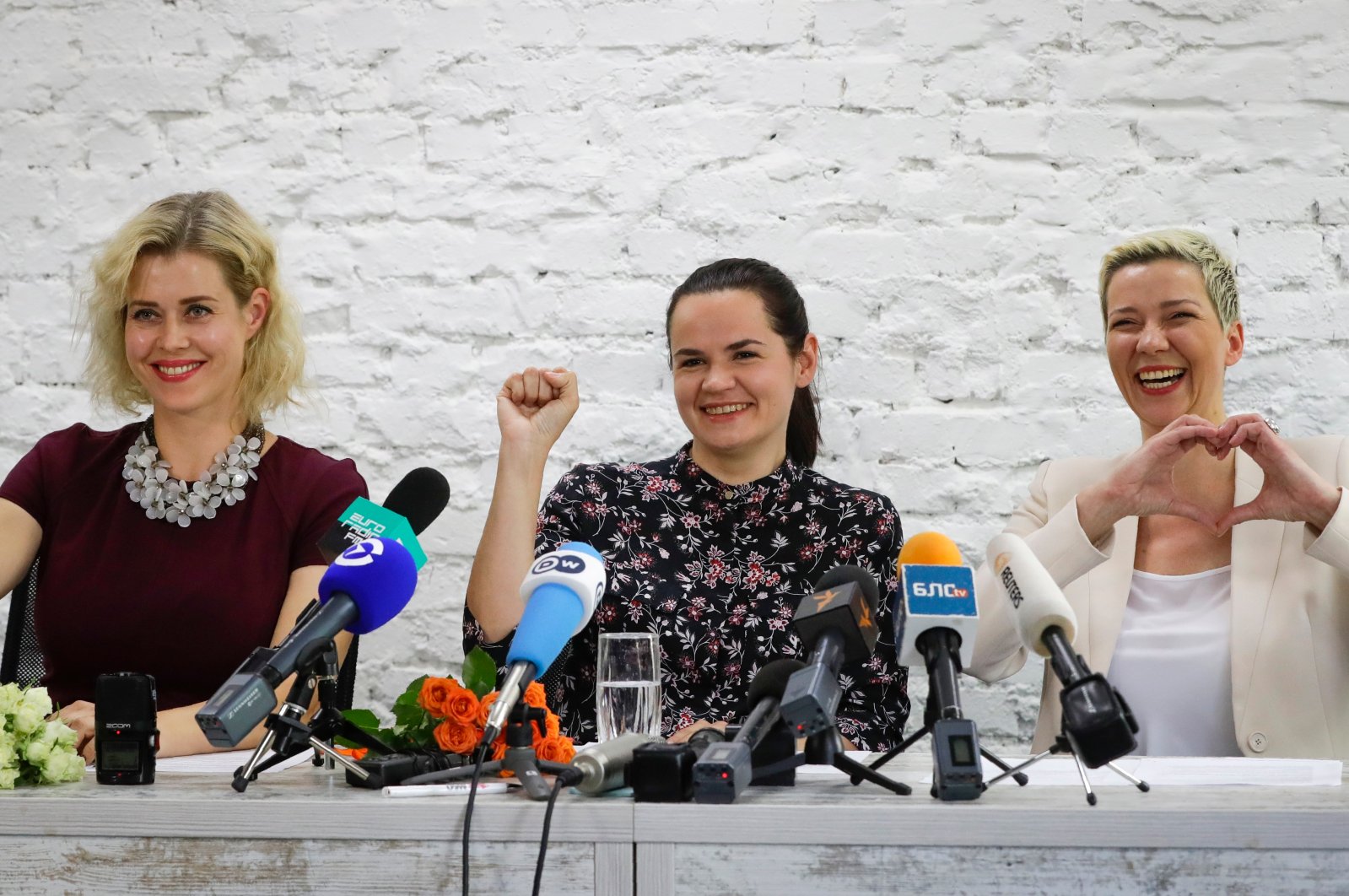 We are witnessing a remarkable phenomenon: the emergence of a new political force in Belarus. Despite the arrest of hundreds of people, including two of the main opposition candidates, and despite provocations such as the alleged terrorist threat from members of the Russian Wagner Group, the authorities have been unable to stem the wave of popular enthusiasm for the self-styled campaign of “three fighting women,” the candidate Sviatlana Tsikhanouskaya; the spouse of barred candidate Valer Tsepkala, Veranika; and the campaign manager for the imprisoned Viktor Babaryka, Maryya Kalesnikava.

Tsikhanouskaya entered the campaign reluctantly, following the arrest of her husband Siarhei, a popular blogger with a YouTube channel followed by thousands. Siarhei referred to Lukashenka as a cockroach, and encouraged his supporters to come to rallies carrying slippers, the usual device to squash cockroaches. In the early stages of the election, however, unofficial polls suggested that Babaryka, the former head of the Belgazprom Bank, was the leading candidate and well ahead of incumbent president Aliaksandr Lukashenka.

Along with the epithet of cockroach, Lukashenka was also saddled with the nickname ‘Sasha 3%’, the result of an online poll conducted by the opposition. Though clearly an underestimate, the president expressed his irritation with such phrases when meeting with the public in late June.

How should we view these events? What could change after the elections on 9 August?

Lukashenka, who came to power in the first presidential elections of 1994, has an established pattern for repeated victories: tight control over the Central Election Commission, chaired by his close ally Lidziya Yarmoshyna; limiting the campaigns of his rivals to isolated TV slots and rallies in remote areas of Minsk; and predetermined election results. In the past, such measures served to inflate his vote totals but he remained quite popular, certainly well ahead of his opponents. In 2020, this is no longer the case. The question is why.

First, he provoked dissent three years ago with the introduction of so-called Parasite Laws, taxing those who were unemployed for more than half the year. Protests broke out spontaneously in many cities and ultimately the law was shelved.

A second event in April 2019 was also opposed quite bitterly by many, including members of official and unofficial churches. Evidently irritated by the installation of wooden crosses at Kurapaty a memorial site for the victims of Stalin (1937-1941) on the outskirts of Minsk, the authorities ordered the destruction of about 100 of them around the vicinity and then erected a fence around the entire site.

It was, however, the third event that evoked most anger: the president’s dismissal of Covid-19 as a psychosis and his refusal to take measures to protect the population. Mockingly, he suggested people should take saunas or go the countryside and drive tractors. Cities and towns adopted their own measures instead, but almost 70,000 residents of Belarus have contracted the virus and the death total of 550 is suspiciously low.

Added to the above events is the gradual erosion of the president’s popularity induced by falling living standards as a result of Russia’s curtailment of oil and gas at subsidized prices that can be resold for high profits. Belarus, in short, is in economic turmoil and the president seems powerless to do much about it. He is reluctant to privatize companies, dismissed a fairly progressive Cabinet on the eve of the elections, and during this campaign, he has turned on private banks with links to Russia. The impressive IT development at the High-Tech Park is now linked to his electoral opponent Tsapkala, who has taken the children and fled to Russia, believing he was about to be arrested.

Still, the scene was set for an inevitable victory with the detention of the major electoral opponents, alongside leading activists, cutting off areas where people could gather and the restriction of real opposition to the politically inexperienced Tsikhanouskaya. Lukashenka referred mockingly to the prospect of a female president, commenting that he would introduce an amendment to the Constitution to make army service a necessary prerequisite for candidates.

Yet nothing has worked. Tsikhanouskaya has developed day by day into a formidable candidate: she has a quiet yet reassuring presence, and appears genuinely one of the people, more populist than the archetypal populist president. Initially, she said she had no desire for power, and sought only another election once the imprisoned candidates were free to campaign. She has admitted she is afraid. What is evident from her public appearances, however, is that she is now more popular than the other candidates, including her spouse and Babaryka.

Her rallies have attracted increasing numbers. The culmination point was the rally in Minsk on 30 July, which was legal though the authorities were linking the alleged terrorist threat linked to Siarhei Tsikhanouski. Facing over 60,000 in the massed crowd, dressed in a blouse and blue jeans, Sviatlana simply shrugged off the allegation, treating it with the contempt it almost certainly deserved. Among the flags were both the opposition white-red-white and the official green and red. She spoke some Belarusian but mostly delivered her speech in Russian. In short, backed by her two female friends, she addressed herself to the widest possible audience.

On 31 July, she held her final rally of the week in the city of Lida, the site of a Russian aviation base. Though not on the scale of the Minsk rally, it was equally impressive. On YouTube, she issued a challenge to Lukashenka for a one-on-one debate. It is unlikely that she will get her wish. But under the circumstances, it will be equally hard for Lukashenka to maintain on 9 August that he received legitimately more than 70% of the vote.

That is not to say that he will be removed from power; but he has lost his popular appeal and has been unable to conceal that salient fact. The movement will continue after the elections.