Normalization between Turkey and Israel: Prospects and expectations 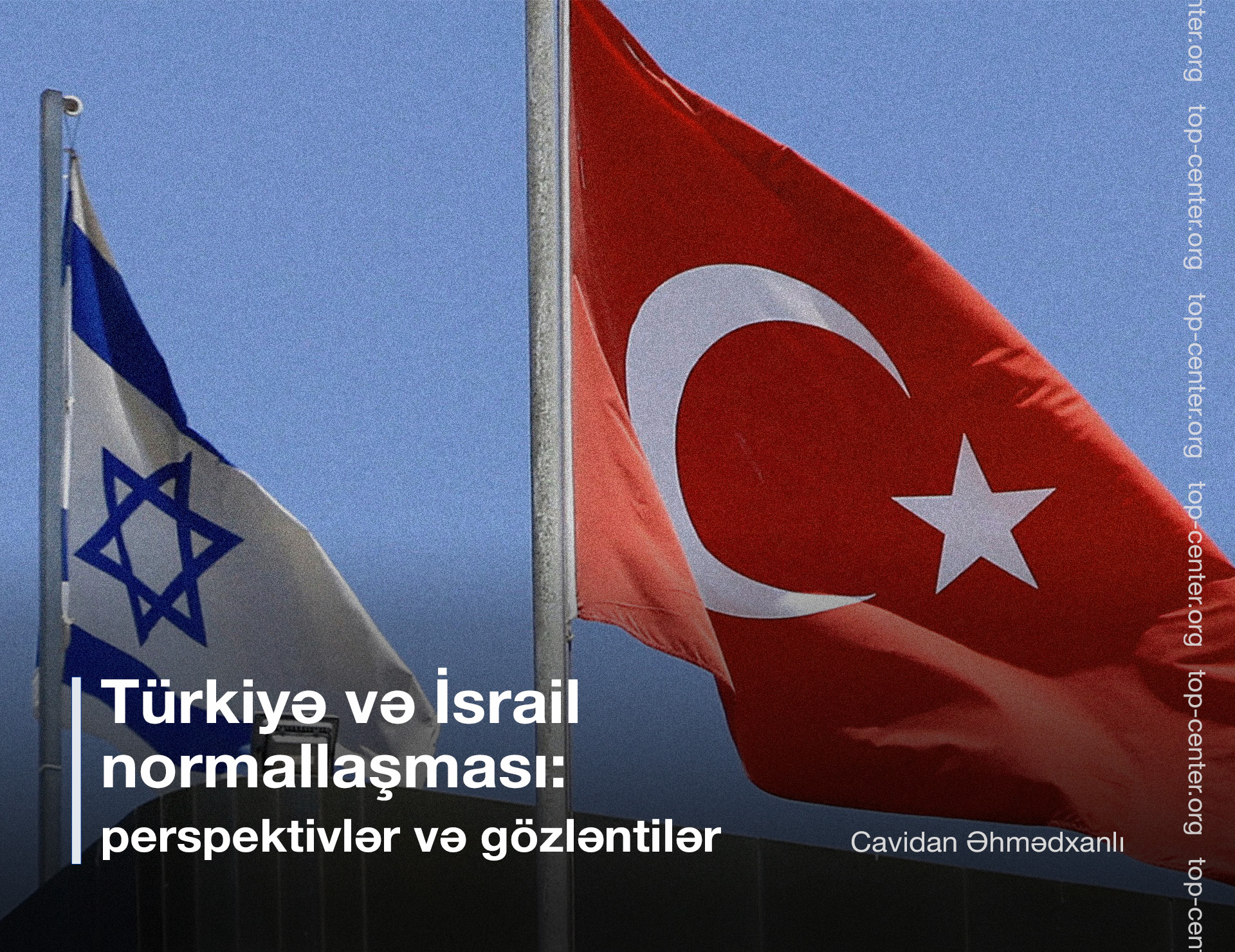 Israeli president Isaac Herzog’s visit to Turkey and the subsequent meeting with his Turkish colleague Recep Tayyip Erdoğan demonstrate that the ongoing normalization process between Ankara and Tel-Aviv has entered a new stage. The end of hostilities between the two countries which lasted almost 15 years carries the potential to alter the geopolitical landscape of the Middle East as a whole.

Under the label of ‘normalization process’ one can expect to see cooperation opportunities and reciprocal anticipations of unilateral appeasements and political gestures. In the context of cooperation, the first priority appears to be the transport of Israeli gas located in the Eastern Mediterranean to the European consumers. This very issue, which has been discussed for years, has caused a polarization among regional countries and put the trilateral initiative of Israel, Greece, and South Cyprus known as “EastMed”' in the spotlight.  However, in view of Turkey's harsh opposition to the initiative, profitability concerns, and other reasons, “EastMed” failed to get enough international support. Turkey’s main demand was to integrate the pipeline coming from Israel to the Turkish energy infrastructure before being transferred to Greece. And this can be ranked as a favorable alternative for Israel. In light of the aforementioned facts, the Greek PM’s visit to Turkey on March 13 could open the doors for the East Mediterranean gas transportation to get accomplished in a cooperative way rather than through confrontation.

Unilateral anticipations also have weight for both sides in the Israeli-Turkish normalization. The renowned Middle East expert Gökhan Çınkara from Turkey argued that this normalization process gives a chance to Ankara to restore its relations with the USA via the Israeli lobby. According to Çınkara, the Israeli lobby is capable of enhancing the image of Turkey in the US Congress, which currently has a highly negative attitude towards it. Getting the relations with Washington back on track could increase the mobility of Erdoğan’s government before the presidential elections, besides playing a significant role for Turkish regional interests.

However, Israeli expert Elmas Dean claimed that one of the crucial Israeli expectations from Ankara is to revise its ties to the most anti-Israeli positioned Palestinian organization, namely HAMAS. As it is known, Turkey has been backing HAMAS both politically and financially for a long time, and the headquarter of the organization resides in Istanbul. In Dean’s opinion, the transparency of Ankara on the normalization with Israel can be determined by limiting the operations of HAMAS in the country.

Simultaneously, it should be pointed out that Israel views the rapprochement with Turkey as a preemptive maneuver against Iran’s expansions of opportunities in the region. Indeed, Israel’s concerns derive from the state of the ongoing nuclear deal negotiations between Washington and Tehran, which saw the latter gaining ground in the last period. Being unable to change the attitude among the Democrats toward the nuclear deal with Iran, Israel aims to surround Tehran at the regional level by promoting more cooperation with other regional actors.

Normalization between Turkey and Israel stands in accordance with also the interests of Azerbaijan, which has friendly relations with both sides and claims to have an intermediary role in this process. Especially the cooperation potential between Turkey and Israel on the gas issue might create some opportunities for Azerbaijan making it possible to enter this process, as Azerbaijan achieved to realize some vital gas infrastructure projects passing through Turkey beforehand.