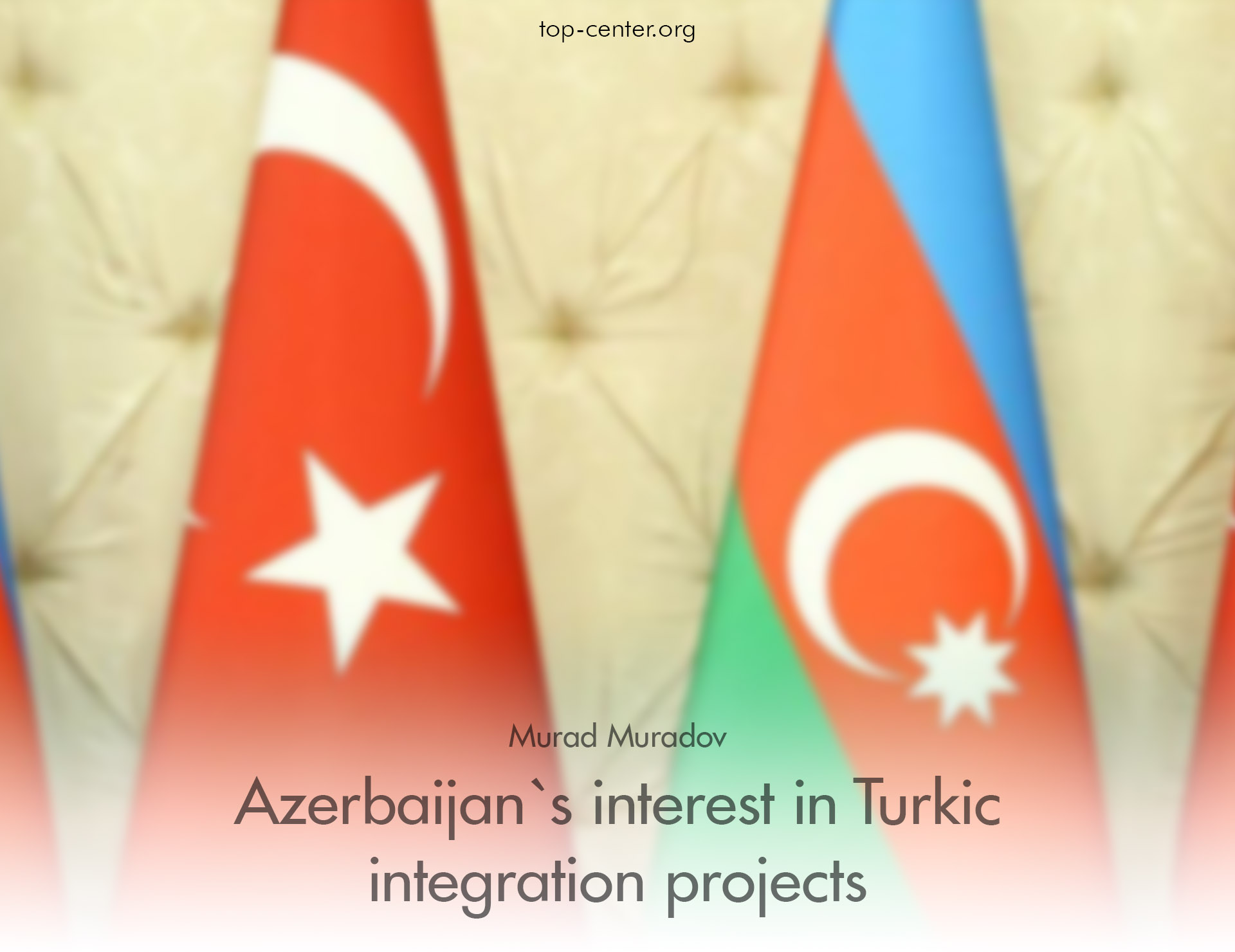 Azerbaijan's interests in the Organization of the Turkic countries should be considered in three aspects.

Firstly, symbolic, and ideological. Azerbaijan gained independence in the wake of the growth of national consciousness, awareness of its Turkic roots and the desire to reunite with brothers of origin from other countries. Therefore, for Baku, the organization TURKSOY, later the Turkic Council, has always been important for self-identification in the global world and strengthening both its own state ideology and legitimacy, and the promotion of soft power abroad.

The second aspect is political and strategic. Azerbaijan has a middle position both geographically and historically, as well as culturally between Turkey and the Central Asian country and perceives itself as a certain bridge in the Turkic world. This position is an important link between Europe and Asia, a crossroads of various transport routes. It is of significance that the Karabakh conflict had been the number one issue in Baku's foreign policy strategy for a long time. After the defeat in 1994, Azerbaijan began to strengthen its international status and role step by step, using various configurations and associations of countries. Positioning herself as a Muslim and secular, European, Turkic, Eastern and post-Soviet country, Azerbaijan feels “at home” in very different “companies” and integration associations. Unconditional support of its position among the Turkic countries, two of which are also members of the CSTO along with Armenia, is very vital for Baku in this regard.

Thirdly, the Turkic countries are very important for Azerbaijan from an economic point of view. On the one hand, Turkey is invariably one of the main trade and investment partners. On the other hand, it is the Turkic countries of Central Asia - Kazakhstan, Uzbekistan, Kyrgyzstan, and now Turkmenistan - that have the potential to create economic synergies that could potentially seriously spur the development of large international connectivity projects, as well as infrastructure facilities – a port and a free economic zone in Alat and the Baku-Tbilisi-Kars railway, in which Baku has invested billions of dollars. Strengthening economic relations with the Central Asian Republics through the creation of a common Turkic platform is the most promising way for Azerbaijan to expand regional significance and, accordingly, dividends from these projects.