Possibility of the Russia-Ukraine full-fledged war 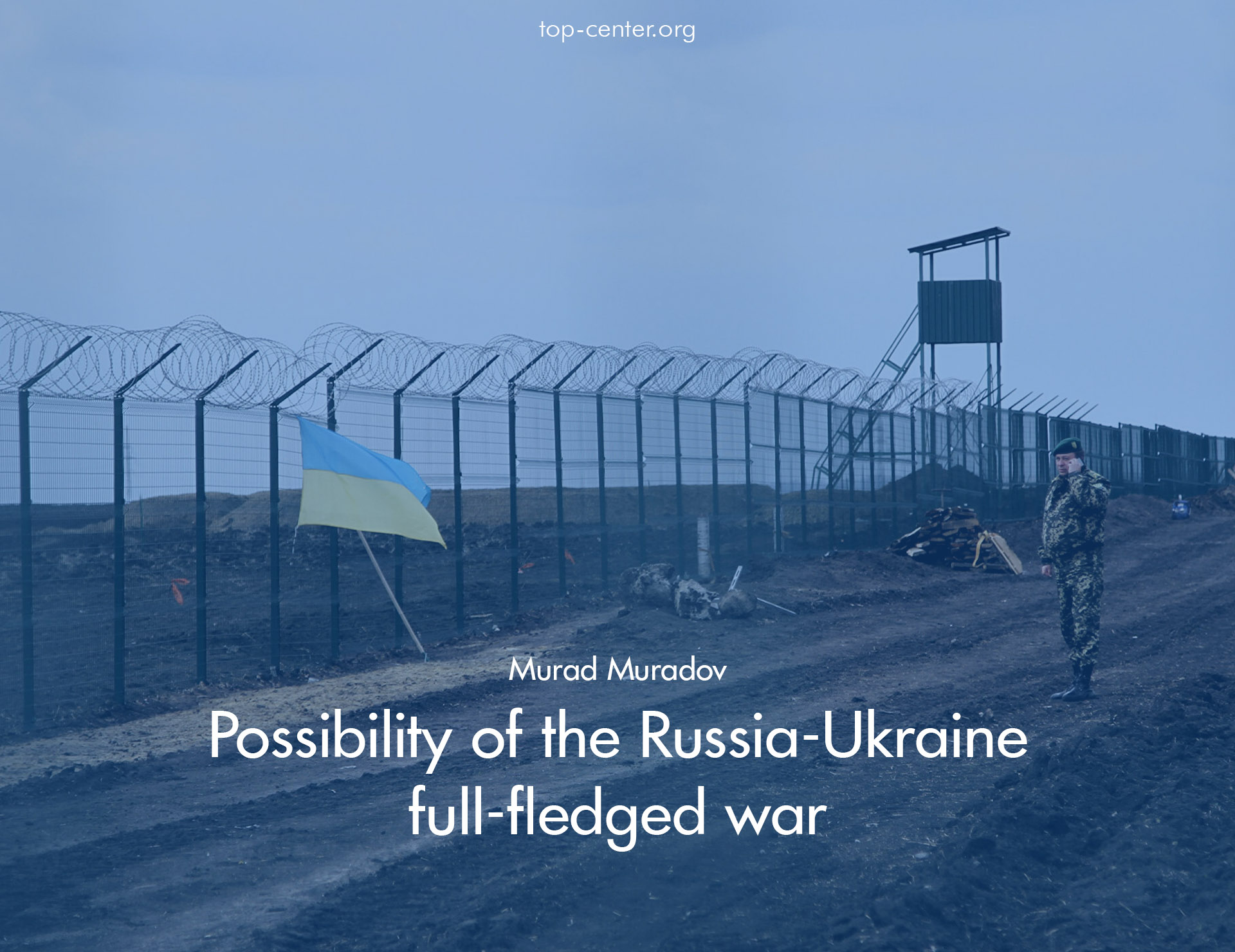 It is really hard to estimate the probability of a full-fledged Russian invasion right now: the major problem for an analyst is that Moscow always has several scenarios and the ultimate choice whether to mount an attack, to continue exerting pressure without further moves or to go to a détente, may hinge on some momentous events that are not fully predictable now. At the same time, there are a number of rational and emotional arguments for Moscow that work in different directions and suggest different courses of action. On the one hand, President Putin and the Russian siloviki elite, in general, perceive Ukraine as an unfinished business, realizing that in 2014-2015 Ukrainian army and society demonstrated much greater fighting capacity and resilience than expected and forced Russia to scale down their ambition; while the evidence of an established anti-Russian consensus in Ukraine signals the failure of Moscow’s “soft power” attempts and attempts to prove that the brotherhood of the two close peoples was violated by the “anti-national junta in Kyiv”. This definitely disturbs Putin and his close circle and shatters the image of the foreign policy master he has built over the years. At the same time, the Western tactics towards the conflict also serves to trigger Russia to radical moves: while frequently engaging in vehemently anti-Russian rhetoric and denying an opportunity to compromise, the Western leaders do not demonstrate a commitment to protect Ukraine strong enough to deter Moscow. This creates a dangerous combination of feelings of humiliation and impunity in the minds of the Russian elites which of course is conducive to support of military action. There is also a recurring concern over the water scarcity problem in the Crimea which with every year only gets worse. It figured among the major motivations for Russia to attack in the discussions this April and will definitely remain on the agenda. An attack from the south in order to resolving the problem and simultaneously open a land corridor between the Crimea and Donbass is one of the most suggested and discussed scenarios.

However, there are many factors that discourage an open aggression by Russia. One of them is the understanding that Ukraine is ready to fight and is now much better equipped than 7 years ago, its latest acquisitions including American javelins and AN/TPQ-53 light counter-fire radar systems, Turkish Bayraktar drones and patrol boats, while it has also obtained a huge loan from the UK to buy its military equipment. Most probably, an attack on Ukraine would turn into a prolonged battle and require colossal expenditures and a mass mobilization which would be hardly popular with the Russian masses for whom “a good little war” remains an attractive option as long as it doesn’t involve them personally. Moreover, Putin clearly understands that a major attack would most probably trigger much harder sanctions on behalf of the West, including cutting Moscow off the financial flows and bans on any kind of technological and scientific exchange. Though the significance of this factor as a deterrent has been gradually falling down, it is still capable of inflicting serious political and personal damage on the elites. That is why Russia has been trying so hard to affect Ukrainian and Western public opinion and discredit Zelensky and his government with various means: Russian best hope is to make the Ukrainian President feel so vulnerable that he would launch an attack himself, providing Moscow with an excuse for resuming fighting, or else to provoke domestic chaos in Ukraine and bring weak governments that could be much more prone to accepting Russian terms.

Moscow sees an ideal scenario in increasing its gains in Ukraine without entering a dangerously unpredictable full-fledged conflict. Nothing can help it more than another round of domestic turmoil in Ukraine since it will 1) thoroughly reduce Ukraine’s capacity to successfully hold the status-quo in the East 2) provide vast opportunities for Moscow’s agents of influence in Kyiv to provoke some irresponsible military acts which would legitimize Russia’s harsh response and 3) undermine Ukraine’s image as a reliable partner in the West and discourage them from actively supporting Kyiv. The simultaneous accumulation of tensions between Moscow and Kyiv and a storm of criticism towards President Zelensky within Ukraine is hardly a coincidence; it is rather another episode in Russia’s hybrid war. And of course it would be a perfect opportunity for Moscow to act if radical nationalists come to power in Ukraine or at least start to dictate the government what to do. Russia is also strongly helped by the completion of Nord Stream 2 with the active consent from European benefactors and a tacit acceptance of the U.S., which makes Putin feel more secure and less dependent on Ukraine’s role in gas transit to the West. It is not a mere coincidence that the rise in Russia’s aggressive rhetoric and troops gathering along the border with Ukraine took off after the green light given to the pipeline. By limiting the export of gas to Ukraine and threatening to cut it off completely, Moscow hopes to activate a danger of a cold winter without heating which will fuel domestic discontent within Ukraine, while also representing Kyiv as an unreliable partner for Western Europe. Representing Kyiv as a European enfant terrible threatening “natural European interests” for the sake of its own caprices has long been a constant feature of the Russian playbook, and when it comes to energy security many ears in Europe become particularly receptive to it.

However, it must also be taken into account that the hardliners, proponents of an “ultimate decision” to the Ukraine problem, now play considerably more weight within Putin’s circle than it used to be 7 years ago, and although President Putin is most probably against a large-scale war himself, the intra-elite dynamics is gradually shifting in the direction critical for the regional peace. The years of sanctions have to a certain extent consolidated these groups and instilled a feeling of bitter resentment which is also visible in the dramatic expansion of the repressive practices in Russia proper and a crackdown on the civil society, encapsulated in the introduction of draconian legislation on “foreign agents” and free speech. Thus, they are now more likely to act upon the motivations of retaliation and symbolic politics rather than rational calculation. Hence, a possibility of a major conflict, while definitely not imminent yet, can be estimated at 25-30%.