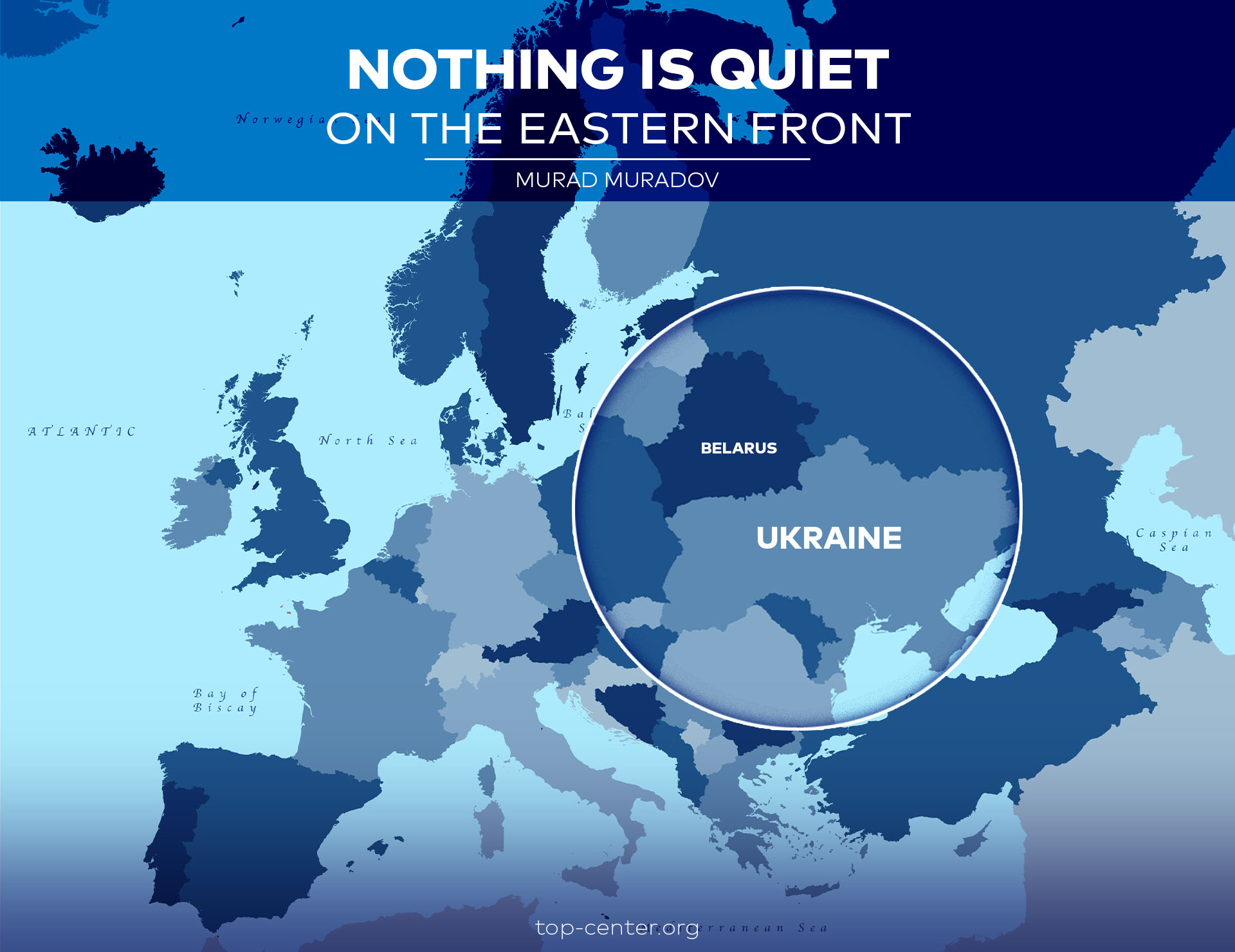 The tensions along the Belarus-Poland border have been spiraling during the last few days, and today a group of “refugees” armed have managed to destroy border fortification in several directions using self-made assault tools. The Polish border forces have been using water сannons to keep them at bay, there have been reports of a Polish soldier getting wounded from his head. The tensions have escalated against the backdrop of visible Russian support to Belarus as 2 nuclear weapon-carrying TU-22M3 strategic bombers started to carry out regular flights around Belarus and President Lukashenko publicly claimed that in case of an armed conflict eruption Russia will not be able to stay away; this claim followed his threat to curb the gas transit route from Russia to the EU on which some Eastern Europe countries, including Poland and Lithuania, badly depend. At the same time, Moscow has been dramatically increasing military presence along the border with Ukraine, and the possibility of a major conflict there is now being publicly admitted by numerous public officials in Ukraine and Europe, while the UK former Commander-in-Chief expressed his concern that a military clash with Russia in the nearest future is now quite probable. The special force groups of the UK army have been put on the highest alert.

It is symptomatic that this escalation happened after several positive signals sent by the Biden administration. Though it is not admitted publicly, there are multiple reports that during her visit to Moscow, U.S. Deputy Foreign Secretary Victoria Nuland discussed with her Russian colleagues a number of possible mutual concessions, which included Washington’s de-facto abstention from actively supporting Ukraine, which has been one of the most principled demands of the Russian side. It seems that Washington’s current focus on the rivalry with China leaves an active confrontation with Moscow beyond its possibilities and dictates certain readiness to accept many conditions unacceptable before. Germany has also recently demonstrated the ambivalence of its position regarding Ukraine and Eastern Europe in general as its official sources castigated Ukraine for using Bayraktar drones against the Donbass separatists, while some politicians proposed that migrants accumulating along the Polish border be accepted by Ukraine in exchange of a modest fee from the EU. Angela Merkel who is still fulfilling the Chancellor’s duties, has even had a telephone call with Lukashenko who is considered a pariah for most Western leaders now. And against this background, France has taken a rather different position, as President Macron, still brutally criticized at home for the Australian humiliation, has called President Putin and told him that his country is ready to defend the territorial integrity of Ukraine (as against usual neutral wording such as “support and urge to de-escalate”). These developments demonstrate that the process of division of strategic approaches within the West is gathering pace and it is difficult to speak about common EU (let alone “Euroatlantic”) foreign policy any more, which makes the conflict potential across the globe even higher.