Belarus as seen from Poland

The events in Belarus are closely watched by Poland as a neighbouring country. Since the mid-20th century Warsaw has been pursuing a foreign policy coined as Jerzy Giedroyc strategy that involves full recognition of national sovereignty of countries that had once formed a commonwealth i.e. Lithuania, Belarus and Ukraine. Due to the rich shared history it involves - beyond regular neighbourhood relations - support for material and non-material cultural heritage, memory reconciliation process and especially after 1989 democratic assistance drawn on the basis of successful transformation in Poland. Relations with Belarus are the furthest from accomplishing milestones in those areas, hence Poland is willing to invest more additional resources that would secure future good relations with the Belarusian nation.

Seen from Warsaw, Belarus is one of seven neighbouring countries, and only one of three, next to Russia and Ukraine, sharing the EU Shengen border. There is an important Polish minority in Belarus accounting to 300 thousand officially recognised by the current government and with estimates of 500 thousands to 1 million in a nation of about 9 million. Although its current leader Alexander Lukashenko is considered a dictator, Warsaw has been trying not to confront him but encourage him to open up more to the prospects of cooperation with the EU. Polish high level state representatives, including Speaker of the Senate (as the highest ranking) have been meeting with Lukashenko in recent years before the August 2020 election. Poland was also ready to resupply Belarus with crude oil delivered by sea when Belarus was harassed by Russia on the subject.  However, immediately after violent crackdown on the protesters, unseen in country's history, Poland offered assistance to the society and along with the Baltic states as well as with the Weimar Triangle (France, Germany and Poland) called for swift EU response including non-recognition of Lukashenko for the next term in power.

In a larger picture Warsaw has been supporting Belarusian nation building by long term support provided to members of the opposition, political and civil society activists seeking refuge in Poland, as well as elite building projects such as Belsat TV that besides diversification of news sources for some Belarusians has served as a hub of civil society organised activity in Poland. Importantly, the Eastern Partnership framework of the European Union also involves Belarus and Warsaw supports its implementation through its own and regional activities such as the International Visegrad Fund. 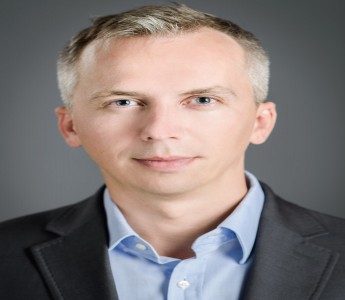 Wojciech Przybylski is editor-in-chief of Visegrad Insight and president of board at the Res Publica Foundation. His expertise includes European politics and political culture. Previously, he has been the editor-in-chief of Eurozine - a Vienna based magazine with a European network of cultural journals, and a Polish quarterly Res Publica Nowa. Wojciech also co-authored a book 'Understanding Central Europe’.