11 September: then and now 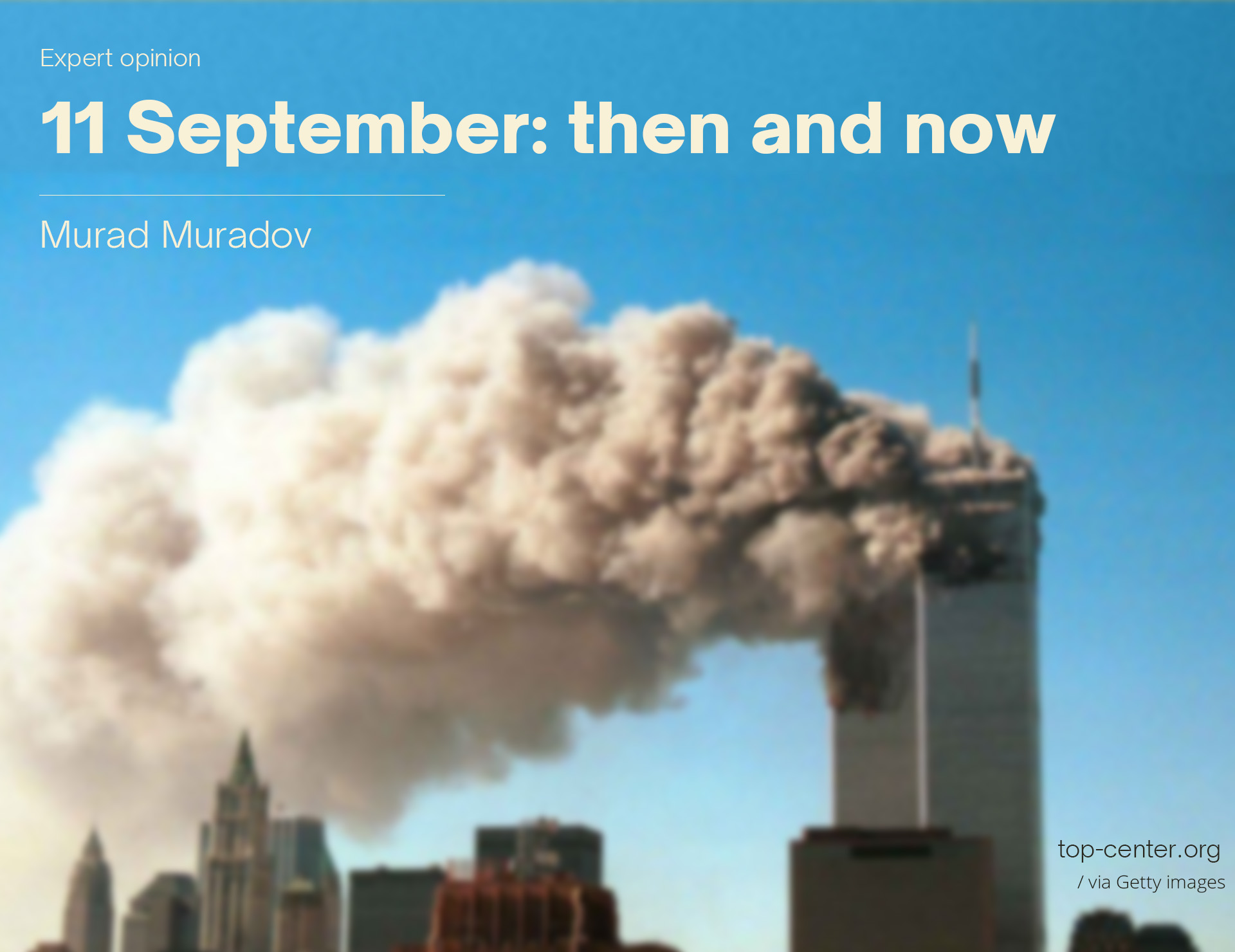 Twenty years after 9/11, the day that shattered the world and triggered herds of analysts to announce the dawn of the new global era. Today, when the news programs of the 2000s look almost like memories of happy, carefree days, it becomes clear that the attack on the Twin Towers rather marked the beginning of the big interlude between the different historic periods, like the one we are living in took off not in 2001 but - maybe counterintuitive - in 2014-2016, with the annexation of Crimea in broad daylight, the rise of ISIS in the Middle East, alt-right and populists in the West.

While the attack on 9/11 knows no rival in the latest history in terms of its sheer dramatic impression and scale, it perturbed but did not question the foundations of the Western political and ideological dominance. The crusade against terror, proclaimed by the orthodox Republican George W. Bush shortly after the terror act, was actively or tacitly supported by the great majority of the world, including Washington’s current strategic rivals, Russia and China. In fact, this narrative had probably delayed the fragmentation of the post-Yalta world order for several years as no serious power (even Iran) was interested in the success of the buccaneering, underground anti-Westernism of al Qaeda which promised nothing but destruction and chaos. This crisis may have also reversed the trend for increasing conservatism of most Muslim states that originated in the late 1970s: countries like Saudi Arabia, UAE, Pakistan realized that they could be themselves swept away by the nihilist and intransigent version of Islam and gradually shifted to policies which in 2010s would in some cases look like a conscious distancing from the image of states based on fundamental Islam. The 2000s remained in global history primarily as a decade of burgeoning consumerism and unseen prosperity with very little reflection and attempts to challenge the dominant ideas.

It is only after 2014 when the potency of the “global West”, particularly the U.S., to satisfy the needs of the globalized humankind in answers to the growing number of questions, maintain political guidance and create popular and adequate values, started to be widely questioned around the world, including in the West itself- the latest American withdrawal from Afghanistan being the most vivid example. It is now, not in the 2000s, that the governments of various global and regional powers are not keen anymore on expressing even formal solidarity with the Western principles and often gain political points from openly challenging them, magazines like Foreign Affairs or Foreign Policy proclaim the demise of the U.S. global domination on a monthly basis and countries where Taliban is banned as a terrorist movement, hurry to establish with them as good relations as possible. Hence, in a twist of very black irony, 9/11 will probably remain in history textbooks as the start button for the last period when the narrative of a small and shared world, united by universal values, promising ever more prosperity and comfort and moving towards the shining City on the Hill, still reigned the minds and hearts across the world.