Meghan Markle and the skeletons in the Transatlantic cupboard 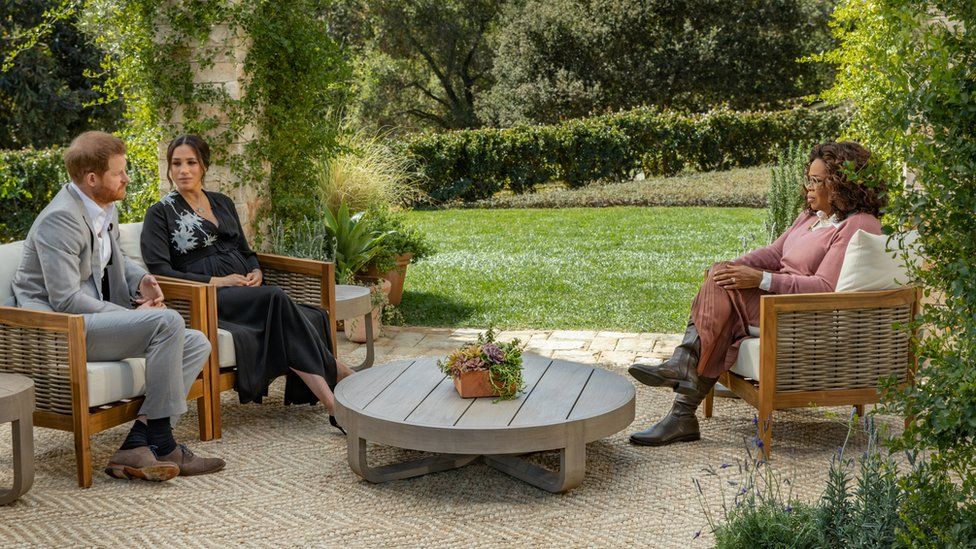 The scandalizing recent interview of Prince Harry and his wife, Meghan Markle, to Oprah Winfrey became the latest global media bomb but it was largely received as a celebrity issue, with heavy undertones on the relevant “woke” issues, namely race and gender. However, the story largely passed under the radar of international politics commentators, despite its very interesting reverberations in deeper issues rarely talked about in earnest.

The reaction to the interview from the different sides of the Atlantic has been quite different. While American public clearly tends to sympathize with the rebel couple and haul their choice of freedom over privilege, in the UK their popularity fell to record lows, and in general the dominant perception of the royal fugitives’ position is of their hypocrisy and dishonesty. Even on the highest level, a respective implication has been made: U.S. President Biden praised Markle for her “bold” stance in disclosing the negative sides of the palace life.

This contrast revives the primordial contrast between the self-identifications of the Anglo-Saxon world: traditional and conservative Britain versus rebellious and individualistic America. This contrast in the last 75 years has been somewhat pushed from the field of actual politics to the sociocultural level, since post-war Britain chose to bind itself with a firm alliance with Washington in order to guarantee a smooth transition to the post-empire age and buttress the united Western front as against the socialist East. The longevity of this alliance, as well as the obvious cultural and economic bonds that have been supporting it, meant that it started to be appreciated as a given “sine qua non” of the global politics in the liberal age. However, we live in the times when axioms are being shattered and the world is being reshaped. So, isn’t the “Sussexes affair” an indication to the bigger processes going on?

One should not forget that skepticism towards Washington has never been totally absent from the British political discussion. It’s an accepted, though reluctantly articulated truth that America actively assisted to the dissolution of the British Empire, not only through disseminating the anti-colonial liberal discourse but also sometimes directly, as during the Suez crisis of 1956. The current Prime Minister Johnson, who is also a prolific writer, stated it openly in his discussion of Churchill’s politics. So, one shouldn’t be surprised that against the backdrop of shaken American leadership and the emergence of a chaotic, weakly structured world Britain may not be as committed to its strategic partnership as it has been since 1945.

Brexit is not an isolated event: Conservative elites want to use it as a starting point for a bolder and more independent global strategy. Some of London’s recent steps, such as the intensifying strategic cooperation with Turkey, growing adversity with China and attempts to increase presence in the South-East Asia region, ambitions for a bigger role within NATO, raising public expenditures on defense security, suggest that this process is going on. In the world where alliances become more and more temporary and issue-based, we may see a significant decoupling between the British and American global strategies. Thus, the Meghan Markle affair may in the future be regarded as a symbol of the new era in the Transatlantic relationship.