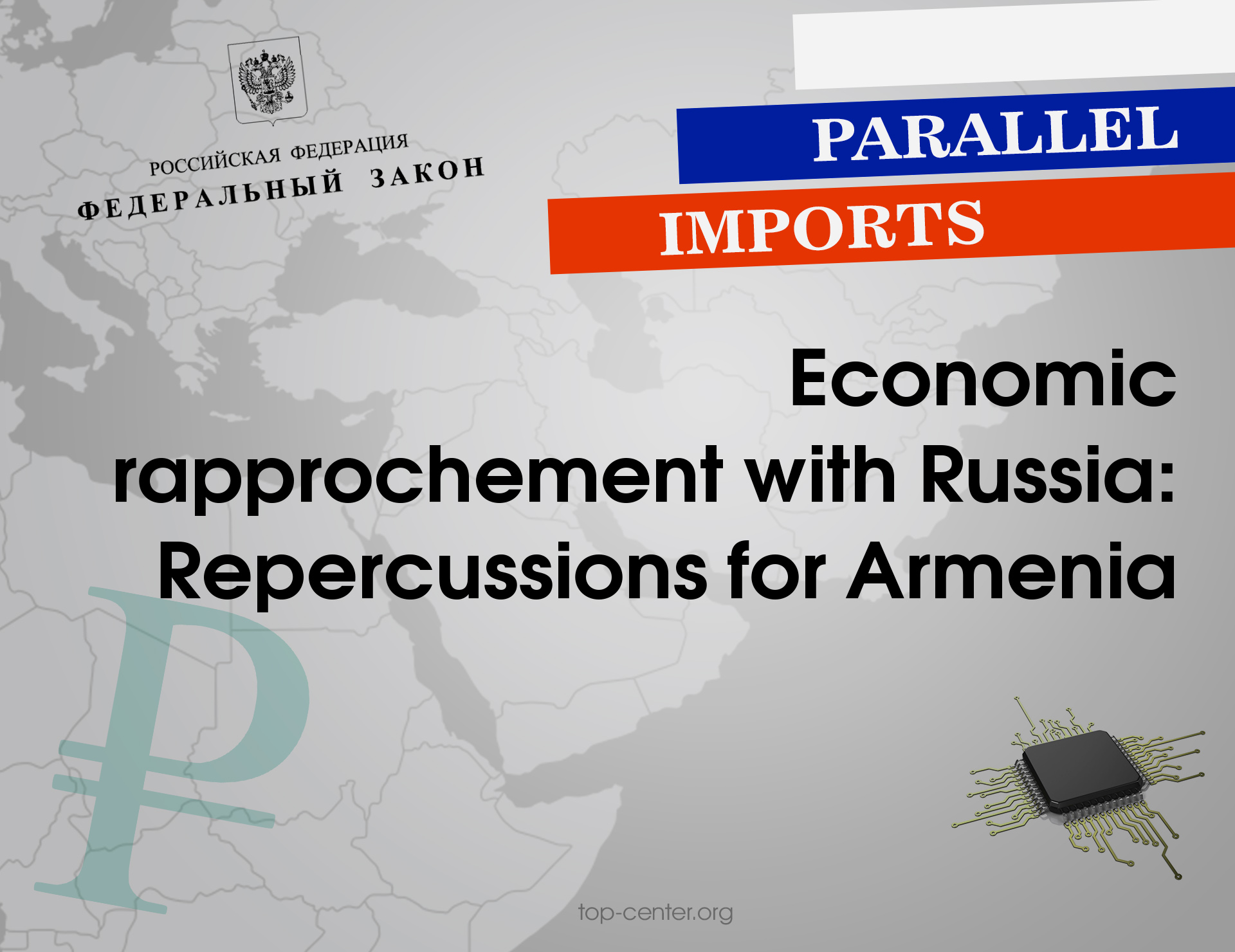 The war in Ukraine has caused major setbacks in the world economy, especially damaging supply chains and endangering food security. To the surprise of many, Russia has not yet lost its economic leverage against the West, and the ruble is not restrained as much as expected, mainly due to massive oil revenues. However, complications in industrial production and manufacturing rose again after 2014, when sanctions slapped the imports of high-tech industry materials, including those necessary for the extraction and export of raw materials and the military-industrial complex. Efforts to reduce Russia’s dependency on imports date back to those days, when severe implications of cutbacks of certain goods and products started, with the establishment of the “import substitution” program in early 2015. Since then, Russia has carefully undertaken a strategy focusing on the reduction of imports of agricultural products from “unfriendly countries” through what it called “counter-sanctions”. It had built a considerably notable agro-industrial complex but failed to alleviate disruptions to producing high-tech equipment and machinery, as well as managing seed supplies.

Notwithstanding actions taken in 2014 and the import substitution program, this time Russia chose a different path: parallel imports. With less effort and more money, parallel imports are expected to supply almost the same products as before, from alcoholic and non-alcoholic drinks to mobile phones and computers. According to the “Parallel Import Legalization Law”, purchased goods via intermediaries in another state will not be considered counterfeit as before (until March of 2022) and will undergo the same procedures in terms of customs checks and taxes. Furthermore, these products are free from any legal acts from the producers who legally banned the exports of these products to Russia. Still, significant obscurities caused by parallel exports have not yet been contemplated, such as warranty service problems, non-adaptive hardware and extremely high prices due to the involvement of third parties. Despite all these, the main strike is to find that “third party” or “intermediary” who would adopt the challenge. In this context, Russia’s main trade allies - Armenia, China, Georgia, Türkiye and Kazakhstan, as well as other EEU countries, appear on the scene.

After the outbreak of the war, the share of Armenia, Georgia and Türkiye in Russia's total imports expanded rapidly. Due to Western sanctions on payments through Russian banks, Türkiye’s uninterrupted relations with the latter and EEU countries’ single market came in handy, as the parallel exports scheme has been taking place with intermediaries from those countries. In the meantime, the “no-limits” friendship between China and Russia proved to be ambiguous after the first wave of sanctions but then bounced back when China jumped in to fill the void in the tech industry left by Western companies.

However, contrary to the expectations of many, Armenia and Georgia’s gain in the ongoing economic turmoil has been enormous. Evidently, traces of the pandemic and war did not linger as long as expected, since real GDP growth of 7% and 9% is predicted at the end of 2022 for each country, respectively.

To begin with, when the war broke out in February of 2022, Armenia’s stance was clear; it abstained from voting when Ukraine called an urgent debate at the UNHRC and voted “no” to the Council of Europe’s decision to suspend Russia from the organization. Therefore, economic relations between the two countries saw no limitation despite Russia’s passive role in CSTO during the Karabakh war in 2020, and eventually, Armenia’s efforts to stay neutral in the international arena paid off. The Ministry of Economy of the Republic of Armenia published a guide for Russian entrepreneurs willing to move their business to Armenia, alongside setting up a working group to answer queries from those companies, which contributed to the massive relocation of businesses from Russia to Armenia. These steps alleviated foreign companies’ problems to some extent, by addressing their needs directly.

In general, the Russian share in the overall trade turnover of Armenia has been more than any country - 34.5%, followed by China and Iran by 13% and 5.3%, respectively. Since the beginning of 2022, trade turnover between Russia and Armenia leaped 180% in comparison with the previous year, reaching USD 3.2 billion. Another highlight from the meeting between the prime ministers of Armenia and Russia emphasizes “a record high indicator in the trade turnover between two countries”. “As for the investment of Russian capital in Armenia, it reaches 2 billion USD” - stated Russian PM Mishustin. However, the massive expansion of trade with Russia went asymmetric, since Armenia recorded a negative trade balance of USD 398 million. There are two major components behind this trend - first and foremost, the increased value of dram ended up beneficial for imports rather than exports. Against the de-dollarisation of certain payments, the ruble was still weak to compete with the rising dram, which eventually harmed the export environment (customers have to pay more when the exchange rate falls, even without inflation) with Russian trade counterparts. Secondly, lifted embargos with Türkiye at the beginning of the year caused the replacement of local production with imports due to the abundance of cheap alternatives, and this trend has also been reflected in the imports from Russia. These two arguments justify the reason why the growth rate of imported goods surpassed the same indicator for exported goods.

Characteristics of the imported and exported materials are not clear, as Russia stopped providing data since January and Armenia’s official websites lack detailed data. However, the abovementioned information helps to analyze Armenia’s growing export market in Russia, with several additional components: taking commodity group’s share in the trade balance of Armenia into account, one can see that the growth rate of overall exported machinery, equipment and mechanics saw a 960% increase compared to the previous year, while imports of the same products have risen only by 184%. Additionally, the overall increase in the industrial output during 2022 has accumulated to 115%, contradicting the number of exports. With no clear evidence about the structure of Russian imported goods, the disparity between manufactured industrial products, and import versus export rates cast aspersions on the legitimacy of exported goods.

Tech re-exports at a glance

Microchips are essential for basic equipment including radios and various communication devices, but radar and missile systems are the major fields of use. Since the war and sanctions deprived Russia of Western products, Chinese technology became more compatible. Firstly, when global sanctions induced the utilization of the “MIR” payment system, Beijing demonstrated full support and provided Russia with necessary microchips. Even Russian motherboard producer “Dannie” modified their motherboards accordingly to host China-manufactured microprocessors, which are weaker in comparison.

However, lately, the Russian newspaper “Kommersant” reported that the share of imported “faulty” chips from China increased from 2% to 40% after the war. Imports from the grey market are a partial cause of these disruptions. Consequently, these drawbacks led Russia to fall short on supplies and to entangle the supply chain. It is assumingly importing massive amounts of commercial appliances from neighboring countries under a “parallel imports” scheme, to extract all the chips and semiconductors for use in weapon systems.

Recent developments shed light on the grounds of the structural outline of exported goods. After the outbreak of the war, Europe exported huge amounts of household appliances such as washing machines and refrigerators to neighborhood countries, including Armenia and Kazakhstan. The data illustrates a striking surge: in the first eight months of 2022, Armenia imported more refrigerators that were imported during the previous two years combined. In addition to that, components of such appliances, mainly, microchips and semiconductors, were found in captured Russian tanks in Ukraine. All those suggest a correlation between Russian “parallel imports” from third countries and the use of retrieved microchips for military purposes. As it is not always possible to predict the end use of materials used in the production of such equipment and tech industry, manufacturers are not particularly resisting or only showing mere negligence, for now.

Suspicious imports of massive numbers of home appliances by neighboring countries to Russia may not be directly under attack, but several technology developers in those countries have gained notice. Russian microelectronics producer, also a part of Russian military research and development structure defense technology firm, Milandr has recently been subjected to US sanctions. The sanctions apply to Armenia-based Milur Electronics as well, which is placing foreign orders and shipments from Armenia. Two other branches of Milandr are operating in Taiwan and Switzerland, while first purchasing microelectronics from Asian companies, and the second managing the financial assets of the corporation.

Before Russia’s invasion of Ukraine, Armenia’s economic dependence on Russia was justified on account of the country's “unfriendly neighborhood” or “small state” stigmas. But when the war started, exports to Russia surged, placing Armenia in the global arena as a “sanction-skirter”. In spite of the bold move during the recent CSTO meeting, Yerevan is working hard to establish alternative routes for shipments to Russia, meaning that alongside posturing towards the West, Armenia still intends to take good advantage of the economic climate in the region, which is referred as “cakeism”. But this stance will not be persistent, as the double-faced policy is getting noticed in the light of abundant levels of imports from the EU, while the only feasible explanation left is re-exports, or in another word, parallel imports. 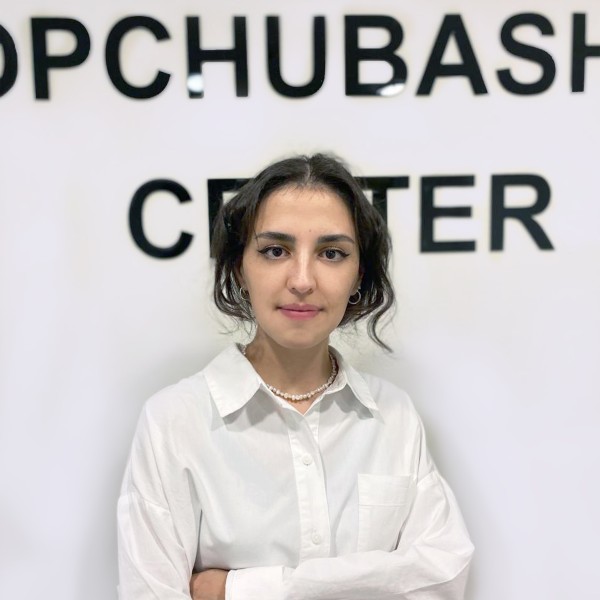 Nigar Muzaffarova received her bachelor's degree in Public Administration at the Academy of Public Administration. While data visualization and economic tendencies in the Caucasus region are her major fields of interest, she is also reflecting on developments in tech industries around the world.

Nigar is an alumna of the CAT program 2019-2020 edition, Conflict School 2021 organized by the Eurasia Partnership Foundation and the "Media and Information Literacy" program of Interlink Academy in 2022.

Nigar is also specialized in project writing and coordination in the field of youth, especially focusing on projects regarding human rights education, non-formal learning methods and peacebuilding. She has been a part of several boot camps, training and seminars concerning the above-mentioned topics.