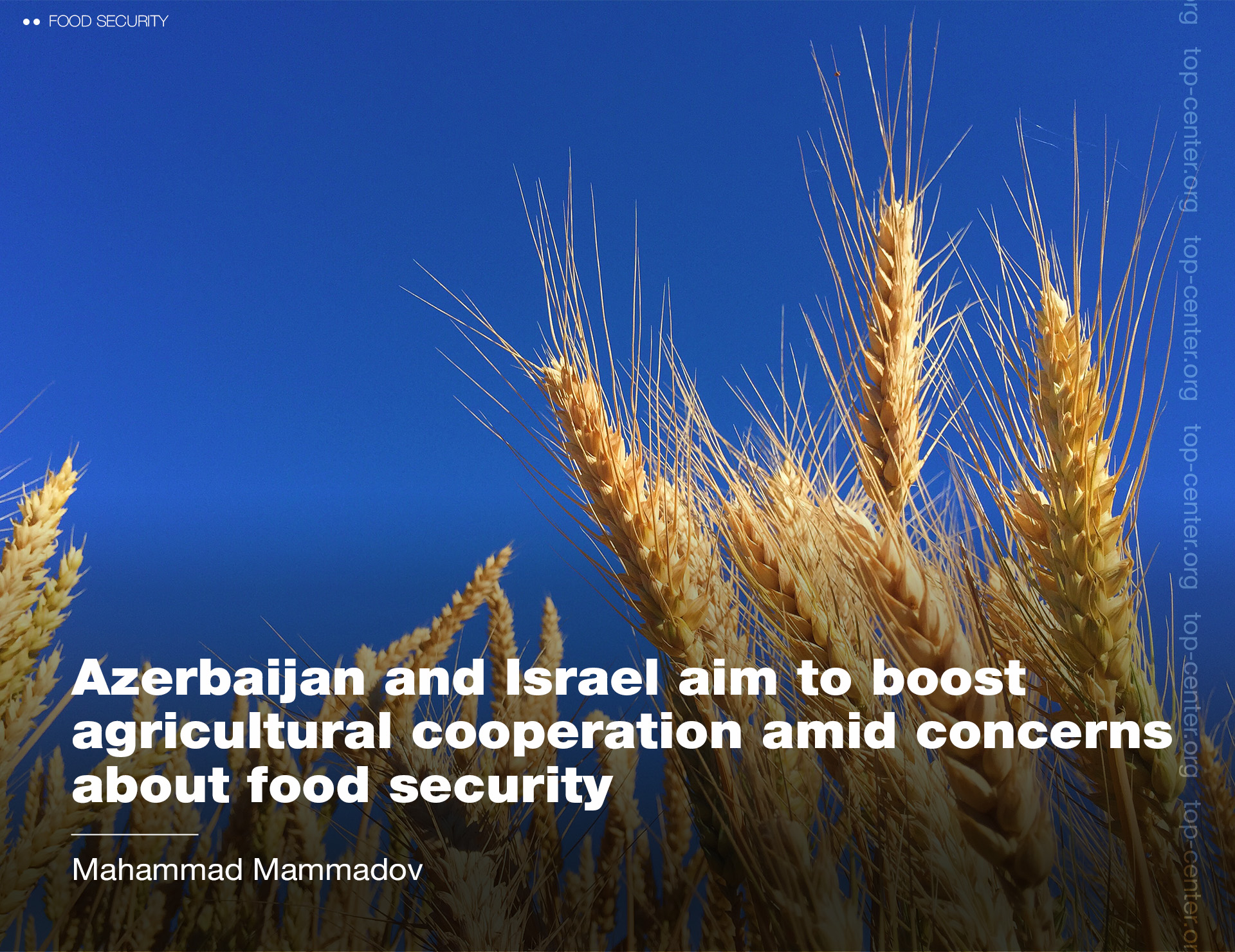 Before Russia launched a full-scale military invasion of Ukraine in late February and sent grain markets into a tizzy, Azerbaijani leadership was already rolling up its sleeves to bolster the country’s food security both in the short and long term. On January 14, President Ilham Aliyev signed an “Agreement on Cooperation in Food Security” with Ukrainian President Volodymyr Zelensky in Kyiv that would simplify the procedures for the import, export, and transit of food items between the two countries. Baku also leased an unspecified amount of arable land in Ukraine with the aim of decreasing its dependence on external cereal supplies in increasingly uncertain market conditions. When it comes to imports, Azerbaijan turned to Kazakhstan to diversify its dependence away from a single source - Russia. In the first two months of 2022, Kazakhstan replaced Russia as the major supplier of wheat to Azerbaijan where local production meets only 20 percent of domestic needs. While Russia accounted for more than 95 percent of Azerbaijani wheat imports in 2021, in January-February 2022 its share went down to a little less than 50 percent.

With Russia's invasion of Ukraine disrupting global supply lines, however, Azerbaijan like many other countries dependent on Russia and Ukraine for wheat faced an urgent need to reconsider its food security policy. The closure of Ukrainian ports such as Odesa and Chornomorsk to global markets and Russia’s temporary grain export ban led to a dramatic increase in wheat prices that pushed the government to raise subsidies to cover the difference. Furthermore, Kazakhstan’s announcement on April 16 that it will limit grain exports to 1 million tonnes (down from 3 million tonnes) for 3 months to stabilize domestic wheat prices in response to Russia’s temporary ban and the poorest wheat harvest seen in a decade further limited Baku’s manoeuvring space on this issue.

The government said it relies on ample grain stocks in the country to weather possible shortages in the short term. At the same time, approaching harvest season is expected to spare some time for more calculated planning. In 2021, Azerbaijan extended the period for exemption from VAT on wheat imports, put forward new mechanisms for the formation of wheat stocks, and prepared a reform package for irrigation systems. Fast-spreading food shortages sparked by Russia’s war in Ukraine will only facilitate this process. In the medium to long term, Azerbaijan is planning to make better use of its close contact with technologically advanced partners in the field of agriculture to further develop the national agro-industrial complex in the face of new challenges. Deepening agricultural cooperation with Israel is seen as a great asset in this regard.

Israel already has a track record of lessening Azerbaijan’s dependence on Russia in strategic affairs. According to Stockholm International Peace Research Institute (SIPRI), Israel replaced Russia as Azerbaijan’s major weapon supplier in 2015-2019, accounting for 60 percent of its total military purchases while Russia’s share stood at 31 percent. Since the Second Karabakh War in 2020, this number has been growing. In a similar way, Israel’s active involvement in Azerbaijan’s agricultural development would decrease the latter’s sole dependence on Russia and strengthen its resilience against possible external supply shocks. In his visit to Baku on April 25, Israel’s Finance Minister Avigdor Lieberman said Tel Aviv will support Israeli business community to invest in Azerbaijan’s water, agriculture and dairy farming industries. On May 18, 50 agricultural companies from Azerbaijan and Israel attended Azerbaijan-Israel Business Forum. Meeting Azerbaijani President Ilham Aliyev on the same day, Israel’s Agriculture Minister Oded Forer said Israel has agricultural knowledge and technologies that it is ready to share with Azerbaijan. Reportedly, one of Tel Aviv’s end goals in this cooperation is to help Azerbaijan meet not only its own wheat requirements but also export the surplus amount to Israel from as early as 2025. Forer said it may take a few years and after Azerbaijan produces enough wheat for its domestic needs, Israel would be “happy to purchase from Azerbaijan”.

Azerbaijan’s agricultural potential in terms of arable land and water resources increased significantly after the liberation of occupied territories in Karabakh in 2020. According to available data, Nagorno-Karabakh Autonomous Oblast provided 15 percent of wheat production in Azerbaijan in the period up to 1988. During the occupation, the de facto entity in Karabakh collected 90 thousand tonnes of wheat per year from Aghdam, Fuzuli, Jabrail, and Zangilan. After the war, Minister of Agriculture Inam Karimov said the agrarian business in liberated territories will involve 200 thousand hectares of agricultural lands, pastures, and tens of thousands of unused lands. In his interview with Azerbaijan’s Trend news agency, Lieberman specifically underlined Israel’s readiness to take active part in the restoration of agricultural capabilities of the newly liberated territories. These areas are rich in water resources and Israeli companies will offer their service to help avoid the loss and depletion of water, one of the major deficiencies of Azerbaijan’s agricultural management system. In early April, Israel’s national water company Mekorot signed a first-of-its-kind work agreement with Azerbaijan’s Amelioration and Water Management OJSC in Baku that will provide the Azerbaijani side “an access to some of the company’s solutions provided around the world through an innovation and technology unit, including the possibility of adopting solutions from various start-ups that already operate in cyber, big data, advanced energy consumption, and streamlining operations, and water supply management.”

Besides helping Azerbaijan’s agricultural development, Israel’s growing investments in liberated territories will serve Baku’s post-war plans to enmesh different power centers in regional consensus on Karabakh’s military-economic security. Azerbaijan seems adamant about using the Middle East’s “kumbaya moment”, that is the recent diplomatic openings between Turkey, Israel, and Gulf states, to attract economic and political capital for the maintenance of peace and stability in the region. On January 13, Azerbaijan’s Energy Ministry and Saudi Arabia’s ACWA Power signed a memorandum of understanding on cooperation in the field of offshore wind energy. The $300 million Khizi-Absheron project will have 240 megawatts capacity and will make up 30 percent of Azerbaijan’s electricity generation by 2030. Later, on March 15, Azerbaijan’s Energy Ministry and United Arab Emirates’ Masdar laid the groundwork for the $225 million Garadagh solar power plant with 230 megawatts capacity. The two sides also signed MOU on cooperation in the field of renewable and clean energy in the economic regions of Karabakh and East Zangazur. When it comes to Turkey, Turkish companies have taken lion’s share of projects for rebuilding the Karabakh region with the aim of making it the most modern and developing part of Azerbaijan in the near future. Up to 300 foreign companies have so far bid for projects in the liberated territories and most of them are Turkish companies. On May 17, Turkey’s Minister of Agriculture and Forestry Vahit Kirishchi attended Caspian Agro 2022 International Agricultural Exhibition in Baku and met his Azerbaijani counterpart. The two sides signed an agreement on the transfer of agricultural drones to Azerbaijan and the participation of Azerbaijani specialists in workshops on drone control in agriculture. Interestingly, Turkish and Israeli drones worked in tandem to liberate Azerbaijani territories during the Second Karabakh War and now they can jointly contribute to giving a new life to these lands after 30 years of destruction.

Azerbaijan’s growing food security concerns driven by the Russian invasion of Ukraine necessitate taking strict measures related to previously-neglected spheres of agriculture. Closer cooperation with technologically advanced countries such as Israel will only facilitate the development of the agricultural sector to meet domestic needs. Coordinating these efforts with other close partners might open up certain avenues for achieving efficient results in a short time. Among others, the EU’s financial assistance and transfer of agricultural know-how might help Azerbaijan’s Ministry of Agriculture to better adapt to new realities. In 2019-2022, the ministry benefited from the EU Twinning project entitled “Strengthening the capacity of the Ministry of Agriculture to improve effectiveness and efficiency of state support to agriculture”. Furthermore, as part of its Economic and Investment Plan for the Eastern Partnership countries in 2021, the EU will allocate €50 million to Azerbaijan for sustainable agricultural production and to strengthen the viability of the agro-food sector. These partnerships will not only contribute to Azerbaijan’s food security in highly uncertain market conditions but will also dramatically change its approach to agriculture in the foreseeable future. 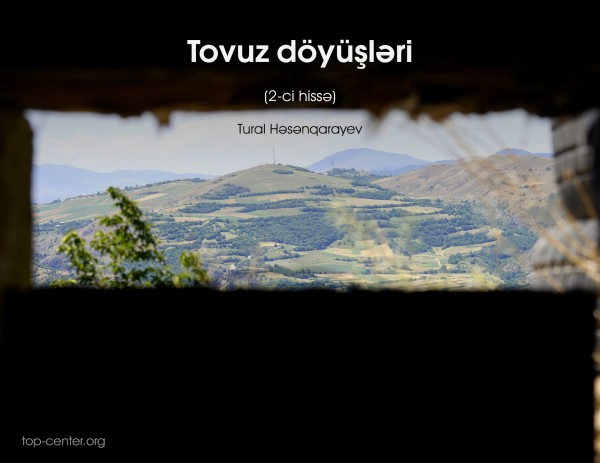 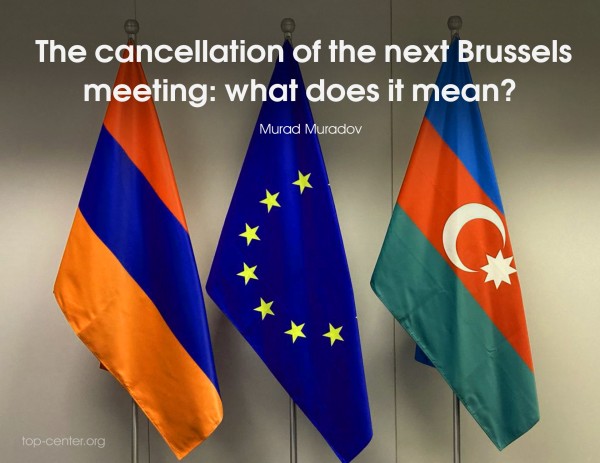 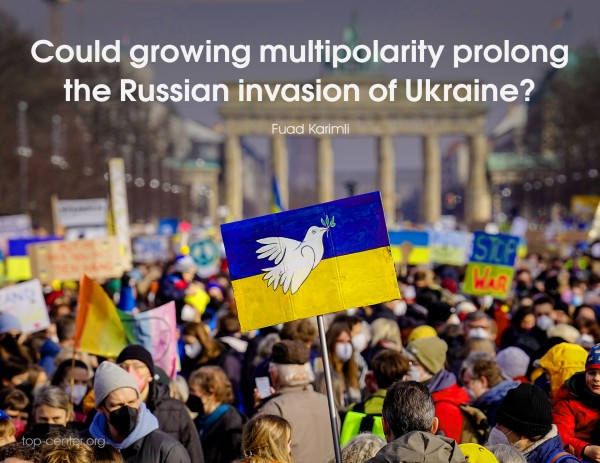