Russia`s military buildup east of Ukraine and its purpose 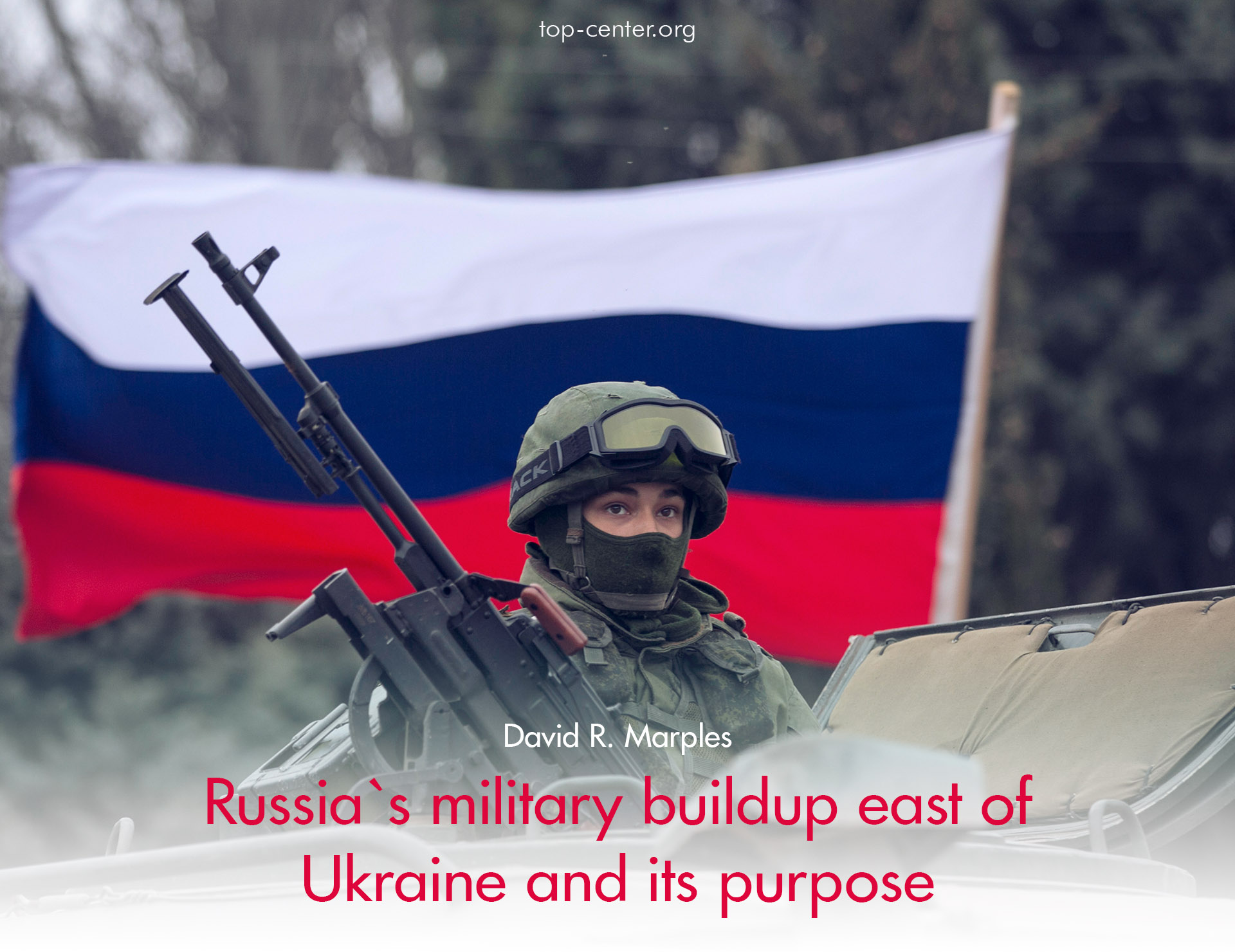 The videoconference call between U.S. President Joe Biden and Russian President Vladimir Putin on December 8 revealed two things about the new Ukraine crisis. First, the American side will stand by Ukraine and impose very severe sanctions should the Russian Army across the border; and second, that there will be no American armed intervention to assist Ukrainian forces if a war breaks out.

For the past few weeks, there has been much speculation about the new build-up of Russian forces across the border from the two separatist enclaves that call themselves the Donetsk People's Republic (DNR) and the Luhansk People's Republic (LNR). Added to the difficulties for Ukraine is the continuing impasse in Belarus where Lukashenka still clings to power and has become much more aligned with Russia to the extent that an attack on Ukraine from the north is also a possibility. Moreover, Ukrainian-Belarusian relations are at an all-time low since independence took place for both countries three decades ago.

What does Russian want from Ukraine? Why has the military buildup begun since the charade of eight months ago, which was somewhat less ominous in character but appeared to be a means of bringing the West to the table for talks with Putin?

There are several possible answers. The first concerns the Minsk Accords, which ended the period of overt conflict in the Donbas war. In the view of Russia, Ukraine has not fulfilled its mandate to offer more autonomy to the secessionist region. One analyst, writing in The Nation, goes so far as to claim that far-right nationalists in Ukraine are intent only on seizing the entire Donbas and that the impasse is a result of American policy to create a crisis, which President Biden can then be seen to be resolving.

That thesis ignores the fact that the only military buildup has been from Russia, and that over the past two years, Russia has taken a number of steps to militarize Crimea and transform the Azov Sea into a Russian lake. It is now impossible for Ukrainian ships to transit goods from Odesa to Mariupol, for example.

On the other hand, the demands of former president Petro Poroshenko that Ukraine should be offered a direct path to NATO at its forthcoming Madrid summit is simply adding oil to the fire. President Biden made no comment on Russia's demand that NATO should be off limits to Ukraine--his so-called "red line"--but he correctly made no commitment in the other direction either. There is no obligation for either NATO or Ukraine to push the issue.

Putin is also very disappointed in Ukraine's president Volodymyr Zelensky, who after an initial attempt to reach some consensus on the Donbas and renewal of the Minsk Accords with France and Germany, adopted measures to censor pro-Russian media outlets and place Ukraine's most prominent "friend of Putin," Viktor Medvedchuk under house arrest. Zelensky became enmeshed in the case to impeach former U.S. President Donald J. Trump but has never made a secret of the fact that he considers Ukraine in the camp of the Western democracies.

Ostensibly then, the Russian military buildup is a response to Ukrainian provocations and refusal to follow the Minsk Accords (leaving aside the fact that the pro-Russian forces have never followed them either). It may also be a response to the United States and Britain, both of which sent warships into the Black Sea in past months, and according to both Putin and Lukashenka, instigated the migrant crisis on the Polish-Belarusian border through its attacks on Iran and other countries. Lukashenka continues, illogically, to blame the West for the protests against his rule that followed the 2020 presidential elections.

It is possible that Putin may be feeling some pressure domestically and also be scrutinizing the will of the Biden presidency to continue backing Ukraine. On the other hand, there is little logic to a renewal open warfare in the neighboring country. Ukraine's army is much stronger than it was in 2014, and there are a number of well-armed formations that would join in any conflict. Russia still has the stronger army, but it would suffer heavy casualties were it to advance beyond the two separatist republics. Further, an invasion would be very unpopular at home.

Over the past 5-6 years, Russia has always acted as a paternalistic partner to the two separatist regimes, warning the separatist leaders against further incursions into Ukraine, and removing them summarily should they ignore Russian advice. It has never sought to integrate the breakaway regions into Russia, but has provided its residents with Russian passports should they request them. The leader of the larger region (the "DNR") Denis Pushilin, is a native of the coalmining center of Makiivka in the Ukrainian Donbas but was appointed directly by Russia, likely because of his more pliant personality.

Military buildups create tension, and even in the best-case scenarios, these tensions could result in warfare. To keep such a large force on the border indefinitely is likely to inflame impatience on the part of the troops. In 20th century Russian history, there were equally cases of military exercises that resulted in an invasion (Hungary 1956, Czechoslovakia 1968) and those that resulted in changes without troops crossing the border (Poland 1956). The Russian military invaded Georgia in 2008 at a time when the latter sought a NATO Membership Action Plan, and Crimea and Donbas in 2014, when Moscow claimed that a legitimate Ukrainian president had been removed in a coup by neo-Nazis following the lengthy Maidan protests.

The reasons for an invasion today are even less convincing than in 2014. There is no discernible threat to Russia from Ukraine, or from the United States, or NATO. And while Ukraine and Russia seem to be farther apart than ever in terms of resolving their differences, such instability has actually been favored by Moscow in the recent past. Russian-created "frozen conflicts" are a feature of the local landscape from Transnistria to Abkhazia and South Ossetia, as well as Donbas. Why at this point should it be concerned to resolve the issue?

The answer would seem to be that the goal of the mobilization is to coerce the Americans into making some concessions: ending Ukraine's pretensions to being a member of NATO, accepting the Nordstream-2 pipeline between Russia and eastern Germany as a fait accompli, reducing sanctions, or inviting Putin to a new summit with Biden. In fact, nothing has been accomplished; rather the results have been negative.

By putting pressure on Ukraine, a much smaller country, Russia has in fact ensured that the United States will now become part of the peace process in the talks on resolving the Donbas crisis. Biden assured Zelensky of this commitment in his phone call earlier in the week. An active U.S. role in the future of Ukraine was the antithesis of what Putin had demanded, i.e., the reduction of ties to Ukraine, a commitment never to allow the Ukrainian state in NATO, and the acceptance that it is part of Russia's legitimate sphere of interest.