Collapse of the Afghan army amid Taliban takeover: The ultimate failure of the U.S. War on Terror 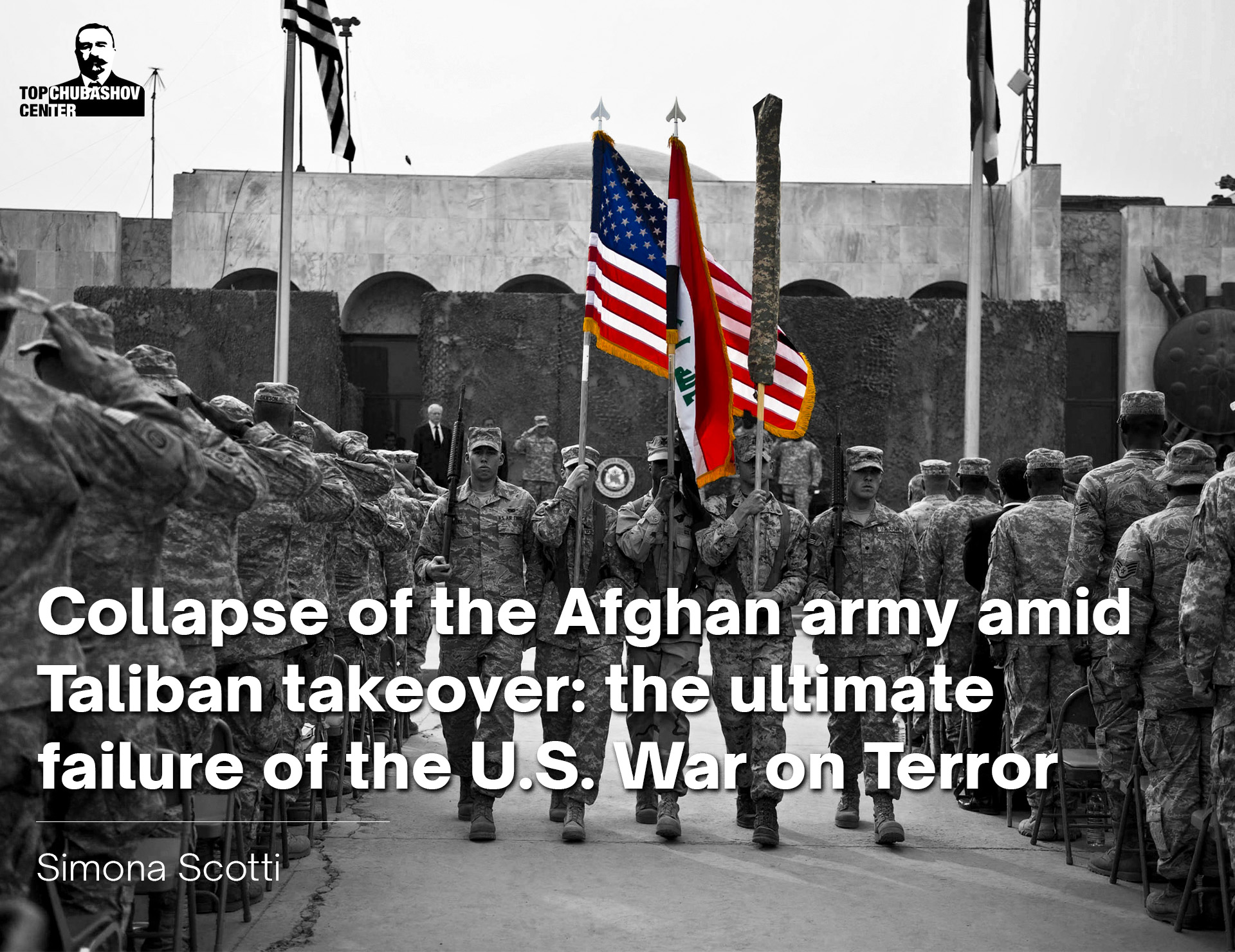 In July, a reporter asked the U.S. President Joe Biden whether a Taliban takeover of Afghanistan was inevitable. Biden claimed that it was not, and that ‘the Afghan troops have 300,000 well-equipped — as well-equipped as any army in the world — and an air force against something like 75,000 Taliban’. After a 20-year military endeavour and more than $83 billion spent on military training and equipment, in mid August the U.S.-backed Afghan army collapsed, handing over the country to the Taliban.

The Taliban offensive began in May, when President Biden confirmed the withdrawal of U.S. soldiers deployed in the region, which had been previously negotiated by the administration of the former President Donald Trump. However, the operations of the Taliban have only intensified recently, and the speed of the Taliban reconquest of Afghanistan has been surprising. The provincial capitals of the country fell one after another with dizzying rapidity, and on the 15th of August the Taliban marched into Kabul with little to no resistance.

The collapse of the Afghan army and police forces allowed the Taliban to quickly seize the country. Although the inefficiency of the army had been known for some time, most of the Western military experts had however provided that the armed forces would have resisted the advancing Taliban. Indeed, in June the U.S. intelligence estimated that it would take a year and a half of war before Kabul would be under threat. Instead, it took just a little over a month.

A partial answer to the question why the Afghan military collapsed so quickly can be found back in 2019 when the Washington Post won the release of more than 2,000 pages of previously unpublished documents under the Freedom of Information Act, after a three-year legal battle. These documents, known as the Afghanistan Papers, were the result of an internal investigation started in 2014, when the Office of the Special Inspector General for Afghanistan Reconstruction (SIGAR) interviewed more than 400 people who played a direct role in the war, from generals and diplomats to aid workers and Afghan officials. These documents proved that the Pentagon and the State Department had been lying for years about the course of the war. Indeed, from the Afghanistan Papers it emerged that for a long time members of the army and officials had deliberately manipulated public opinion, disseminating distorted information on the progress of operations. ‘Every data point was altered to present the best picture possible. Surveys, for instance, were totally unreliable but reinforced that everything we were doing was right’ Bob Crowley, a U.S. Army colonel told government interviewers. Another interviewee provided an insight of how the truth was distorted by the institutions: ‘For example, attacks are getting worse? That’s because there are more targets for them to fire at, so more attacks are a false indicator of instability. Then, three months later, attacks are still getting worse? It’s because the Taliban are getting desperate, so it’s actually an indicator that we’re winning’. This distortion was presented not only to the population, but also to the politicians. The result was that politics made erroneous decisions for years, chasing an unreal and unrealistic progress.

The Afghanistan Papers also revealed that while U.S. generals have been saying in public that they were making steady progress on the training of the Afghan army and national police forces, U.S. military trainers at the same time described the Afghan security forces as incompetent, unmotivated and rife with deserters.

Moreover, Afghan officers were ordered to enlist as many people as possible, and as a consequence, corrupt high-ranking officers listed people who did not exist or had deserted, so that they could collect the paychecks of the ghost soldiers. Of the more than 300,000 Afghan soldiers officially enlisted in the army, it is estimated that the actual number was about a half. This helps to explain how the Afghan army defeat was possible in the face of less than 100,000 Taliban.

The few attempts to stage resistance in recent months have been made more complicated by some strategic choices of the U.S. army. For instance, during their nation-building efforts in Afghanistan, the United States tried to create a democratic government modeled after their own. However, the Afghans were accustomed to tribalism, monarchism, and Islamic law, while democracy was a foreign concept to them. In this sense, it is necessary to remember the peculiarities of the ethnic mosaic that constitutes the population of Afghanistan. Afghanistan is a multi-ethnic and tribal society, and any attempt to foster unity through nation-building efforts must be based on this peculiarity and not on a pre-set model of a Western country. A former State Department official told government interviewers in 2015 that ‘our policy was to create a strong central government which was idiotic because Afghanistan does not have a history of a strong central government. [...] The timeframe for creating a strong central government is 100 years, which we didn’t have ’.

Likewise, Washington sought to impose its centralized, rigid, hierarchical military doctrine on the Afghan army, without considering the differences in the Afghan cultural context. Indeed, building the Afghan security apparatus was one of the key parts of the Obama administration’s strategy, as it sought to find a way to hand over security and leave nearly a decade ago. These efforts produced an army modeled after the image of the United States’ military, which appeared to be non-functional to the Afghan reality. Washington hoped that this copycat army would eventually develop the necessary capabilities to conduct large-scale ground operations, which, in light of the recent developments, has in fact proved unsustainable. The U.S. withdrawal has precipitated all the already existing problems and has created new ones, showing that without the U.S. military and logistic support, the Afghan army was unable to stand up to the Taliban.

The Afghan army was also poorly equipped, especially in the more peripheral areas, where in the last months the supplies of weapons and ammunition were scarce. In addition, the living conditions of the Afghan soldiers have often been miserable and their rifles in many cases worth several months of their salaries. In recent months, in some areas of the country, the government had suspended payments and stopped sending not only ammunition, but even food rations. These problems can be attributed above all to corruption, which affects all ranks of the Afghan institutions and is especially serious in the army.

Modeling the Afghan army in the image of the U.S. military meant a strong reliance on aviation for almost all operations. Thanks to their air supremacy, and with the aim of maintaining control over the entire territory of the country, the United States had created over 200 bases and outposts scattered even in the most remote areas, which could be supplied and supported exclusively by air. For this reason, the United States enrolled over 15,000 contractors in Afghanistan dealing with air logistics and operating the complex weapon systems that they supplied to Afghanistan. However, with the withdrawal of the troops, the contractors also left the country and the Afghan government was unable to replace them due to a lack of skills and expertise. This resulted in the cutting off of the most remote bases, which have become an easy target for the Taliban.

Washington’s decision to withdraw from Afghanistan had left the local army demoralized and convinced that, without the U.S. support, the victory of the Taliban was inevitable. The beginning of this process dates back to the signing of the Doha agreement in 2020, when representatives of the Trump administration met a delegation of the Taliban in order to agree to the terms of the U.S. withdrawal, excluding and de facto de-legitimizing the Afghan government. The morale of the soldiers further deteriorated when President Biden confirmed in April that the U.S. withdrawal would take place by September 2021. In the eyes of many officials, Trump's and then Biden's decision meant that the United States was abandoning the Afghan government and withdrawing its political support. At that point, many soldiers began to wonder whether it was still worth fighting, and few continued to be willing to risk their lives for the corrupted Afghan government.

Faced with a poorly-equipped, demoralized, impoverished and often starving army, the Taliban were able to take advantage of the precarious situation. Starting from last year, they began to make deals with government forces, offering money and amnesty in exchange for surrender and delivery of weapons. These agreements were first made in remote rural areas, and then extended to the level of provincial capitals, often mediated by local tribal leaders. Some commanders accepted the Taliban's offers for money, but others did so because they were convinced that after the U.S. withdrawal, the Taliban’s takeover would be inevitable.

It is clear that many of the mistakes that have been made could have been avoided if the information about the course of the war had not been distorted to manipulate the public opinion. U.S. institutions were aware of the serious shortcomings of the Afghan military and the level of corruption permeating the institutions they helped create, but little has been done to prevent the collapse. If on the one hand the retreat was inevitable, on the other the modalities could have been discussed and implemented differently, in order to avoid the situation that has arisen and which has allowed an extremely rapid takeover of the Taliban. 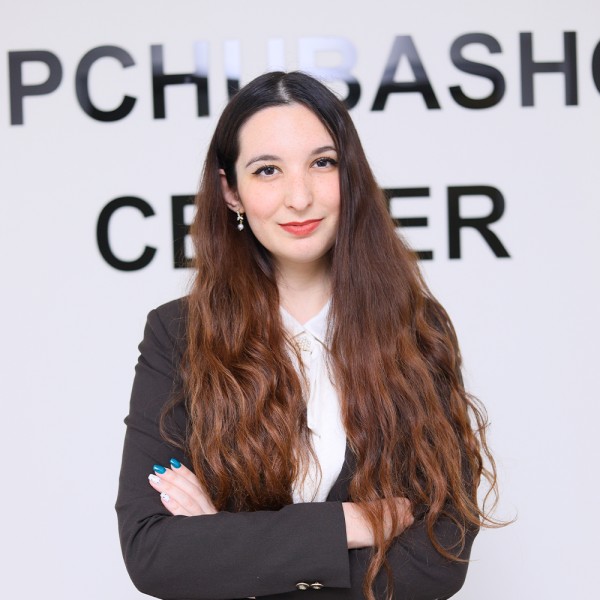