Through Their Eyes: Feminist Peace in Karabakh 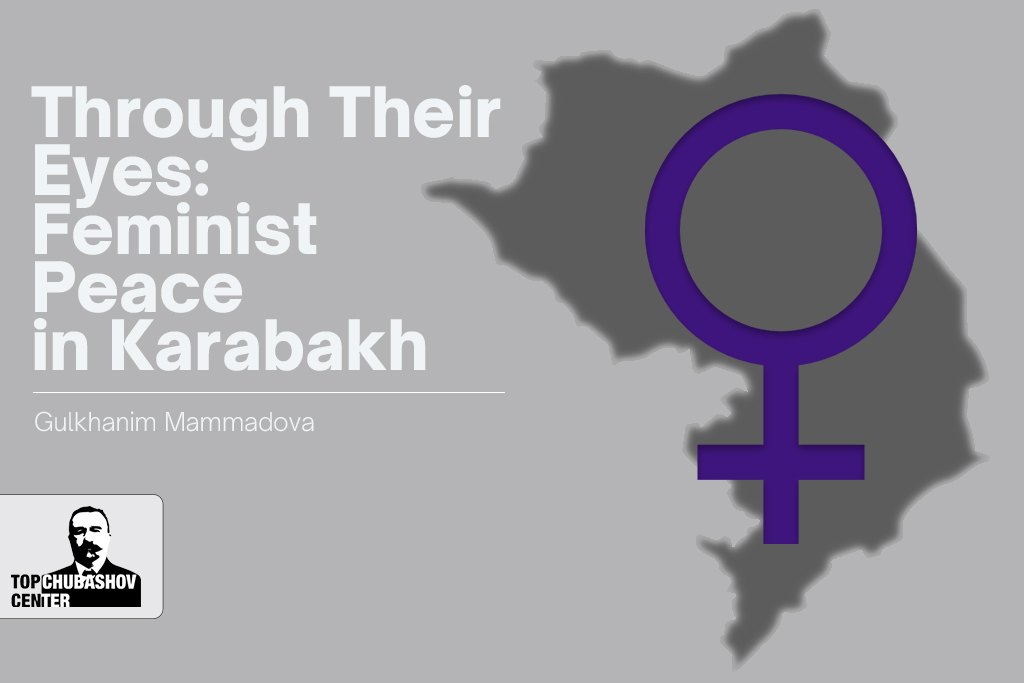 The end of the Second Karabakh War and the liberation of Azerbaijan's occupied territories have raised the issue of future coexistence of the two communities in Karabakh. In this regard, for the prevention and resolution of possible conflicts and escalations, it is necessary to explore new paths of maintaining sustainable and lasting peace in the region. Therefore, exploring peace from a gender and feminist lens is essential and can help to find new paths for peace.

Research shows that women's participation in peace processes makes peace more sustainable and durable and can reduce violence by as much as 24.9%  within a year.

The reason for that lies in the different visions and perceptions between the genders. Hence, the positive impact of women on peace processes lies in the fact that women humanize conflicts, and their peace initiatives create opportunities for the participation of various groups of the population in peace processes. However, even though these characteristics are important resources for achieving peace, they are ignored not only by policymakers but also by peace researchers and scholars.[1][2][3]

Claims and statements that a woman exerts a positive impact on peace and possesses a capacity to contribute to sustainable peace can be confirmed by the examples of various countries and communities, where women played a huge role as peacebuilders. Such countries are Northern Ireland, Rwanda, Sri Lanka, Liberia and many others. For instance, the WIPNET (Women in Peace Building Network) led massive non-violent protests in 2003 in Liberia against the ongoing clashes, as a result of these protests the conflicting sides in the civil war were invited to begin negotiations for peace purposes (for the first time in almost 20 years)[4]. Women activists in Northern Ireland also played a big role in achieving the Good Friday Agreement, which became a foundation for lasting peace by restoring the high standards of democracy and respect.[5] In their turn, women in Rwanda have played major roles in reconstruction processes such as caring for orphans and rebuilding houses, also started to implement roles of bank tellers, cab drivers, mechanics and cabinet members.[6]

Taking into account the global experience, representatives of civil society in Armenia and Azerbaijan also should highlight the importance of women`s greater participation in the peace processes of the Karabakh conflict. However, still there has been no single woman neither in the official peace negotiations among belligerent sides and mediators.  In this regard, it is worth noting that in 2019 Armenia developed the national action plan for the implementation of UN Security Council Resolution 1325, the draft of a similar document for Azerbaijan is still under discussion in the Parliament.

Drafting of the national action plans shows that both states attach importance to the inclusion of women in peace processes of the Karabakh conflict. For example, from 2010 to 2013, Center for Civil Initiatives (CCI) organized a regional project “Strengthening Women's Opportunities for Building Peace in the South Caucasus” in Karabakh. Moreover, various conferences were held on the topic of women and security, which highlighted the necessity of women`s equal representation in peace processes. Thereby, in 2014, a conference named “Armenian women at the crossroads of War and Peace” dedicated to the women's issues in the war and post-war period was held in Shusha, which at that time was under Armenian occupation. This conference emphasized the need to create all the conditions for women to feel equal and useful in the formation of a healthy society and sustainable peace. A conference on Women, Peace and Security was organized in Baku in 2018. Speaking at the conference, acting head of the Azerbaijani mission to NATO Gaya Mammadov stressed the importance of the event and highlighted readiness for cooperation in ensuring active participation of Azerbaijani women in the field of peace and security.

Despite the adoption of the action plans, conferences held and calls for the inclusion of women in all the stages of peace and post-conflict reconstruction processes, the situation still remains the same.

The low representation of women may be due to the following reasons: firstly, the peace process is characterized by traditional gender roles, when usually it is men who make decisions, accordingly because of stereotypes the representation of women at the decision-making levels of the mechanisms of management and conflict resolution remains very low; and finally, there has not been a single woman in the Minsk Group since there have been no women in the leading positions of the OSCE Minsk Group. In addition, women's organizations in Armenia and Azerbaijan strive to include women in peacebuilding processes, but the number of women activists remains low, the reason for which also lies in the established traditional gender roles and stereotypes.

Therefore, it is necessary to benefit from the international practice and create conditions for the full inclusion of women in peacebuilding and post-conflict reconstruction processes of the Karabakh conflict, since building sustainable peace and future post-conflict political arrangements requires taking into account diverse populations and integrating these groups into inclusive peace-building processes. In the context of the Karabakh conflict, for peace-building to be truly inclusive, it must take into account the needs and values of local communities. Thus, 21 years after the adoption of UN Security Council Resolution 1325, the question is not: “What are the women roles in peacebuilding, and how women can influence peace?”, but should rather be: “How to implement this resolution the best way, and eventually achieve greater female inclusion in peace and post-conflict reconstruction processes?”.

[4] Mungai, A. N. (2012). The role of women in post-conflict reconstruction in Africa: a case study of Liberia. (Doctoral dissertation, University of Nairobi, Kenya). 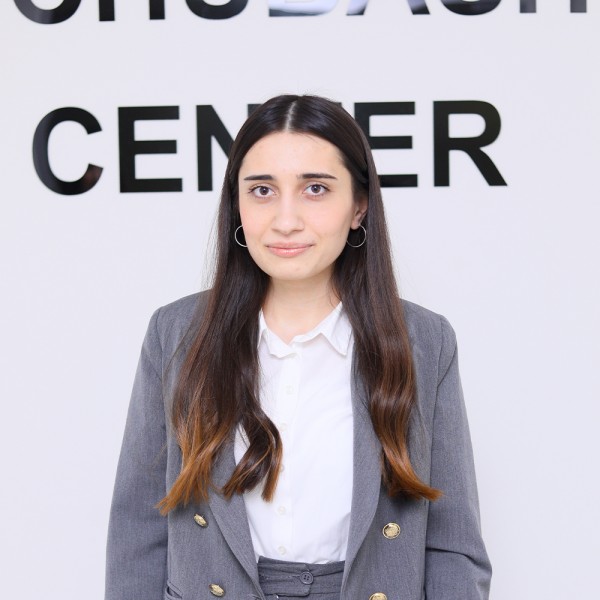 Gulkhanim Mammadova is a researcher with a focus on gender studies, peacebuilding, and conflict transformation. She received her BA in Political Sciences from the Academy of Public Administration under the President of the Republic of Azerbaijan (2015–2019), and MA in Peace and Conflict Studies from the Social Sciences University of Ankara (2019 – 2021). She has also taken a graduate certificate course in conflict analyses and mediation at the University of San Diego in 2023. She was awarded multiple merit-based scholarships for her academic endeavors. She has taken part in numerous cross-border dialogues and youth projects, such as EU4Dialogue, Corridors, and Conflict School.