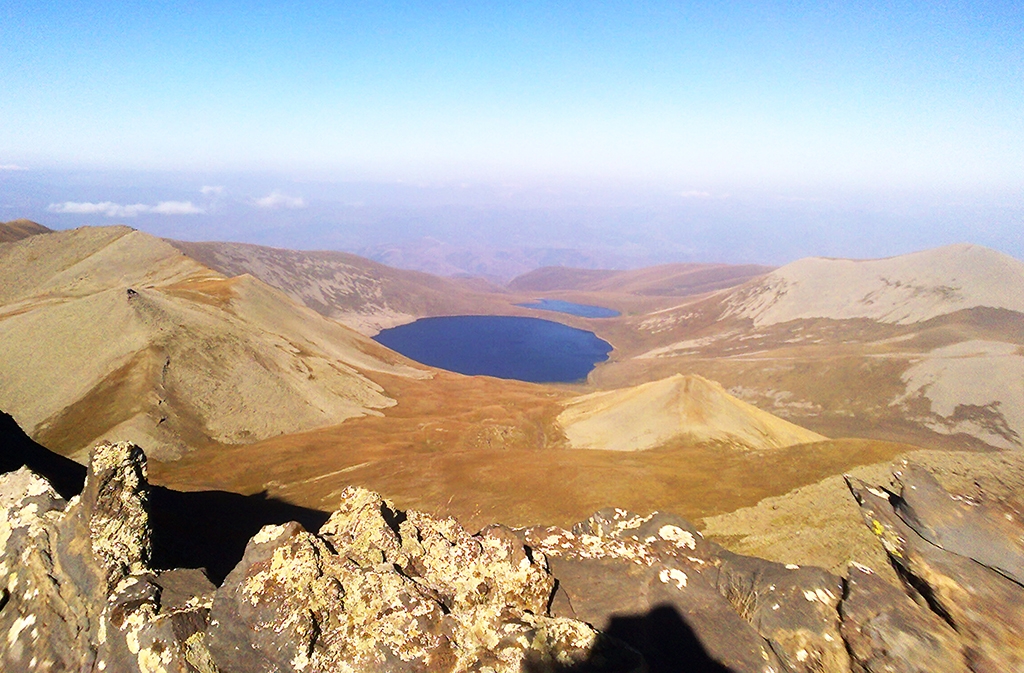 On May 12, press and social media controlled by former President Serzh Sargsyan's son-in-law Mikayel Minasyan and former President Robert Kocharian started to spread the rumors, that Azerbaijani forces had entered Armenia's Zangazur (Sunik) region. Although these rumors were initially refuted by the Armenian Defense Ministry, they were later confirmed by the government in Yerevan. The Armenian side claims that the Azerbaijani armed forces "entered the territory of Armenia" and took full control of Lake Ishigli Garagol. According to Armenians, 70% of the lake is located on their territory. At the same time, systematic disinformation about the "appearance" of Azerbaijani soldiers in other regions began to circulate on social networks. It should be noted that the demarcation in these areas has not been completed, and the Azerbaijani side is engaged in clarifying the borders in the disputed areas, and what is happening is, in fact, a routine process. But why did this routine process suddenly cause a completely inadequate reaction both in Armenia and abroad?

This is primarily due to the internal political processes taking place within Armenia on the eve of the June 20 elections. Various polls in Armenia show that although the popularity of Nikol Pashinyan has decreased after the Second Karabakh War, he is still ahead of his rivals, and there is no doubt that he will win the election. Especially in the provinces, Pashinyan still has a strong support base. The team of Kocharyan, who is also participating in the elections, uses this type of disinformation to spread nationwide terror and panic, especially in the provinces, thereby undermining Pashinyan's reputation. It should be noted that Garagol is located on the border with the Armenian city of Goris, the mayor of which, Arush Arushanyan, is an overt supporter of Kocharyan. He was arrested in December 2020 on charges of inciting people to revolt against the government, but was later released by the court. Arushanyan is the second richest community leader in Armenia after the mayor of Yerevan.

Another reason why the demarcation process has been distorted and portrayed as an "occupation" in Kocharyan's media is because local irregular paramilitary units (local militias) have tried to arm under this pretext. It is not ruled out whether Kocharyan will not accept the results and try to change the government by force if he loses elections. To achieve this, his supporters need to arm themselves. In Syunik, where Pashinyan is unpopular, local "self-defense" groups want to arm themselves and use those weapons against the Pashinyan government in June, citing the inability of the government and the Defense Ministry to control the situation and Azerbaijan's "occupation" of the region. It should be noted that after the last year`s war these voluntary "self-defense" groups were disarmed by the government.

In general, the relations between the central authorities and voluntary military units such as "Yerkrapah" in Armenia since the First Karabakh War have never been unequivocal. This is due to the specifics of state-building in Armenia in the 1990s, when the army in Armenia was established in the form of voluntary military units before state institutions. After the First Karabakh War, the government tried to recruit members of the volunteer militias, to integrate them into the national troops, and/or to neutralize those who did not want to be integrated. At that time, at the center of Yerkrapah`s integration into the Republican party was Defense Minister Vazgen Sargsyan, whose assassination of Sargsyan interrupted the process.

Under Kocharyan and Serzh Sargsyan, commanders of volunteer militias such as Manvel Grigoryan (“Tushenka” Manvel) and Suren Khachatryan (“Liska”) managed to establish a de facto neo-feudal system in various provinces and settlements across Armenia. After Pashinyan came to power, his greatest achievement was to clear the region of these former commanders and dismantle the system. Therefore, despite the defeat of the war, there is still serious sympathy for Pashinyan in many provinces and villages of Armenia. These volunteer militias and their commanders were already deeply dissatisfied with Pashinyan's restrictions on their power, which increased after the Second Karabakh War. These groups are deliberately spreading panic and fear in Syunik and other border areas, increasing dissatisfaction with Pashinyan and trying to acquire enough weapons and eventually overthrow Pashinyan.

In addition, the Pashinyan government is considered a real "revolutionary regime" in the eyes of many. Well-known political scientists Steven Levitsky and Lucan Way have shown in their research that revolutionary regimes formed as a result of the serious mobilization of the lower classes against the ruling elite, such as Iran, China, and North Korea, have great resilience and strong popular support. The strong support of the people also prevents the anti-Pashinyan and former elite-controlled power structures from overthrowing Pashinyan. There is no doubt that there are serious tensions, especially between Pashinyan and the National Security Service (NSS). Thus, Pashinyan, who is trying to control the service, has changed 4 NSS heads since 2018, but has not yet achieved his goal. After the war, separatist leader Arayik Harutyunyan accused NSS units of deliberately not participating in the fighting. Due to all this, some experts in Armenia do not rule out the possibility that the NSS, which is trying to weaken Pashinyan, maybe behind such provocations.

Although the Pashinyan government initially tried not to exaggerate what was happening at the border, growing dissatisfaction, both at home and abroad, led them to change their strategy. In addition, Pashinyan realized that he could use this issue to increase or at least maintain his rating on the eve of the election, especially after the pro-Armenian reactions from France, Canada and the United States under pressure from the Armenian diaspora and lobby.