Parts of a Circle: History of the Karabakh Conflict (film review) 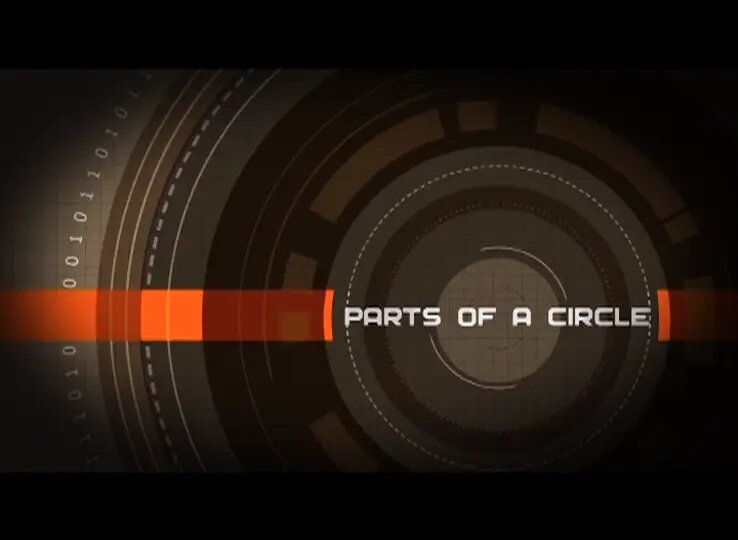 "Parts of a Circle: History of the Karabakh Conflict", the documentary jointly prepared by Conciliation Resources and a group of journalists and experts from Azerbaijan and Armenia, has finally been released online, having already triggered vivid discussions both within the expert community and general public. At the Topchubashov Center, we have watched the film several times to make an impression as full as possible, and deliver an informed opinion.

First of all, we would like to emphasize that “Parts of a Circle” is probably the first documentary that explicitly aims at unfolding political narratives of the Nagorno-Karabakh conflict throughout the long and tumultuous road its parties have walked since 1988. It has a clear chronological layout, establishing the timeline of the major events during the initial stage of the conflict, the military phase and the exhausting and fruitless negotiation process. Moreover, the whole story of the conflict is represented as a gradual evolution of the parties, their views of each other, goals and normative perceptions. Each hallmark – the emergence of the Karabakh committee, a skirmish in Askeran, the Sumgayit riots, the expulsion of the ethnic groups suddenly turned enemies (Azerbaijanis from Armenia, Armenians from Azerbaijan), Black January and a brief spell of direct Soviet administration over Nagorno-Karabakh, the outbreak of an interstate war in 1992, as well as the post-ceasefire conferences and negotiation rounds – is portrayed through the prism of personal stories and simultaneously tries to demonstrate how exactly they shaped the stances of the conflicting parties.

Thus, “Parts of a Circle” strikes a fine line between the political and personal approaches to the story. The documentary has done a tremendous job in reaching out to an unprecedented number of people of all kinds, from former heads of states, ministers, diplomats and military commanders to common political activists, refugees and victims of the conflict. Some episodes it covers have very rarely, if ever, been presented to a broad viewer. For example, unlike many other reports and articles that usually forget or ignore the case of Azerbaijanis expelled from Armenia, this documentary covers this expulsion as part of the broader context of the Karabakh conflict that predates the exodus of the Armenians from Azerbaijan. In the first blood episode, Vitali Balasanyan from the Armenian side acknowledges that the Azerbaijani mob was unarmed during the initial confrontation in 1988 while the Armenians had guns. It was then, in this inter-ethnic clash when two Azerbaijani youngsters got killed, paving way to more blood and deaths. In the Shusha episode, we see how the former Armenian statesmen (President Levon Ter-Petrosyan and Foreign Minister Vahan Papazian) admit using the important negotiations brokered by Iran to protract the conflict settlement and cover an offensive on the Azerbaijani-populated town.

However, the major achievement of the team of creators, in our view, is the demonstration of certain narratives that have only been explored by a number of researchers and this far remained surprisingly absent from the broad discussion. The first of them is the dynamics of the Moscow-Baku relationship during the years of the active phase of the conflict. Whereas in general Azerbaijanis have held a belief that the Soviet, and later Russian, governments unequivocally supported Armenian claims, the true story was much more complex. Moscow’s position had changed several times, while support provided by the leadership of the Azerbaijani SSR to the central government during the referendum on preservation of the USSR induced Moscow to extend its full-fledged military support to Baku. However, a strategic mistake was made when Azerbaijan’s first president Mutallibov sided with the Soviet hardliners who attempted to commit an ultimately failed coup d’etat, precipitating the final collapse of the USSR and the shift of power in Moscow to democrats who as a result would take a much more pro-Armenian position.

Noteworthy is another discourse that in many respects influenced the whole structural dynamics of the conflict: the connection between the anti-Soviet movement in Armenia and the Nagorno-Karabakh secessionism. As the Karabakh Committee substantiated its demands with appeals to the Armenian popular opinion as opposed to the top-down Soviet policies, it soon merged with the general democratic movement in Armenia and this became its inalienable part, which would later make the public opinion stubbornly resistant to any compromise to Azerbaijan.

The film also touches upon another the unfortunate condition that doomed attempts to resolve the conflict within the constitutional means on its first stage, in 1988-1989: the lack of any kind of grassroots, localized institutions of socio-political organization that could have helped to establish a dialogue between the communities, particularly in the conditions of the mountainous Nagorno-Karabakh where Azerbaijani- and Armenian-populated villages interspersed the territory. Moscow’s attempts to put down the fire were often awkward and did not take into account the complex interplay of local interests. The film only briefly touches upon this issue but nevertheless can induce a long overdue discussion of this aspect.

So far, so good. However, we must not forgo criticism as well. In our view, it would be unfair to blame the creators of the film in moral relativism, as some voices both in Azerbaijan and Armenia did. The approach of the documentary crew was to accurately show the intricate political process, which makes it impossible to separate evil from good: it would have made the narrative shallow and oversimplified. However, in our view, some moments, for example beginning the story with the inability of the Armenian population from Soviet Azerbaijan`s Nagorno-Karabakh province to watch a football match of Yerevan-based “Ararat” sometime in the mid-1970s are too singular to make generalisations and may mislead unprepared viewers and create an impression of Armenians holding disadvantageous position within the region and being discriminated against.

Very thin coverage of international law and of the incessant battles over self-determination and territorial integrity in “Parts of a Circle” is an omission since it is an inalienable part of the dispute and is particularly weighty in the Azerbaijani narrative. Ignoring the UN Security Council resolutions that demand withdrawal of Armenian troops from the occupied territories, as well as international law norms the Azerbaijani side bases its arguments upon, makes it impossible to fully understand Baku’s stance for a viewer without profound knowledge of the conflict.

Even more importantly, while the major outbreaks of violence during the conflict are documented (including violence committed during the expulsion of Azerbaijanis from Armenia in 1988, which very often falls under radar), the issue of Khojaly is discussed apart from its historical and strategic aspect (the Armenian leaders later on made it clear that they were at the very least aware of what was happening) and creates an impression that it was a more or less isolated, though blatantly criminal event. As the single most horrible episode of the conflict, the Khojaly should have been paid an adequate attention and timing in order to understand the scale of brutality, as well as the national trauma the Azerbaijani side has received.

Some important points are missing from the post-2001 story, and a complicated change of the interparty dynamics is understated, particularly increasing radicalization of the both parties. It could be explained by the authors’ unwillingness to end on an even more pessimistic note and not to create an impression of the futility of the peace-builders’ attempts.

However, these criticisms must also take into account that the version released is only an abridged one, while the full documentary is told to be almost 3 times longer. We should reserve our ultimate judgements until the time this full version is available, hoping that it will answer the questions raised by the recently released cut. As for now, we must congratulate the whole team behind “Parts of a Circle” for outstanding amount of work they made, and particularly for bringing the most violent and complex of all the post-Soviet conflicts back into the focus of public attention with a reasonably deep and incisive look. We hope it will be an inspiration for a new generation of analysts on the Nagorno-Karabakh problem and inspire enthusiasts to seek for new ways of its resolution.