Pandemic, China and the Future of the Belt Road Initiative 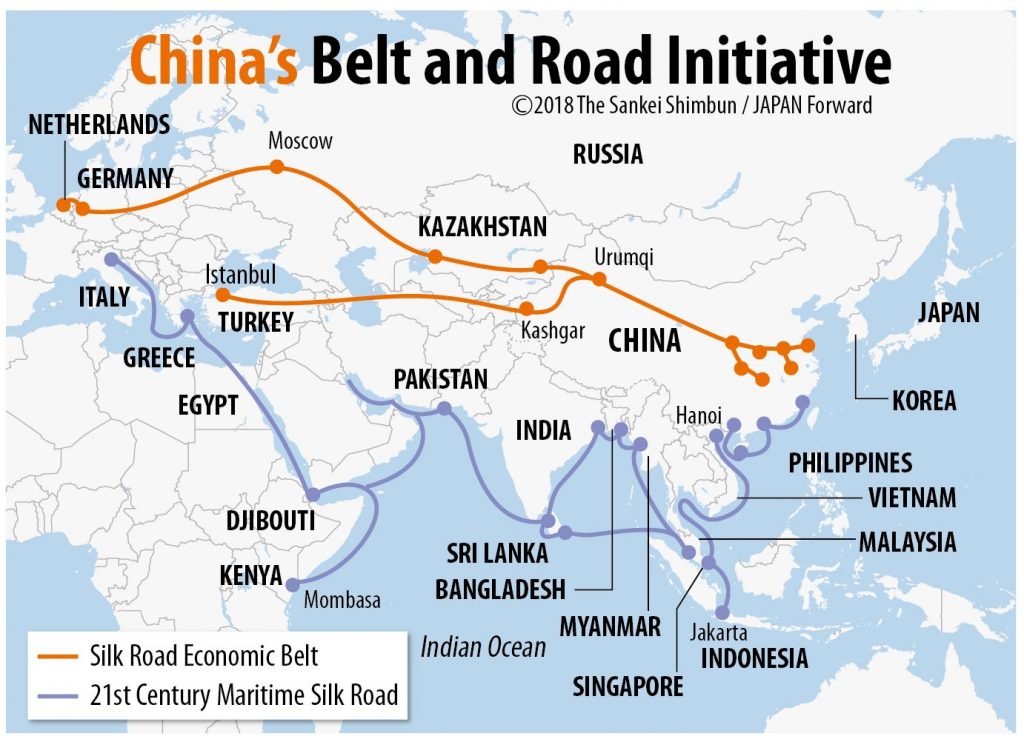 The coronavirus (also known as COVID-19) first appeared in December 2019 in Wuhan, the capital city of China’s Hubei province. The first case of the infection was registered on December 1, and within the first week of its emergence, the virus began to spread rapidly in Wuhan and all-around Hubei. As of January 20, 2020, there were already 6,174 confirmed cases of coronavirus in China. To prevent further spread, Wuhan was quarantined on January 23; a similar decision was later applied to 15 other cities in the province. Starting from January 26, schools, universities and museums in all the country were closed. With the global spread of the virus, it was declared a pandemic by the World Health Organization (WHO) on March 11. The spread of the COVID-19 in China has slowed since March with the government taking serious measures to prevent the "import" of the virus from other countries. For example, a 14-day compulsory quarantine was imposed on all international travelers entering Beijing. The Chinese government declared full control of the pandemic on March 24. During the recent weeks, daily numbers of newly found cases in China have mostly been in single-digit figures.

Since December, tough measures aimed to prevent the COVID-19`s rapid spread inside China had a devastating effect on the country's economy because of the restriction of movement of people and goods within the country, falling production volumes and weakening economic relations with other countries. According to the National Statistics Bureau, in January-February, retail sales had decreased by 20.5% compared to the same period in 2019, industrial production by 13.5%, and investment in fixed assets by about 25%. However, it is expected that China will recover its economy faster than other countries due to its relatively quicker prevention of infection circulation inside the country. Although China's export sector will inevitably weaken in the coming months due to the global recession, the revival of domestic consumption is expected to help the country's economic recovery in the rest of 2020. Although the recovery in employment rates has been gradual over the past few weeks, major problems, such as the inability of rural workers to return to work in urban areas and the slow recovery in domestic consumption, persist. Forecasts about China's economy are not encouraging, even if China fully lifts social restrictions and returns to normal. In 2019, China's GDP grew by 6.1%, and in 2020, GDP was expected to grow by 6%. However, some analysts forecast that even if serious stimulus measures are taken, economic growth will be 2.6% or 3%. The official forecast made by the IMF in April envisages a growth rate of only about 1% this year.

The crisis-imposed economic damage also raises questions about the further progress of China's Belt and Road Initiative (BRI). This initiative was first announced in 2013 in Astana, Kazakhstan (now Nur-Sultan) by the President of the People's Republic of China Xi Jinping. The initiative covers highways, railways, pipelines, ports and other infrastructure projects that will connect China and other Eurasian countries. Its main goal here is to strengthen economic connections between Central Asia, South Asia, Southeast Asia, the Middle East, East Africa and finally Europe, connecting Eurasia overland as well as via sea routes. The project in total covers 71 countries, accounting for 30% of world GDP and 62% of the world's population. The projects implemented within the KYT are mainly related to the development of transport, energy, mining, IT and communications infrastructure; the initiative also covers industrial parks, Special Economic Zones (SEZs), tourism and urban development. Overall, it consists of two parts: the Silk Road Economic Belt and the Maritime Silk Road. The Silk Road Economic Belt comprises 6 corridors. Through KYT, the Chinese government plans to turn the country into a Eurasian economic hub, diversify energy routes and export goods by gaining access to new markets. In particular, the implementation of the Silk Road Economic Belt is of strategic importance for China, as it is heavily dependent on oil imports from the Middle East and Africa, and transit routes pass through the Indian Ocean, the Straits of Malacca and the South China Sea. The Silk Road Economic Belt has the potential to boost energy corridors through Central Asia, the China-Pakistan Economic Corridor and the China-Myanmar Corridor to ensure energy security and enable export of the Chinese goods to new markets. Projects such as the port of Gwadar in Pakistan, the Khorgos dry port in Kazakhstan, the Addis Ababa-Djibouti railway in Africa and the Mombasa-Nairobi railway, as well as the China-Myanmar high-speed railway are strategically important for the BRI.

Although Chinese Foreign Minister Wang Yi said in February that the virus would not have any negative impact on BRI, problems with project development were already emerging. For example, Bangladesh's transport minister warned that a $1 billion bridge project was in jeopardy and announced the postponement of the Payra Coal power plant construction. In addition, the suspension of a railway project in Nigeria, and the recent announcement by Pakistan's Minister of Planning and Development that the $62 billion China-Pakistan Economic Corridor is facing delays, are examples of these problems. The development of projects also depends on both Chinese workers and materials which come from China. The closure of factories, ports, cancellations of flights and suspensions in the global supply chain are hampering the delivery of materials that are important to the BRI’s projects. Another factor that has delayed or suspended projects is the fact that Belt and Road Initiative projects are mostly run by Chinese workers, and China has been unable to send them to other countries due to the crisis (more than 50 countries have banned Chinese nationals from entering the country) . In addition, projects are often financed by loans from Chinese banks, but the current economic situation raises questions about whether banks will continue to lend in the future.

Despite differing forecasts for the Chinese economy and the postponement of a number of projects within the BRI, the Chinese government may continue to implement BRI projects in the context of virus prevention and economic recovery. In particular, the announcement by the state-owned China Development Bank that it will provide financial assistance to companies affected by the virus shows that Beijing is interested in continuing the implementation of these projects. In the medium term, Chinese capital is expected to be used to revive domestic problems and stimulate the economy. Therefore, China may prioritize the continuation of BRI-related projects in strategically important regions, especially in Central Asia and South-East Asia, instead of risky and uncertain economic projects in remote areas. Central Asia (where regional economic growth is projected to decline by 2.8%), as well as South-East Asian countries, need new investment and credit as economic growth slows due to the pandemic (and a sharp drop in oil prices). This could give impetus to both those countries and China, enabling the former to repay their investment loans and revitalize their BRI-related projects. In particular, the Chinese government can increase its political and economic influence in these regions through risk-free investments and loans and ensure energy security via diversifying energy routes. In addition, China can contribute to the economic development of China's underdeveloped domestic cities as a result of increased economic activity with countries in these regions.

In addition, Chinese banks may reduce lending to BRI-related projects and start debt repayment talks with lending countries. African countries have a special role to play here, as countries struggling with the virus, economic hardships caused by falling oil and commodity prices may want to defer repayment. An example of this is Nigeria's Finance Minister Zeynab Ahmed, who said the country would try to defer interest payments to China. If China takes advantage of the tense economic situation in African countries and the Chinese government undertakes to make new investments or loans, many African governments may be willing to offer significant concessions to Chinese state-owned companies or other firms. In return for debt and investment, Beijing may put pressure on African countries to acquire railways and ports of strategic importance to the BRI (for example, the port of Mombasa in Kenya). However, China's pressure on African countries to acquire railways and ports in exchange for concessions or deferrals may increase their suspicions about China and this could create new regional and global challenges to the development of the BRI. Instead, Chinese banks can increase their influence in African countries and increase the attractiveness of BRIs by issuing new loans, deferring payments, or writing off some of their debts.

To conclude, although the pandemic will have a negative impact on the Chinese economy, the Chinese government will continue to support and finance BRI projects. In addition to economic support, China is taking advantage of the crisis, seizing an opportunity to help various countries and increase the attractiveness of the BRI by reviving the Health Silk Road project, which is part of the BRI. Even in the post-virus era, China will continue to support the BRI project, which is a mediator of global claims, applying both its economic strength and various soft power tools. 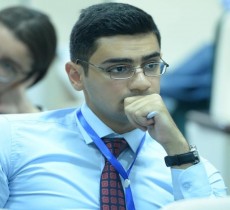 Yunis Sharifli is a 4th year student at the Azerbaijan State University of Economics, Faculty of Turkish World Economics, majoring in International Relations. His areas of expertise cover Central Asia and Caucasus in China`s foreign policy, as well as Belt and Road Initiative.