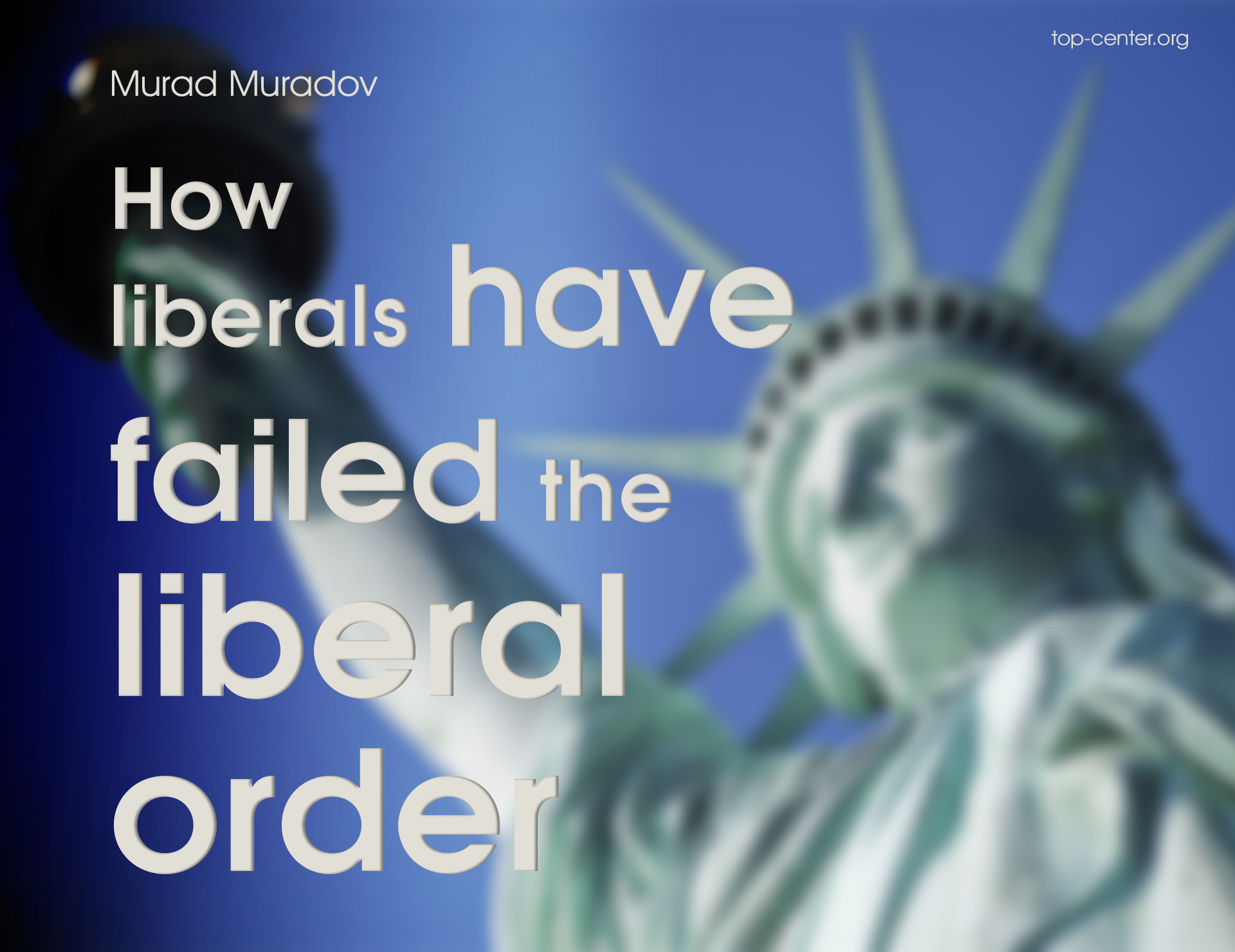 When in 2002 Americans convened the Assembly of Elders, or Loya Jirga, to agree upon the contours of post-war governance in Afghanistan, there were rumors that the delegates, in general, preferred the restoration of the monarchy under Zahir Shah, the country's last shah who was ousted in 1973. However, Americans didn't accept this choice- allegedly because "it didn't befit the world's greatest democracy to orchestrate a restoration of monarchic rule". So the Jirga proceeded with the election of Hamid Karzai, the man who would lay the grounds of the regime which so helplessly collapsed in 2021.

This story for me is a perfect illustration of what I am going to write - the reasons why America's unipolar liberal hegemony has turned out so appallingly, even dangerously inefficient and managed to almost squander a gigantic lead and credit of trust it possessed some 30 years ago. I believe that rather than certain systemic reasons, it had to do with the kind of thinking modern liberalism nurtured in its most committed disciples around the world. I must say that I don't think my description is relevant to all liberals in general, but mainly that version of liberalism that has been dominating since the 1980's- so when I use "liberal" or "liberalism" here for the sake of simplicity, I mean exactly this.

First of all, the liberal worldview got stuck in the late-XX century paradigm based on such notions as "the end of history" (later denied by its author himself) and "flat world". These concepts postulated the linear development of the world towards the ultimate unity based on the Enlightenment values, "the shining city on the hill". The problem with this worldview was not only its dogmatic and black-and-white tendency but also the intense moral character of the beliefs it preached; popularized both via pop culture and generic political theories, it always tacitly (and often not so tacitly) implied its exclusive moral right and consequently, the "evilness" of alternative worldviews. At the same time, this pervasive intermingling of ideology and culture meant that the former became associated with the basic images and concepts, something imbibed "from the air", from the formative childhood years. That's why so many people consider it unethical (often on the subconscious level) to deny or even criticize liberalism, even if they can see its manifold failures and if people of Fukuyama's standing openly do this.

Secondly, and this is related to the previous issue, liberalism as we know it today has become Janus-faced, posing both as a rational theory and a value system. And while it is hard to deny the objective socioeconomic advantages of liberal governance understood as a system of certain rules and institutions, the value face of liberalism exploits them to claim some higher truth and shame those who don't accept the liberal ethic; it actually acts as impostor, claiming that liberal "hardware" must necessarily come together with certain moral rules, something which had never been claimed by the proponents of classic liberalism. That's why reserved and neutral discussion of so many issues, from Trumpism to abortion rights, from COVID to the war in Ukraine becomes almost impossible- ethical arguments are inevitably used to trump rational ones.

Thirdly, humanitarian education in recent decades has fallen under immense American influence and acquired its traits such as the proclivity to positivism and quantitative methods while attention to narrative building, classic thought and history has waned. This education has produced a generation of humanitarians prone to overgeneralizing and viewing the world through the prism of abstract rational concepts rather than putting things into context and discerning the idiosyncratic, often irrational motives behind collective and individual choices. Moreover, very often the dominant discourse brands concepts reliant on certain historic dependencies and irrational factors, as conspiratorial, diminishing their social status and acceptability.

Finally, modern liberalism has taken excessive liberties with the conceptualization of human nature. It rejects the whole chunks of features that don't fit its increasingly tight frameworks- for example, those gender differences that have an intrinsically biological and psychological rather than social nature. This voluntaristic approach also spreads to the analysis of motives, hence liberalism has serious trouble explaining choices that do not simply comply with rational-choice logic. That is why very few experts would forecast Putin's decision to launch a war, and there has not been any proper large-scale discussion of the pro and contra of various COVID policies and their effects.

These flows have resulted in the progressive degradation of the liberal discourse and associated policy-making, considerably shattering their once unquestioned hegemony. The increasing intolerance and aggressiveness of the "ethical" liberalism, with its penchant for simplification, have created a deepening cult of the irrational and ignorance of facts of life, so obvious in the beliefs of radical gender, minority or post-colonial activists. Emphasis on values has made people increasingly blind to the hard facts on the ground, and in many cases, this liberal obsession with the process as against outcomes has failed many democratic movements. Sometimes it seems that for a good liberal, indulging in dreams and utopian visions is much more important than facing the reality out there.  The Belarus story is the best example thereof, as it showed the liberal value-driven EU getting trapped between the inability to act hard and the impossibility to ignore the popular movement. What it ended up doing was to preach some phantom "moral victories" while Belarus fell completely into Russian hands, later to be used for the deployment of Russian aggression against Ukraine, and many thousands of people were tortured, imprisoned or had to flee. Everyone except for the ultimate "villain" lost.

At the same time, this inflexible and uncompromising attitude often makes liberals unwilling allies, or "helpful idiots", of their erstwhile enemies. This happened with China, which until very recently had been perceived on the left-liberal side as the victim of colonialism, which made them turn a blind eye on China's own manifold excesses and repressions, or with that regard Iran. This was happening with Poland, as the European bureaucracy was trying to punish Warsaw for its independent approach to many issues and insistence on its own ethical norms and values- even though it is one of the few countries determined to confront Russian revanchism and trying to bring together Eastern European nations on this platform while European leaders, France and Germany, were searching for the ways to satisfy Putin without losing too much face.

The list is long, and the 20-year story from Afghanistan is just one example. However, in 2022 it is absolutely clear that the global world is at crossroads and in order to survive globalization must find radically new foundational tenets and approaches. Otherwise, risks are that the new generation of leaders will prefer to leave this impasse by ditching globalization and liberalism completely.