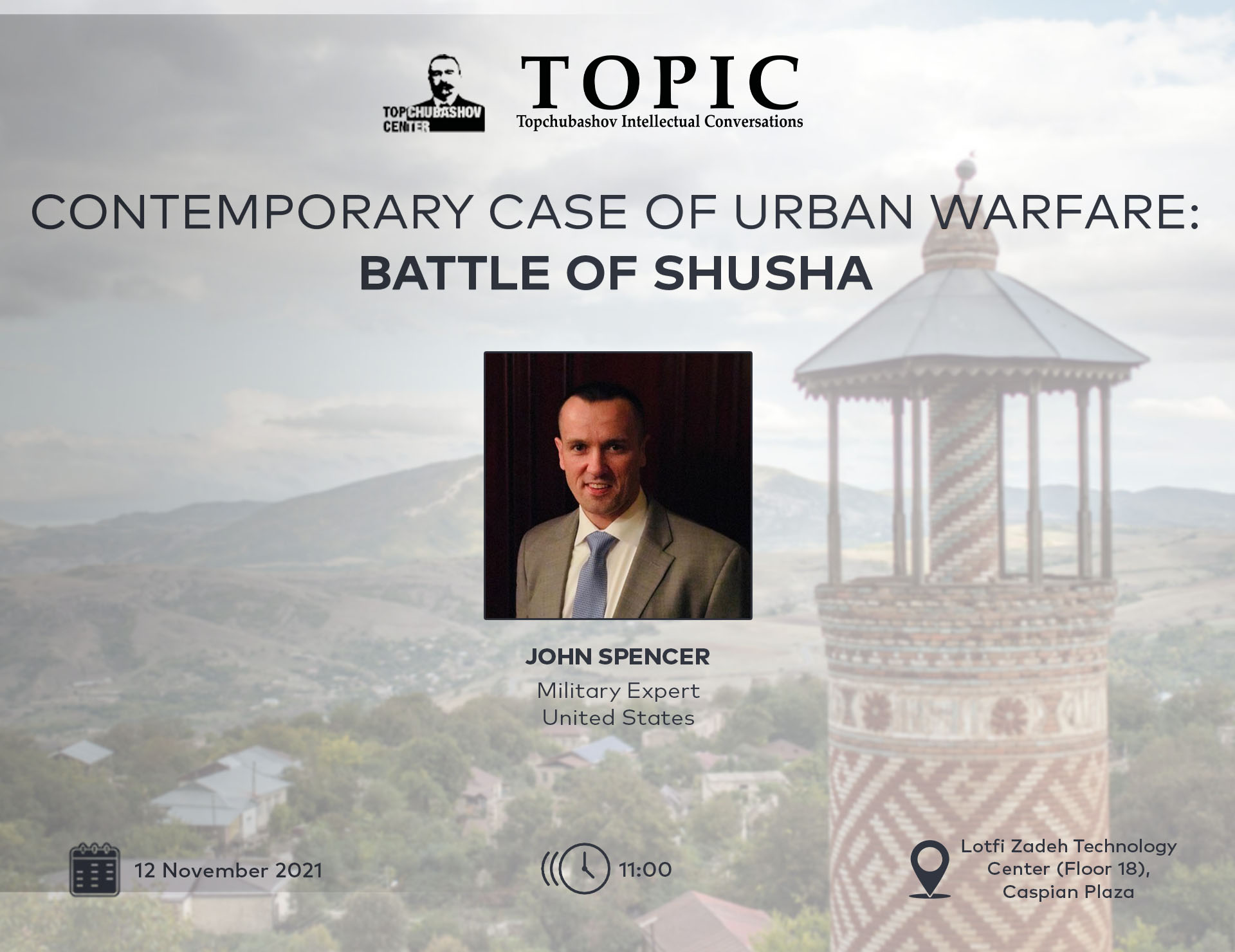 As Topchubashov Center is resuming its public lectures, we are pleased to announce an interesting topic to be presented by our guest lecturer, John Spencer, a military expert from the United States.

You are welcome to join the lecture, which is to start at 11.00 o`clock on 12 November at Lotfi Zadeh Technology Center (Floor 18), Caspian Plaza.

About the lecturer:
John Spencer is chair of urban warfare studies at the Modern War Institute, co-director of MWI’s Urban Warfare Project, and host of the Urban Warfare Project Podcast. He previously served as a fellow with the chief of staff of the Army’s Strategic Studies Group. He served twenty-five years as an infantry soldier, which included two combat tours in Iraq.

Mr. Spencer will talk about the relatively understudied aspect of the Second Karabakh War: urban warfare in the mountain city of Shusha. Accordingly, cities remain the operational and strategic objectives of war and the Azerbaijani army’s impressive preparation and application of urban warfare tactics in the battle of Shusha proved decisive for eventual victory. The physical capture of Shusha required combined arms capabilities that leveraged special operations forces, fires, armor, engineers, and infantry in shaping operations. Equally important, the Azerbaijani army showed that in urban warfare any military that seizes terrain must also be able to defend it. In 2020, had the Azerbaijani forces that seized Shusha not been able to defend it from the Armenian counterattacks, their gains would have been lost. Taken together, Azerbaijan’s victory in the Second Karabakh War in general, and in the battle of Shusha in particular, showed that militaries must be prepared to fight for - and fight in - cities.