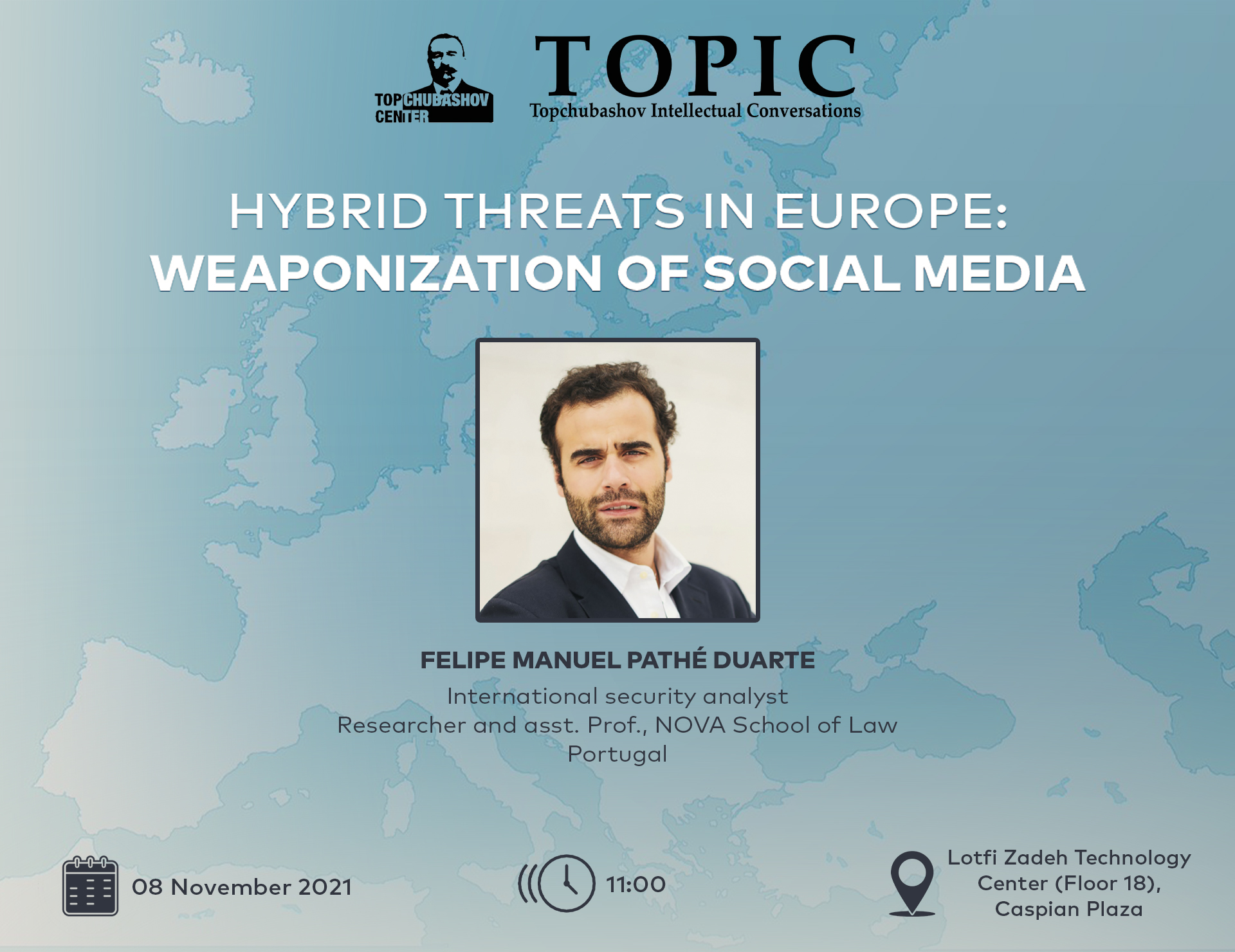 As Topchubashov Center is resuming its public lectures, we are pleased to announce an interesting topic to be presented by our guest lecturer, Felipe Manuel Pathé Duarte, from Portugal.

You are welcome to join the lecture, which is to start at 11.00 o`clock on 8 November at Lotfi Zadeh Technology Center (Floor 18), Caspian Plaza.

About the lecturer:
Researcher and assistant professor at the NOVA School of Law, Dr. Duarte also lectures at the Higher Institute of Police Sciences and Internal Security and is a consultant/researcher at VisionWare. He is an analyst for international security at RTP, the public service broadcasting.

About the topic:
Dr. Duarte is going to speak about hybrid threats which combine multi-dimensional attacks, both coercive and subversive. The aim is not only kinetic but also to influence different forms of decision-making. It can range from cyberattacks on critical information systems, to “narrative led operations”, particularly through social media. Both states and non-state actors use hybrid approaches to pursue their political and military aims. Social media seemed to have become the best weapon of choice for non-state actor movements. For these groups, the online realm has become increasingly important since it offers the opportunity to form virtual communities of similarly minded but geographically dispersed individuals.

Social media have become the weapon of choice of a non-state actor to fight asymmetrically.