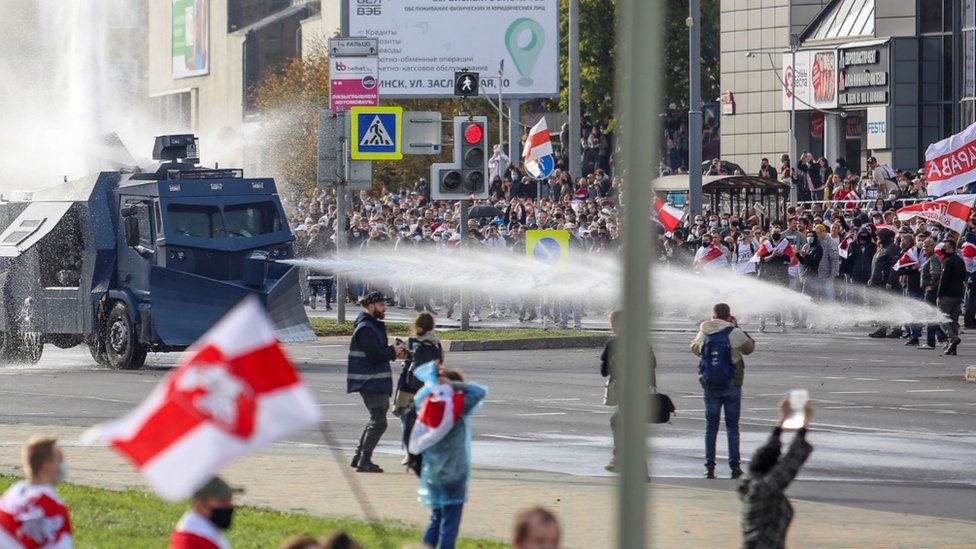 Half a year has passed since the day of Presidential election in Belarus which triggered a huge outburst of popular anger, multiplied by the rather brutal methods used by police and special forces to stop the wave of protests. Today, the consequences of these days keep haunting Belarus, whose international reputation has considerably worsened and domestic cohesion seems to be irreparably damaged. Thus far, President Lukashenko has managed to stay in power and, contrary to numerous forecasts, has not been yet forced by Russia to pursue the “Union State” project up to the point of de-facto ceding the country’s sovereignty. However, looking back to August 10, what major consequences has Belarus faced from the months of domestic turmoil?

To sum up, it is still most likely that Moscow has gained from these events. By managing to create an image of Western-funded rebels whose mission is to set up Minsk’s own “Maidan”, Kremlin skillfully played on Lukashenko’s sense of insecurity and convinced him to choose a hard line towards protesters. This move, however, annulled the policy of “strategic diversification” and rapprochement with the West Minsk had pursued in the previous few years and which had considerably improved Lukashenko’s image: to mention just one example, in 2020 Belarus, the country whose status in the U.S. had long been a little better than that of a “rogue state”, was paid a visit by State Secretary Pompeo.

After the protests Lukashenko’s government lost its leverage for such bold and independent foreign policy which irritated political circles in Moscow. As Western support (if only rhetorical) for Tikhanouskaya has tied its hands and made full-scale normalization with Minsk impossible, Belarus’ return to the times of a strict alliance with Russia became a matter of time.

Moreover, Minsk has lost considerable political capital it enjoyed in the Russia-Ukraine conflict, where it had positioned itself as a benign peacemaker and skillfully used this newly acquired role to gain new friends. As Western attitude towards Lukashenko slid to severe accusations and denouncements, while the conflict over Donbas shows signs of gradual heating, Minks will hardly be able to play a role of both Moscow’s and Kyiv’s friend with previous efficiency.