Turkish gambit: Is Türkiye going to launch an operation into Syria? 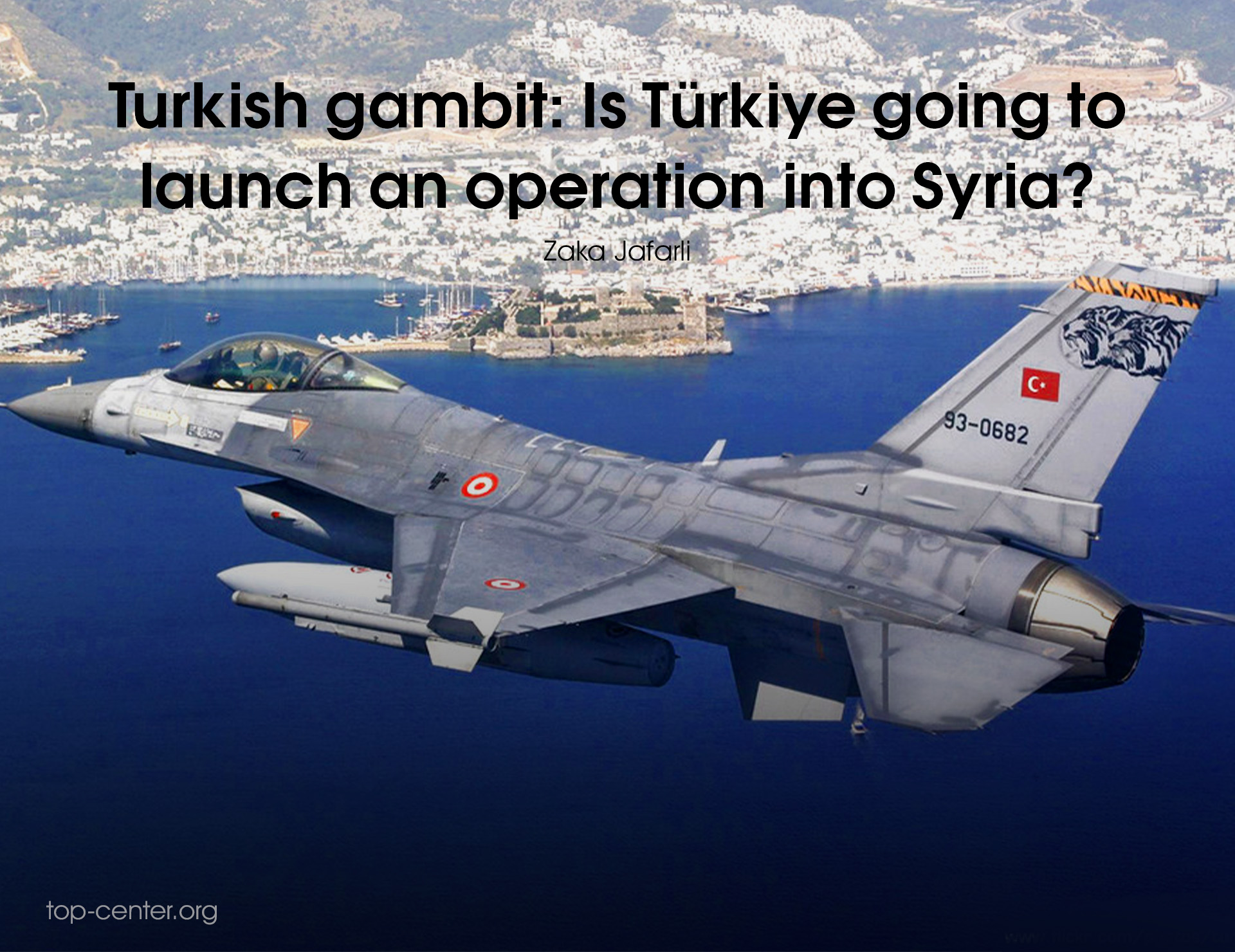 A few days ago, Turkish President Recep Tayyip Erdogan signaled his intention to launch a ground operation into northwestern Syria. While Turkish officials have been talking about a military incursion for several months, a series of events that happened in the last weeks make it more likely that an operation will take place now. It appears that the Turkish leadership seeks to capitalize on the changing global and regional dynamics to achieve its tactical and strategic goals on the ground.

When a bomb blasted in the center of Istanbul on 13 November, the government was quick to point the fingers at PYD/YPG, a Kurdish militia group operating in Syria declared terrorist by Türkiye. A few days later, President Erdogan ordered the launch of Operation Claw-Sword against the group, albeit without the participation of the Ground Forces. The conditions under which this operation is being conducted are much more different than the previous incursions into Syria because the next several months will be crucial for President Erdogan and his two-decades-long dominance over Turkish politics. Aside from the security interests of Ankara, interventions in Syria also served as a tool for President Erdogan to consolidate his domestic popularity at times of uncertainty. The lines between domestic and foreign policies are blurry because Türkiye is going to have an election after six months, and President Erdogan needs a “victory” before the election season starts. Therefore, the materialization and success of this operation is essential for Erdogan’s political survival.

However, it would be short-sighted to argue that the essence of this operation can simply be reduced to President Erdogan’s election goals. Türkiye has long argued that the presence of Kurdish armed groups along its southern border poses a challenge to its security, and cross-border operations against the PKK have been conducted even before the rise of Erdogan to power. In his first decade in power, President Erdogan did not strictly implement the security-oriented policies of his predecessors and even went so far as to seek accommodation with Kurdish armed groups. But when the Turkish government concluded that the attempts to find a peaceful solution to the conflict with the PKK are futile, it abandoned its military passivity and launched a series of military campaigns into northern Iraq and Syria.

What Türkiye wants to achieve with this particular operation and in which direction it will be conducted is not fully clear yet, but in the last several years the actions taken by Ankara allow us to argue that Türkiye has developed a long-term strategy for the security of its southern border. The national security apparatus seeks to establish a security corridor along the entirety of the country's southern border stretching from mountainous border areas with Iraq to the Mediterranean coastline. Therefore, operations launched into Iraq and Syria, coupled with the use of certain Syrian opposition elements and the build-up of military installations within the Kurdish territories in Iraq serve the fundamental goal mentioned above. Mr. Erdogan has long ago abandoned his ambitious plan to build a Türkiye-led security architecture in the northern Middle East by organizing a coalition of pro-Turkish Sunni and Kurdish forces in Iraq and Syria. The current strategy is more similar to the Turkish establishment’s pre-Erdogan objections in the region. For that reason, by launching another operation and clearing the territories around Tel Rifat and Manbij, Türkiye will further strengthen its position vis-a-vis the PYD/YPG and its role in the Syrian quagmire.

What makes this scenario plausible is the fact that all actors with a stake in Syria are either busy with their own problems at home or are in a more lenient position towards Türkiye. Russia is stuck in Ukraine, and Iran (which is less important) is embroiled in a wave of protests. At the same time, the US needs Türkiye on its side at this critical juncture, and it seems that Türkiye is trying to convince the Biden administration of the merits of the military campaign. While it is obvious that an all-out assault on YPG/PYD would again bring Western criticism, Türkiye hopes that a calculated and rapidly conducted operation would please all sides. Therefore, a Turkish military operation into Tal Rifat and Manbij that aims to clear the area of both Syrian government forces and the Kurdish militias is a probable possibility. Since these areas are majority Arab, the resistance will not be as strong as it would be in Ayn al Arab/Kobane. In addition, Russian military presence along the west of the Euphrates River means that Syrian government forces can be removed from the area by Russians, and Türkiye can enter there without having to fight against both PYD and the Syrian Army. Going into Kurdish-populated Ayn al Arab/Kobani, however, would be risky from both operational and reputational perspectives. If what Mr. Erdogan currently seeks is a rapid military victory that would boost his domestic popularity and would not seriously impact his relationship with his international partners, that is the path to be taken. However, it should be taken into account that the Turkish government may seek to solve the problem in its southern borders once and for all and may attempt to link up the two separate operational zones under their control by seizing Ayn al Arab/Kobane.

When the Syrian crisis first unfolded, Mr. Erdogan and his colleagues attempted to use their leverage over Assad and serve as a mediator between the government and the opposition groups. However, as this attempt failed, Türkiye moved further and became one of the major supporters of the armed opposition against the Assad government. The "Kurdish question" that dominates Ankara's current security-driven agenda in Syria was almost absent from Türkiye's calculations at the time because the plan was to install a Türkiye-backed, Sunni-led government in Damascus, which would potentially empower the Sunni position within Iraq as well. With friendly forces ruling over its southern borders, and ongoing peace negotiations with the PKK that would give Kurds a certain degree of autonomy being the plan, there was no need for a scenario that would involve a military solution to the "Kurdish question." Tables had turned from the time when Türkiye was seeking to build a coalition of forces that would be under its influence (or even guidance) to its south, and Ankara had to change its approach. Türkiye now seeks to effectively dismantle the Kurdish military networks that threaten its security and build a buffer zone in northern Iraq and Syria that will give it a strategic edge. This single military operation, therefore, will not only satisfy both the Turkish security establishment and the wider populace but will also provide Mr. Erdogan with much-needed popular support. Although pressure from the United States or an alternative offer aimed at satisfying Turkish demands may alter the decision of the Turkish leadership, with so many stakes being on the table, Ankara will attempt not to miss the opportunity that may not be there after a short time. 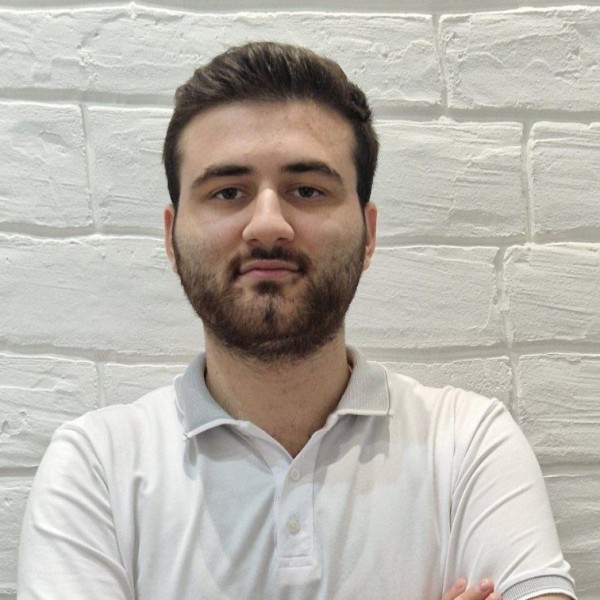 Zeka Jafarli is a senior student at the International Relations Faculty of ADA University. His interests include international security, conflict studies, geopolitics and the Middle East Policy.