The massacre of Khojaly: thirty years of impunity 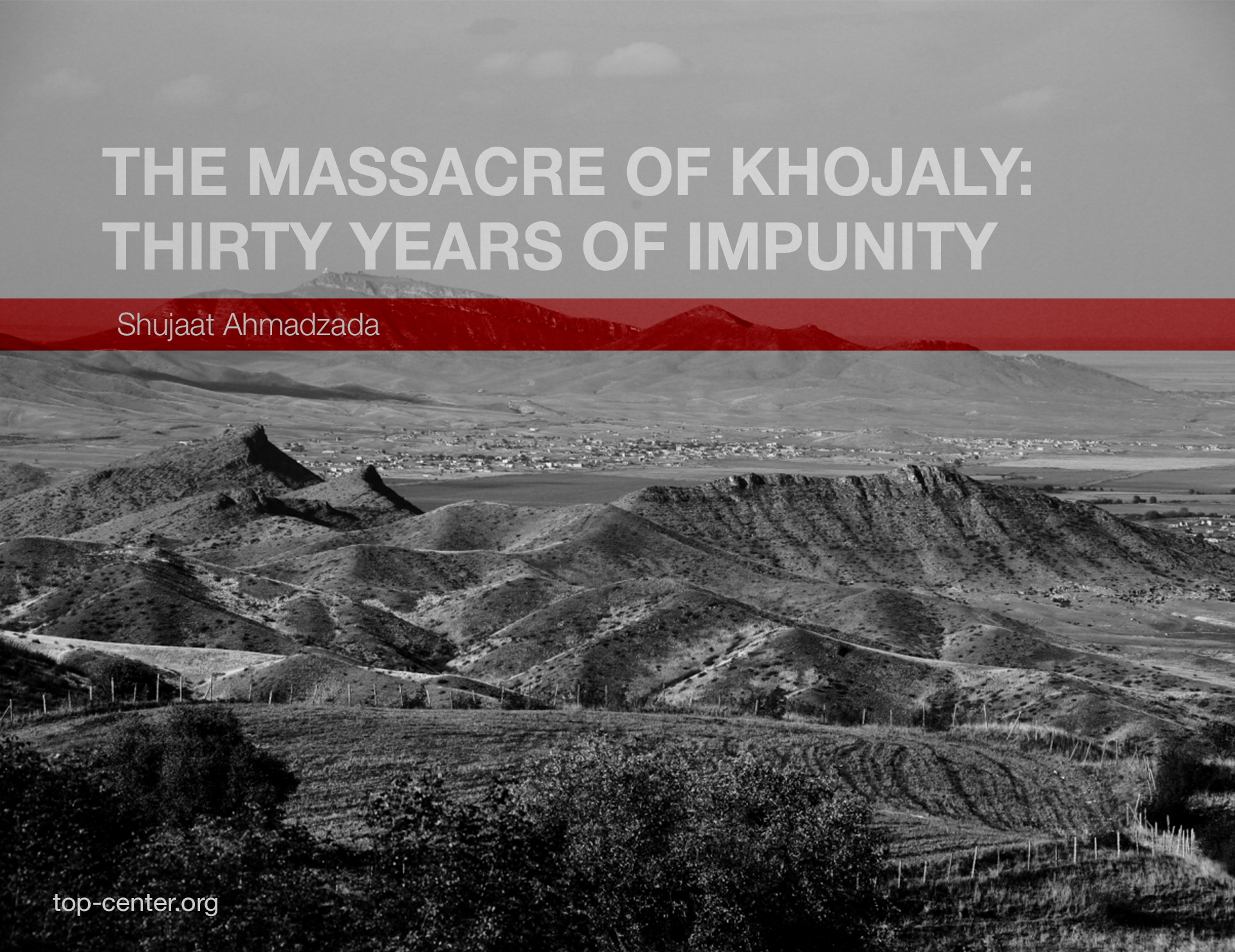 "The only thing necessary for the triumph of evil is for good men to do nothing" – said Edmund Burke.

The anniversary of the Khojaly massacre – which is regarded as the greatest single massacre of the war between Armenians and Azerbaijanis, is just a few days away. On the cold night of February 26, 1992, hundreds of Azerbaijani civilians fleeing from the small town of Khojaly were indiscriminately slaughtered by the Armenian military forces. For 30 years, the victims have been waiting for the day when justice will prevail, their suffering will be given a legal appraisal, and the wounds of the ‘past’ will heal.

Often people are not advised to dwell on the past but look to the bright future. It is impossible for the victims of Khojaly to look to a bright future because their future was upended 30 years ago. Therefore, if the crimes committed in the past are not addressed today, the future will be more or less the same. It is imperative to find a fair solution to put an end to the vicious cycle, and there are several ways of doing it – international tribunals, court rulings, paying reparations, official recognition, and so on.

Unfortunately, none of those aforementioned tools has yet been able to deliver justice for the Khojaly victims. An international tribunal was never established for Khojaly, although in essence there were no substantial fundamental differences between the Khojaly and other crimes that brought up to the international tribunals. Legally speaking, the actions that (known as actus reus in the criminal law) produced criminal liability in the Khojaly fully comply with Article II of the ‘Convention on the Prevention and Punishment of the Crime of Genocide (CPPCG)’ adopted in 1948.

The Convention establishes five prohibited acts that amount to genocidal massacres. In the case of the Khojaly, while the mass killing of Azerbaijani civilians can be depicted as an act of ‘killing members of the group’, forced displacement and inhumane conditions that caused the death of civilians goes under the act of ‘deliberately inflicting on the group conditions of life calculated to bring about its physical destruction.'  The execution, torture, and degrading treatment of Azerbaijani hostages can be considered as an act of ‘causing serious bodily or mental harm’ which is defined under Article II(b) of the Convention. Moreover, well-documented rape cases violate not only the Article II(b) but also the Article II(e) – which is classified as the act of ‘imposing measures intended to prevent births’, as raped women were forced to carry a child of another group and the person raped subsequently refuses to procreate as a result of the trauma.

However, it was not only the Khojaly that made the claim of “Azerbaijanis were killed because they were Azerbaijani” robust. It was the massacres in Malibeyli and Gushchular (February 12), Garadaghly (February 17), and Aghdaban (April 8) along with Khojaly (February 26) that marked how Armenian armed forces carried out the systematic extermination of Azerbaijanis. These massacres debunk the claims of the Armenian government that a huge number of civilian casualties occurred only in Khojaly due to the intensive fighting over the strategically important town.

What makes the Khojaly sui generis is not only the scope of the tragedy but also the first-hand documentation of the intention of the perpetrators. The Rome Statute defines intent as being aware of the possible consequences of the act.  For most serious international crimes, including genocidal massacres, the requirement is that the perpetrator act with intent. A dolus specialis – specific intent, for the Khojaly was acknowledged by former Armenian President and war veteran Serzh Sargsyan in an interview with a British journalist Thomas de Waal. He stated the following: “they [Azerbaijanis] thought that the Armenians were people who could not raise their hand against the civilian population. We were able to break that [stereotype].”

Despite the fact that the Khojaly has been documented well in terms of both actus reus (actions) and mens rea (intention), an international legal appraisal has not yet taken place. This is mainly because of the politicization and restriction of the usage of international judiciary tools created under the motto of "Never Again" in the post-WW2 era. The very fact that convening an international tribunal requires the consent of the UN Security Council, and the International Criminal Court (ICC) investigates crimes only committed after 2001 leaves no room for the Khojaly victims to say, “Never Again”.

What makes the Khojaly relevant today is not only the fact that the “past” put a heavy burden on Azerbaijanis and every single Azerbaijani commemorates its anniversary annually on February 26, but also the decades-long policy of denialism pursued by Armenia, which adamantly denies the very existence of such crime. Armenian officials, including Prime Minister Pashinyan, go as far as to claim that the Khojaly was committed by Azerbaijanis, which reminds of anti-Semitic conspiracy theories that "whitewash Nazis and blame Jews" for committing the Holocaust.

“Impunity after previous genocides is evidence of denial”, says Dr. Barbara Harrff, professor in Holocaust studies. Gregory Stanton, the founder of the Genocide Watch, says that the response to denial should be a punishment by an international tribunal or national courts, and believes that denial is among the surest indicators of further genocidal massacres. Armenian American historian Richard G. Hovhannisian’s words on the denial perfectly wrap-ups the whole genocidal process in one or two sentences. He states that denial is an ultimate goal of every genocidal process as "complete annihilation of a people requires the banishment of recollection and suffocation of remembrance."

But Azerbaijanis still do hope. The aftermath of the 2020 Karabakh War gave hope that many years thereon Armenia and Azerbaijan can finally close the dark page of history and work for a better peaceful future together. But when the trilateral ceasefire statement was signed between Armenia, Azerbaijan, and Russia, the war did not just disappear overnight. The war was over but not forgotten. The shadows of the past continue to follow the Khojaly survivors today.

When we talk about the post-war era, we usually like to refer to the restoration of ties, opening-up communications, and so on. We think of ‘restoration’ as the restoration of broken ties, destroyed buildings. But we should not speak only of a building but also of bodies, souls, dreams that were massacred.

To restore the upended souls, it is a moral imperative in front of the Republic of Armenia to acknowledge the participation of its armed forces not only in the Khojaly but also in a number of human rights abuses that took place throughout the course of the Armenian-Azerbaijani conflict. Recognition should not be done to demonize one party further but atone culprits for the wrongs that have been done. Indeed, no words and no apology can compensate for the loss of loved ones. But what matters is the principle, not the adoption of wordy documents full of jargon. Denial of the Khojaly not only damages the victims and their destroyed communities, it promises a future for Armenia based on lies, sowing the seeds of future conflict, more repression, and more suffering.

“The people who committed those crimes will stand before the court. I am sure it will happen in our lifetime. I hope the Armenians will overcome their fears” said Giorgi Vanyan, an Armenian peace activist who dedicated his life to reconciliation between the two countries and sadly passed away a few months ago.

Now Armenia and the Armenian people should make a choice: either to protect the perpetrators of such an unmerciful massacre of hundreds of civilians just because they [culprits] share the same ethnic kinship with the rest of the society and continue to lose the moral compass, or to bring these criminals to justice and close the dark pages of Armenian history by reconciling with Azerbaijan via recognizing. If the second way will be chosen, then perhaps many victims, including the ones of the Khojaly, will find some relief, and the dream of peace activists of our region, such as Vanyan, will come true. 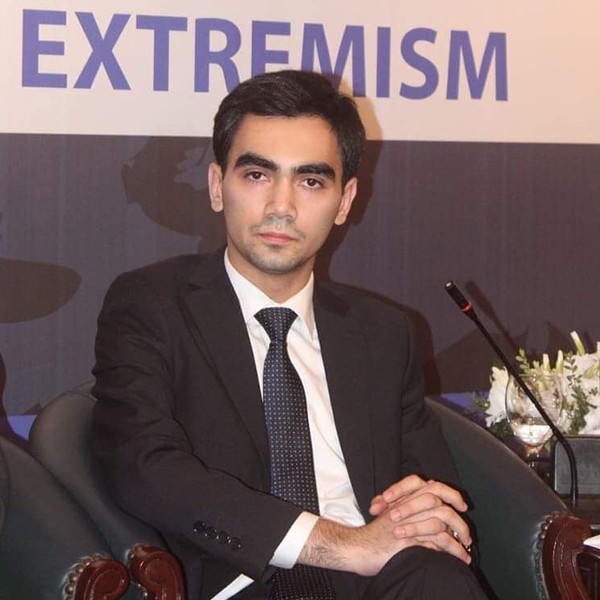