Garibashvili's second coming: What does it spell for Georgia? 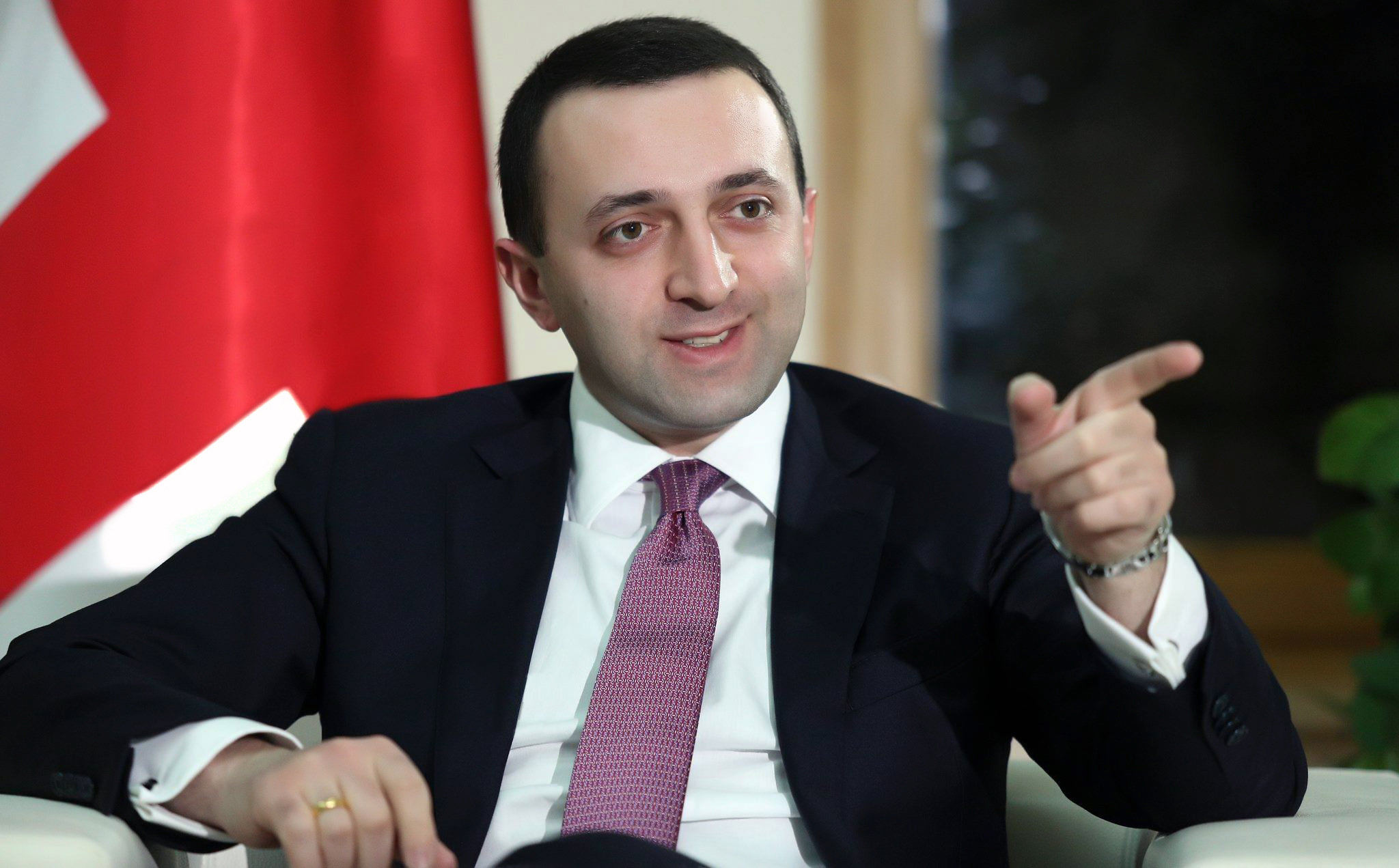 Georgia’s political stage has lately got very hot: an arrest of the opposition figure Nika Melia, head of the “European Georgia” party associated with the exiled ex-President Mikheil Saakashvili, with the party’s office stormed by the police forces, set a harshly negative tone among the country’s political community. This arrest followed an ostentatiously divisive and populist speech by the newly appointed Prime Minister Irakli Garibashvili, who acceded to this position last week after the abdication of former Head of Government, Giorgi Gakharia, officially for his disapproval of the arrest Melia. What do these perturbations mean for the country whose political scene has been increasingly tense for the last several years, and the whole region which is now at a crossroads after the dramatic reversal of fortunes in the Azerbaijan-Armenia conflict?

Garibashvili is known in Georgia as Ivanishvili’s hardliner, a man personally committed to the godfather oligarch of the ruling Georgian Dream and not known for restraint and diplomatic skills. Hence, his appointment is perceived as a sign of certain desperation within the ruling party which, despite emerging as triumphant in the recent parliamentary elections (whose transparency has been hotly disputed) seems itself unable to placate the opposition and made it accept the electoral outcomes, which throws a shade at the legitimacy of the current government. Besides, it must be taken into account that the percentage of voters who cast their ballots in favour of the Georgian Dream last autumn do not reflect the fact that the ruling party is wildly unpopular among the politically active and intellectual groups of population which is now overwhelmingly supporting opposition. The brief monitoring of social media and analytical websites reflects this very well, as Melia’s arrest is almost totally referred to as “the burial day of the Georgian democracy” and national humiliation.

Thus, it is worth looking at the major messages conveyed by Garibashvili in his already infamous speech. The general tone of it is rather in line with the now widespread style of outwardly populist politicians, from Orban to Bolsonaro. He made an emphasis on castigating internal enemies: of course, the major target was the Georgian Dream’s arch-nemesis Saakashvili, whom Garibashvili named “criminal” and characterized his reign as “the black years for Georgia”, but also blamed the opposition for being “unconstructive” and “intransigent”, which has already sawn fears that his government would engage in full-fledged political repression.  At the same time, he made rather unexpected references to Georgia’s first president Gamsakhurdia, suddenly remembering that “his murder was a crime”. This reference can be interpreted as Garibashvili’s attempt to appeal to the nationalistic and conservative layers of the Georgian society among whom Gamsakhurdia remains a rather popular figure. It is estimated that these people, sharing distrust towards pro-Western cosmopolitan elite (much like Trump supporters in U.S. or other anti-elite movements) constitute a significant part of the Georgian Dream electorate and the ruling party may try to preserve its fragile dominance by accentuating and widening this rift, bringing populism to the forefront of Georgian politics.

And what about new government’s foreign policy? This is probably the most intriguing question now. The whole period of the Georgian Dream reign has been characterized by a strong ambiguity. On the one hand, the country’s orientation remained visibly pro-Western: Georgia pursued its ambition to join NATO and concluded a visa-free regime deal with the EU in 2019. Nevertheless, there have always been strong rumours and suspicions that the current ruling elite is tacitly pro-Russian and works to undermine Georgia’s image as a successful pro-Western reformer. These suspicions are mainly fed by Ivanishvili’s association with Russia (where he actually gained most of his fortune), but Russian links have also been believed to exist for some other high-level Georgian Dream cadres. This ambiguity has showed itself in Georgia’s relations with Azerbaijan as well. While always emphasizing the strategic significance of the alliance with Baku, there were instances which made some experts doubt that at least a part of the ruling elite is acquiescent with anti-Azerbaijani provocations made by nationalists and widely believed to be encouraged from Moscow. These provocations were mainly focused around David Gareji, the ancient monastic complex divided by the official border between Georgia and Azerbaijan: this issue was re-activated several times during the recent years, and on one occasion a group of provocateurs even applied physical violence to an Azerbaijani border officer, who, happily enough, showed restraint and did not start shooting. Garibashvili’s speech contained reference to this problem as well: he called President Ilham Aliyev “a big friend and ally” and announced willingness to visit Baku soon but also expressed his hopes that the “border issue would be resolved in a friendly and cooperating manner”, sending a message that he at least admits an opposite possibility- that if Baku does not act in the way Tbilisi would like, the relations can deteriorate. This poses a difficult question whether Garibashvili, in order to please the aforementioned nationalist elements, can take a bolder stance on the David Gareji. Practice shows that the government’s occasional returns to this topic have mainly served to demonize Saakashvili but are inevitably doomed to create ambiguities in Tbilisi’s relationship with Baku. For example, the “cartographers’ affair”, which exposed several officials of his government as complicit in lobbying for a decision that allegedly ran against Georgian interests, implied that Georgian interests vis-à-vis Azerbaijan are not satisfied, although the government would never use such characteristics due to the strategic importance of Azerbaijan both economically and security-wise.

Garibashvili’s comments about Georgian general foreign policy orientation contained ambiguities as well. While he declared allegiance to the alliance with the West, particularly U.S. as he proclaimed Georgia to be “Washington’s best ally”, his remarks to the 2008 war with Russia which remains a lasting scar in the psyche of Georgians, particularly the younger generation, were rather scandalous: Garibashvili in all but name blamed Saakashvili for starting the war, adding that “before 2008, Georgian militaries were even able to enter Ossetia”. This statement aroused indignation across the Georgian society as it may be used to justify a quiet normalization of the pro-Russian discourse. The “Gavrilov affair” of 2019 which could have cost the Georgian Dream its rule is still very fresh in popular minds, and the frequent chants “Gavrilov!” were heard in the public that gathered to protest against Melia’s arrest. This dynamics has been typical for the Georgian politics in the recent years: the government, conscious of the popular mood, has always tried to somehow appease Moscow but had to insist on red lines ultimately unacceptable to it, such as de-recognition of Abkhazia’s and South Ossetia’s independence in order not to irritate the people. However, this inherent ambiguity is likely to intensify as Russia in the aftermath of the Karabakh war and the installation of its peacekeeper mission in Azerbaijan will definitely try to increase it pressure on Georgia, which remains a vital link connecting the Caspian region with the West. Increasing Western pressure upon Russia and new energy and transport projects now under discussion, will only increase Moscow’s resolve to do that. Given also the expectation of increasingly polarizing domestic rhetoric of the new government, we can predict a turbulent period in the Georgian history. Most probably, opposition parties will now intensify their efforts to achieve new elections, and very much will depend on the degree of confrontation the government is ready to pursue: should it be high, rather negative scenarios might turn real.