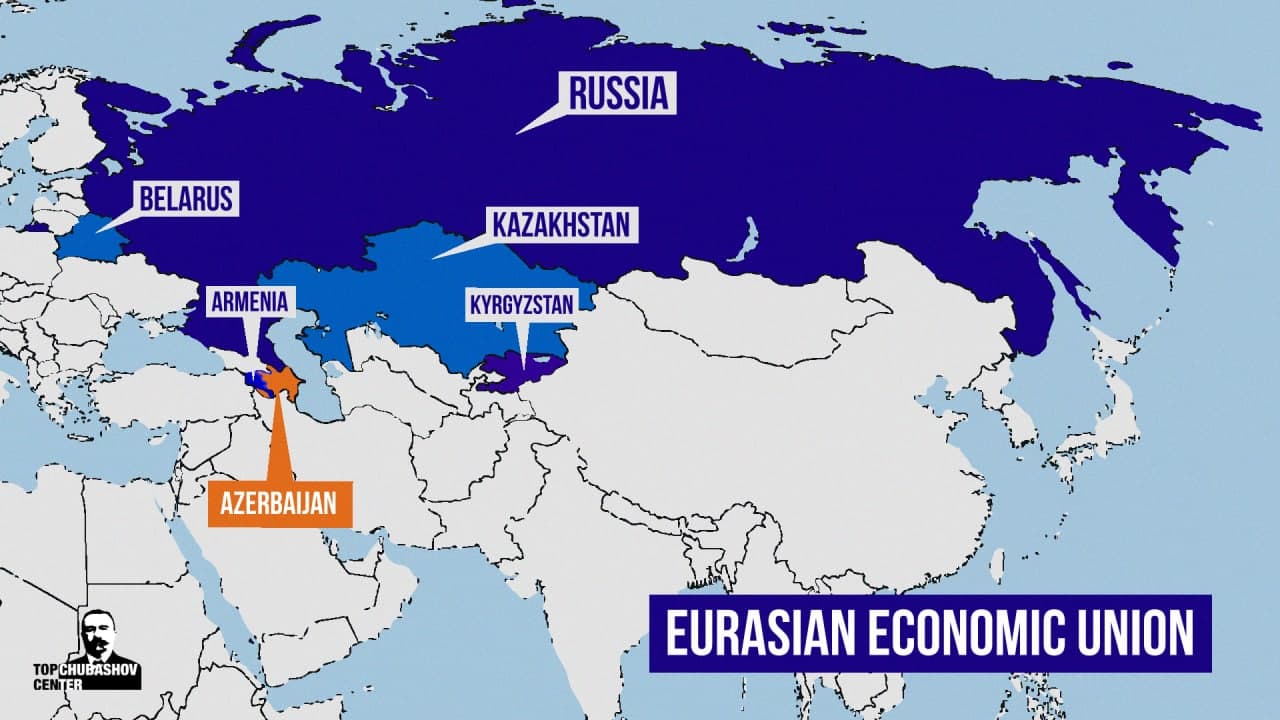 Among the six in-between states in the so-called shared neighborhood, Azerbaijan is an outlier when it comes to membership in the EU or Russia-led regional integration projects. Unlike Georgia, Moldova, and Ukraine, it refused to sign Association Agreement with the EU and has been working on a new framework agreement since 2017 that may come to fruition this year. Unlike Armenia and Belarus, it kept its distance from the Eurasian Economic Union (EAEU) and put forward certain conditions under which it might consider membership in the future. Whenever this issue was raised in diplomatic circles Azerbaijani leadership reiterated that “there are a lot of ifs” to be tackled with before further integration.

Besides economic factors, Armenia’s occupation of Nagorno-Karabakh and surrounding territories rendered would-be membership talks with Azerbaijan meaningless in the last five years. Even if the two countries came together under the CIS roof for a long time, sharing customs union under quasi-supranational institutions of the EAEU was something neither side would agree without a mutually-beneficial peace deal. In an interview with Ekho Moskvy in July 2020, Azerbaijani ambassador to Russia, Polad Bulbuloglu noted that joining the EAEU was not in Azerbaijan’s plans as long as about 20% of the country’s internationally recognized territory was occupied by a member state. Interestingly, the conflict with Armenia served Azerbaijani interests by keeping it out of an organization to which it never wanted to join.

However, the recent victory in the Second Karabakh War and eventual deployment of Russian peacekeepers to the region may change Baku’s strategic calculus toward the EAEU membership. Suddenly, the road to accession looks wide open as Armenia and Azerbaijan agreed to end fighting in Nagorno-Karabakh and restore economic and transport links in the region. Russia-brokered November 10 peace agreement envisioned launching transport arteries between the two sides that will lessen Armenia’s isolation from the other EAEU members while linking Azerbaijan to Nakhchivan and Turkey via Armenian territory. January 11 trilateral meeting between Russian President Vladimir Putin, Azerbaijani President Ilham Aliyev, and Armenian Prime Minister Nikol Pashinyan affirmed the creation of a trilateral working group to supervise the unblocking of all economic and transport lines between the parties. As the further opening of the region follows, the Azerbaijani government may find it difficult to muddy the waters around the EAEU membership issue. The ball is in Baku’s court now and much depends on further reconciliation with Armenia.

Moreover, Russia’s much-commented-on military presence in Azerbaijan will provide it with leverage it can use to put pressure on the latter in certain policy areas. Russian peacekeepers’ control over the strategic Lachin corridor affords the Kremlin the ability to manipulate the (in)stability in the region to its own benefits. The fact that Nagorno-Karabakh has always been the dominant discourse underpinning the incumbents’ legitimacy and, hence, shaping power struggles both in Yerevan and Baku, gives credit to the argument that Russia’s military foothold in Azerbaijan will put it in a better position to influence Azerbaijan’s alignment strategies. Backed by Turkey and the domestic majority, Azerbaijani leadership may enjoy the spoils of victory for the time being but it will need Russia on its side to consolidate the win and complete the reintegration of the remaining parts of Nagorno-Karabakh in the future. In this context, it is highly questionable whether Russia would use this newly-gained advantage to goad Azerbaijan into the EAEU camp. Actually, it depends on how one views the organization’s geostrategic importance for Russian foreign policy toward ‘near abroad’ and Azerbaijan’s place in it.

The EEU: A Geopolitical White Elephant?

Russia, Belarus and Kazakhstan signed the Astana Treaty establishing the EAEU in May 2014 and officially declared its creation on 1 January 2015. Armenia - blocked at first by Kazakhstan due to its refusal to exclude Nagorno-Karabakh from the new EAEU customs borders - joined the organization in January, followed by Kyrgyzstan in August 2015. Legal basis for the treaty on the EAEU was built on the achievements of the Eurasian Customs Union, formed in 2010, and the Single Economic Space founded in 2012. Member states agreed on the elimination of trade barriers and replacement of individual tariff regimes with a single external tariff that has been mostly regulated by Russian tariffs in line with its World Trade Organization (WTO) commitments.

According to the prevailing wisdom in the Western and Russian epistemic communities, the EAEU has been the Russian tool to adapt its power position to the emerging multipolar world order. It is described as Moscow’s grand strategic drive to bolster its position in the post-Soviet space to the detriment of small member-states and limit external encroachments on its sphere of influence. Whatever strategic rationale behind it, however, the reality of the last five years hardly corresponds to such representation as the organization did not live up to Russia’s geopolitical ambitions and even limited its room for maneuver on crucial economic and political issues.

In return for geopolitical allegiance, smaller member-states received far more favourable conditions in different policy platforms ranging from greater multilateralism (Kazakhstan), energy prices (Belarus), access to Russian loans and investments (Armenia) to migrant workers (Kyrgyzstan). Furthermore, the Customs Union Commission’s (2010) weighted voting system that gave Russia more influence in organizational matters was replaced with the single majority voting in the Eurasian Economic Commission (2015) where Russia can easily be outvoted by smaller members. When it comes to supporting Russia over its critical foreign policy decisions especially in relations with the West, the EAEU member-states hardly took a side and instead chose to maximize their gains from the Russia-West rivalry. The EAEU countries did not jump on the Russian bandwagon in recognition of the annexation of Crimea or independence of Abkhazia and South Ossetia. Belarus and Kazakhstan stood firm vis-à-vis Russian pressure to leave the free trade agreement with Ukraine in 2014. To be short, the creation of the EAEU did not add much to Russia’s asymmetric bilateralism with the member states. It came to existence mostly as a quick reaction to the Ukraine crisis to save face in the domestic and external arena. Today’s Russia may not have the same hunger for a new enlargement.

Azerbaijan and the EAEU: A Long Game

Symbolically, having Azerbaijan in the EAEU would be a remarkable development for Russia’s standing in the neighborhood. Azerbaijan is a pivotal state in Russia’s South Caucasus policies as it successfully engages the third powers on Russia’s flanks to play a bigger role in regional affairs. Strategic energy partnership with the EU (and Georgia), evolving economic and military cooperation with Turkey, and collaborative transportation projects with China helps Baku to diversify its international linkages and chart independent foreign policy without prompting a rupture in relations with Russia.

In this regard, the assumption that Russia would (mis)use its military presence in Nagorno-Karabakh to lure Azerbaijan into the geopolitically stagnant EAEU is too far-fetched for three main reasons. Firstly, Azerbaijan does not show any genuine interest to be part of the Western economic and security frameworks that would expectedly arouse Russia’s ire. The EAEU might have been instrumental if Azerbaijan sought normative-regulatory approximation with the EU acquis which Russia perceives as a threat to its already waning influence in the post-Soviet space. But the Aliyev government not only rejects asymmetric partnership with the EU, it also shares Russia’s critical stance toward the EU’s normative expansion in the region.

Secondly, Russia would not put too much pressure on Azerbaijan to join the EAEU against its will as it may backfire as in the case of Ukraine (for different reasons) and lead to the loss of a valuable partner. Such a situation appeared during the Second Karabakh War when Russia’s continuing heavy weapon supplies to Armenia raised a litany of Azerbaijani complaints about Russian bias and put the two sides almost on a collision course. It is to be noted that in comparison with the other in-between states Azerbaijan is economically self-sufficient thanks to energy exports and militarily it has strong Turkish backing, especially on the Nagorno-Karabakh issue. Moreover, the Russian misconduct in Nagorno-Karabakh would damage its already notorious peacekeeper image in the international arena.

Last but not the least, while Azerbaijan emerges as a rival to Russia in different energy markets (the EU, Turkey, Belarus) it never hesitated to go the extra mile to show its respect to Russia’s great power status in the region. Baku may be keen on deepening partnerships with various power poles on transport, military and energy spheres but at the same time, it values closer cooperation with Russia on respective fields (North-South Transport Corridor, weapons purchases, possibility of shipping Russian gas via TANAP/TAP, etc.) and actively supports the creation of trilateral cooperation formats (Turkey-Azerbaijan-Russia or Iran-Azerbaijan-Russia) to facilitate regional peace and stability .

As such, the Kremlin will most likely continue to play the carrot part of the carrot-and-stick strategy to bring Azerbaijan much closer to the EAEU. Accordingly, the access to the EAEU market would make it easier for Azerbaijani products to find customers abroad and import of cheaper goods from the member countries would decrease the prices for the local population. Free movement of labor, capital, and goods could make Azerbaijani citizens eligible to live, work, and study in the country of choice within the EAEU. However, economic disadvantages of the membership may far outweigh the benefits as it will damage Azerbaijan’s agricultural sector (about 40% of labor force) due to a stiff competition with Russia and Belarus. More importantly, it may challenge local businesses by opening the country to external (Russian) oligarchic interests.

Azerbaijan and Turkey are interested in reaching Central Asian and Chinese markets that would be much easier if Azerbaijan had at least a partial customs arrangement with the EAEU. Iran’s preferential free trade agreement with the organization which came into force in 2019 is expected to be upgraded to full membership status in the coming years and Azerbaijan may not want to remain outside the regional integration processes.

A few days after the signing of the 10 November peace agreement, Azerbaijani ambassador to Russia stated that Azerbaijan’s entry into the EAEU is already being planned but it may take longer. Apparently, the devil is hidden in this “longer” part of the statement. It is actually the logical continuation of what former foreign minister Elmar Mammadyarov has dubbed the “never say never” approach to Azerbaijan’s EAEU accession prospects since 2015. There are still lingering problems in Nagorno-Karabakh and the Azerbaijani leadership will continue to link its EAEU membership perspective to certain concessions from Russia (indirectly from Armenia) in this regard. For example, Armenia entered the organization without a customs office separating it from Nagorno-Karabakh. After the Second Karabakh War military-economic conditions totally changed in the area and Azerbaijan will expectedly demand installation of its customs checkpoints in Lachin district to de facto incorporate liberated territories and remaining parts of Nagorno-Karabakh to its customs borders. Finding common ground in these kinds of newly-emerging situations will take time and a lot will depend on further reconciliation between Armenia and Azerbaijan. 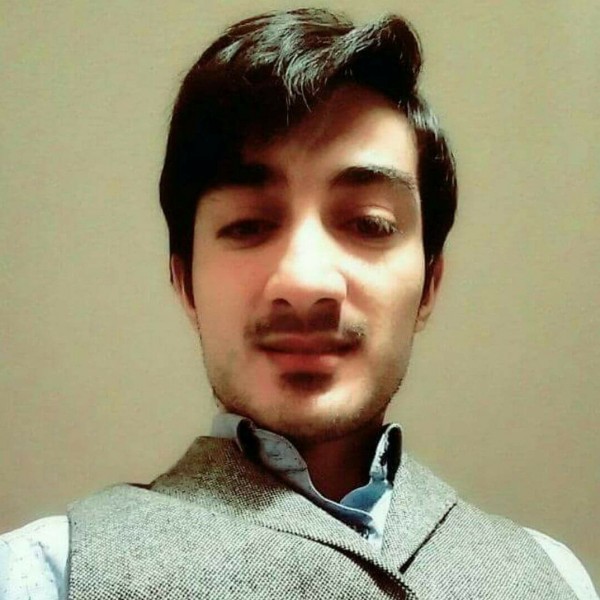