How to break the impasse in Belarus 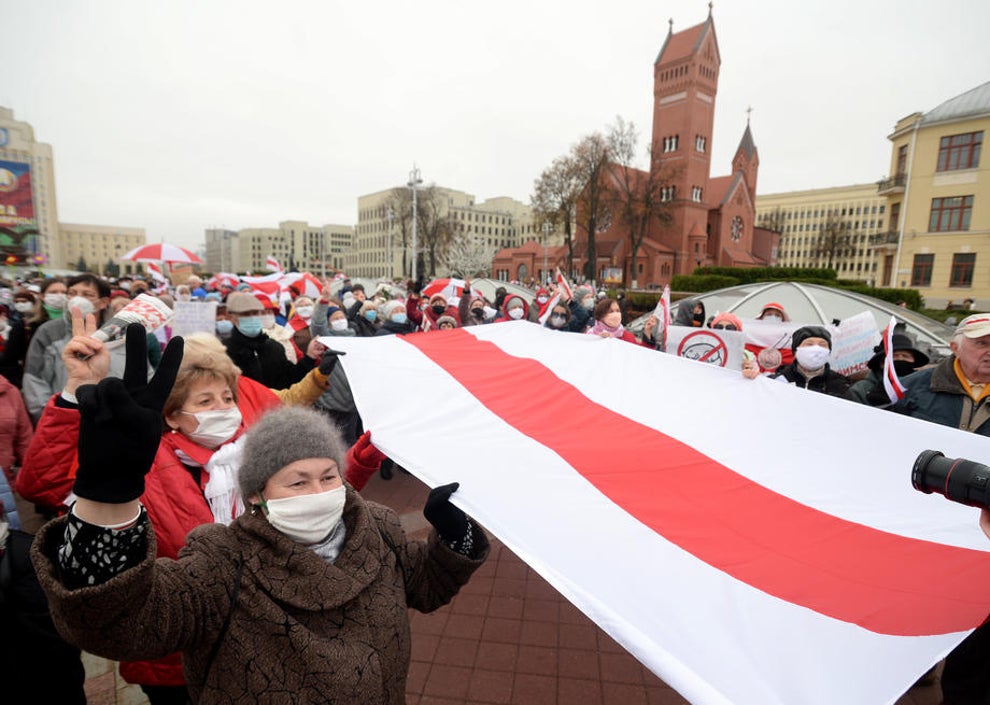 Photo: Belarusian pensioners and medical workers march during a rally to protest against the results of presidential elections in Minsk, Belarus. November 2020 (EPA-EFE)

Four months after the end of the presidential elections in Belarus, the country is in a standoff situation. Protesters continue daily activities, culminating at weekends with a women’s demonstration and a Sunday event that has combined a mass protest with more home-based activities. Aliaksandr Lukashenka remains in the presidential palace, using riot police and special forces to detain, beat, and torture thousands. Prisons contain over 30,000 internees, including two of the original presidential contenders, former bank chairman Viktar Babaryka and popular blogger Siarhei Tsikahnouski.

Outside the country, another contender regarded by many as the real winner of the election, the wife of Siarhei, Sviatlana Tsikhanouskaya, continues her visits to sympathetic state leaders in various countries, including Sweden, Denmark, Poland, Lithuania, and Latvia. In each state, she is accorded the privileges of a leader, and treated as the rightful president of the country. On Instagram, she has an account under the name President Sveta, and she has grown considerably in stature and political acumen. She calls for the removal of Lukashenka, the release of political prisoners, and new elections.

She presents herself, nevertheless, as a temporary leader, one who can guide her nation through a difficult transitional period but not lead the country in the longer term. The stance renders the opposition within the country without a natural leader, which may be advantageous in terms of resisting the targeted attacks of the Lukashenka forces, but less so in terms of defining a long-term strategy for success.

The major player in the region, the Russian Federation, appears to be growing increasingly impatient with the enduring conflict in Belarus, and on a recent visit, the dour Foreign Minister, Sergey Lavrov, urged Lukashenka to hasten constitutional changes that would, presumably, result at some point in the former president’s departure.

Breaking the impasse, however, is far from easy. While the opposition clearly has widespread popular support, its deliberately chosen passivity in the face of police violence—while commendable—deprives it of potential agency to effect changes. In theory, Lukashenka could endure for several more months as long as he retains the support of his security forces, interim Cabinet, and the regular army. Arguably, however, he cannot remain in power indefinitely for a number of reasons.

First, he lacks the popular power base that has sustained him for more than a quarter of a century. Rather than the selective violence deployed during past confrontations, he has opted for an extreme form that can only antagonize people who see their sons, daughters, and countrymen suffer physical abuse and even murder on a regular basis. He has revealed himself as a tyrant with no moral scruples. And there is no turning back. Were he to be removed by the opposition, he would be arrested and put on trial. His dilemma is self-induced. He had other choices.

Second, he cannot maintain indefinitely the current levels of military and police violence. It requires security forces to work long hours, particularly on weekends, and high alerts for the military are costly. But if he should relax the harsh measures, he would face new and overwhelming demonstrations to remove him. His only measure is to appeal for support to the Russian Federation, the only world state other than Venezuela that has recognized him as the legitimate president.

Third, the European Union has reacted slowly to the situation, which undermines its earlier commitment to Dialogue with official Minsk. But it has sanctioned individuals for their role in the violence, and belatedly added Lukashenka to the list. It is preparing further sanctions that would target state enterprises, some of which have workers on strike, and most of which have seen mass dismissals of workers who now support the opposition. Belarus, prior to the elections, already had a stagnating economy. Its relations with Russia have been difficult, and it faced tough negotiations over the price of oil, further integration measures, and pressure to take a more active partnership in various integrative organizations. A deeper level of sanctions could lead directly to a new economic crisis that would threaten its freedom to make independent decisions.

Fourth, Lukashenka realizes that he needs Russian support. But he lacks personal warmth with the Russian leaders. Vladimir Putin has long remained distant, and could logically be thinking to the future, and the need to ensure that the next leader of Belarus is someone he can trust, a partner rather than a reluctant ally. To date, Putin has not communicated with opposition leaders, but it seems likely that the bizarre KGB prison encounter between Lukashenka and Babaryka—along with other prisoners—was a result of a Russian initiative. If not, then Lukashenka was acknowledging the weakness of his position. In any case, Moscow does not perceive Lukashenka as a long-term alternative for the leadership of Belarus.

Fifth, there remains the important question of the standing of Tsikhanouskaya. She cannot be confirmed as president based on the August 9 elections because the votes are no longer available. The Central Election Commission, led by Lidziya Yarmoshyna, ensured that they would be destroyed in order not to prevent further revelations about the low number of votes for Lukashenka provided by the Golos organization. But she could run in a repeat election as long as it is conducted under conditions of international observers and careful monitoring.

Yarmoshyna, like Lukashenka, would need to be excluded from the entire process. There is ample evidence, as the work of Andrey Yeliseyev has demonstrated, that past elections were marred by manipulations and cheating. Yarmoshyna carries most, if not all responsibility for the years of fabricated polling.

Lukashenka’s stance has been one of dismissal of his main opponent, while railing against imaginary foreign interference in Belarus by NATO or the Americans and Europeans. But the popular resurgence is evident, manifested in the masses of white-red-white flags that have characterized post-election demonstrations. Moreover, Tsikhanouskaya’s peregrinations have raised the prospects of Belarus moving in a pro-European direction.

Such a leaning is anathema to Russia and Putin. But there remains some room for maneuver between Brussels (and London) and Moscow. In particular, the EU, relying on the current or recent close contacts between some of its members and Russia, could initiate direct dialogue on Belarus, as a common problem for both. While the opposition protests have been confined to the domestic terrain, thus remaining relatively free from outside interference (Russia’s occasional forays and partial assistance to Lukashenka excepted), the fact is that no European conflict situation can remain for long purely within the confines of the state in question.

Belarus is linked in different ways with both Russia and the EU. Russia is of course a much closer cultural and economic partner, but its position is weakened somewhat by its support for Lukashenka, as several observers have noted. Such backing has resulted in a falling off in the pro-Russian sentiment of many Belarusians—according to one poll a drop of 11% since the troubles began. Moscow is sensitive to such attitudes while wary of more direct intervention given the mixed results achieved in Ukraine in 2014-15. Economically, it would be unwise for Russia to commit resources to a potential civil war situation in one of its most important allies.

Perhaps the one unknown factor today is the commitment of United States to a more democratic Belarus rather than some form of military regime. President-elect Joe Biden has already signaled a renewal of the US relationship with its Cold War allies and he has spoken sympathetically about the cause of the Belarusian opposition. If the United States and United Kingdom back up an EU proposal to negotiate the future of Belarus with Russia, then a path forward might be demarcated. The Western representatives could then avoid the sort of limitations placed on the negotiators of the Minsk Accords in Ukraine. But the West must operate from a position of strength, and that means American involvement.

And the first step to be negotiated should be the departure of Lukashenka. Without it, nothing can be achieved. It is not the solution to all ills, but it is needed for discussions to begin. Given his crimes, he should not be at the negotiating table. The opposition, brave and committed, and prepared to suffer many abuses in the cause of their nation, cannot succeed alone. That is an unfortunate fact that needs to be faced. 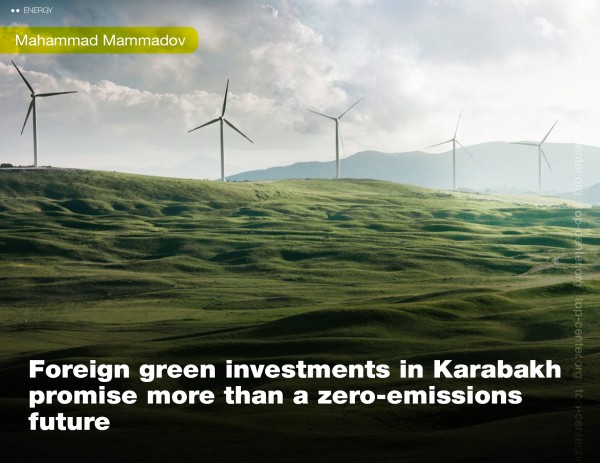 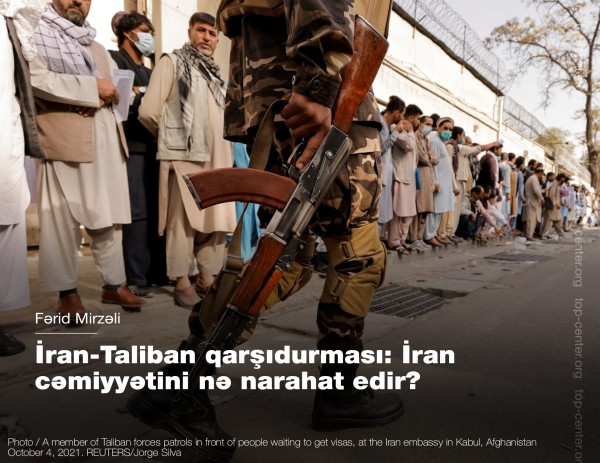