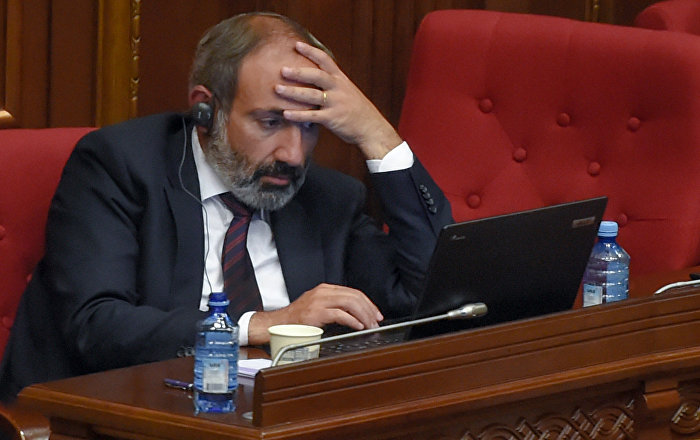 Around 6 a.m. on September 27, 2020, intensive fighting, featuring large-caliber weapons, mortar launchers and artillery, erupted along the line of contact between Azerbaijan and its separatist territories controlled by Armenia and its satellite, so-called “Nagorno-Karabakh Republic”. Severe shelling of the Azerbaijani villages close to the frontline, resulted in a number of casualties among civilian Azerbaijani population. The response of Azerbaijani forces grew into a large-scale offensive which is undoubtedly the most intense episode of fighting since the 1994 ceasefire and is widely called a full-fledged war. Yerevan on September 27 announced general mobilisation, while Baku has so far called for a partial one. The sides to the conflict deny most of each other’s statements regarding the fighting, however, most probably Azerbaijan has succeeded in taking back 7 villages in the Fizuli district (the south-eastern tip of the occupied zone) as well as a number of heights of strategic importance and fortifications and inflicted considerable damage on several units of the Armenian armed forces.

This escalation is primarily an outcome of the series of provocations by the Armenian leadership for the past couple of years, as well as the deeper deterioration of the whole complex of conflict resolution throughout the 2010’s. Since the government change in Armenia in 2018, the new leadership in Yerevan, posing as democratic and peace-loving, created hope for positive shifts in the frozen negotiation process. In turn, Baku demonstrated its goodwill and readiness to give the peace a chance, accepting to establish a direct contact line between the two national leaders. This step helped to significantly decrease the intensity of ceasefire violations along the frontline and reduce the number of casualties from both sides to long-term lows. In December 2018 Azerbaijan started to transfer the military outposts and units along the border with Armenia in Qazakh and Agstafa regions from the Ministry of Defence to the State Border Service, and planned to further apply these measures to the Tovuz area, where skirmishes would happen this July. This was followed by a markedly positive rhetorical shift towards Armenia from the Azerbaijani population, as the developments in the former sparked hope in many segments of the Azerbaijani public for genuine, result-oriented dialogue and negotiations.

This period of sympathy towards Armenia, however, was short, as very soon Prime Minister Pashinyan adopted a highly confrontational and provocative attitude to the conflict. In fact, the following sequence of moves made by Pashinyan only served to the continuous escalation of the situation.

For example, he sent his son to serve in Nagorno-Karabakh, which Armenia pretends to be an “independent” entity, thus sending a message of being ready to protect Armenian occupation of Nagorno-Karabakh by all means. Later, in his infamous "Karabakh is Armenia" speech in August 2019 Pashinyan revealed pan-Armenian irredentist ambitions about incorporation of Karabakh into Armenia, which de-facto threw the attempts to establish a positive negotiation dynamics, into the dustbin.
On another occasion, Armenia`s Minister of Defense David Tonoyan released his country`s new doctrine: “new war for new territories”, which was far more brazen than the most provocative claims made by the previous governments. With this offensive statement, Tonoyan threatened Baku with new military operations and put forth more territorial claims against Azerbaijan.

Most recently, in May 2020 the separatist puppet regime in Nagorno-Karabakh organized "presidential elections" and then held the "inauguration ceremony" in Shusha, a city with a huge moral and symbolic significance to the Azerbaijanis. This event was followed by the plans of moving the "Nagorno-Karabakh parliament" to the same town.
Furthermore, Azerbaijan was taken by surprise when on July 14 this year, Armenian armed forces broke the ceasefire along the border in the district of Tovuz, which is quite far from Nagorno-Karabakh and has never been considered a contested area. In the intense fighting that lasted 4 days, Azerbaijani side lost 15 servicemen, including a high-profile general, and a 76 year-old citizen. The Armenian armed forces attempted to capture new strategic heights which would endanger strategic infrastructure of Azerbaijan, but were rebuked.

This attack was probably the first example of the “Tonoyan doctrine” in action. Even after the hostilities stopped, no détente followed and the situation has remained very tense. In the aftermath of the Tovuz events, information surfaced about the transportation of large volumes of military equipment to Armenia, primarily from Russia and Serbia.  In a phone call with the Russian President Putin on August 12, President of Azerbaijan Ilham Aliyev pointed out that the intensity of the shipment of military supplies from Russia to Armenia in the immediate aftermath of the clashes on the Armenia-Azerbaijan border “raises concern and serious questions among the Azerbaijani public.” Emphasizing that the primary purpose of the phone call was to clarify this issue, President Ilham Aliyev drew the Russian President`s attention to the fact that “the volume of the military cargo transported from Russia to Armenia via the air space of Kazakhstan, Turkmenistan and the Islamic Republic of Iran immediately after the military clashes on the Armenia-Azerbaijan border to date exceeded 400 tons.”

What’s more, this August, a group of Armenian diversionists made an unsuccessful attempt to penetrate into Azerbaijani lands, but failed and were captured. Most recently, Pashinyan`s spouse organized military exercises for dozens of Armenian women again in Karabakh, demonstrating the level of militarization of the Armenian society. Finally, several days before the ongoing escalation started, an Armenian UAV was shot in the Azerbaijani airspace of the Shamkir region just above the local military headquarters.

Why has the Pashinyan government taken such an uncompromised stance towards Azerbaijan? Pashinyan’s recoil from his initial peace-oriented discourse, in fact, stemmed from his realization that the Nagorno-Karabakh issue had come to work against his interests, as in any resolution option after the agreement on mutual compromises, the Armenian side would be forced to make more practical concessions. This might ultimately lead to the exploitation of this topic by the opposition parties and media, followed by mass protests against the Armenian government. Pashinyan has felt very vulnerable for the most part of his term in power and hence chose to co-opt the nationalist segments of the Armenian public which had earlier perceived him as too soft on Azerbaijan. This strategy helped him to keep the emotional stance of the population in check and more or less neutralize domestic political rivals. The Azerbaijani side, in turn, following a year-long expression of goodwill, seemed to run out of patience and reversed their expectations of any kind of developments in the negotiations.

Constant change of attitude and self-contradicting statements by Armenian officials made a meaningful resolution process futile. Pashinyan’s insistence on including the so-called “Nagorno-Karabakh Republic”' as a party to the negotiations de-facto destroyed more than 20 years of negotiations when Azerbaijan and Armenia had just agreed to pursue bilateral negotiations. Since the exclusion of the separatist entity from the process was agreed upon by the parties in the late 1990’s, in Baku this demand was perceived as deliberately provocative, and at the same time utterly hypocritical since the separatist government in Karabakh is totally dependent on Yerevan. All these eventually discredited the idea of peaceful resolution and logically led to the outbreak of a new phase of hostilities, first in July, along the Armenia-Azerbaijani state border, and now all along the occupied territories in Nagorno-Karabakh.

All the mantras about the “independence” of Nagorno-Karabakh were unmasked as soon as the military escalation broke off. Not only is it nobody’s secret that the Azerbaijani army faces the Armenian army, instead of mythical “Artsakh self-defense forces”. On Sunday, the National Assembly of Armenia convened an emergency session, where leaders of different factions addressed a number of questions to PM Pashinyan. Notably, Pashinyan stated the possibility of recognizing the independence of the so-called “Nagorno-Karabakh Republic”. One of the deputies, the opposition leader Edmon Marukyan, even went on to suggest discussing whether the Armenian government should “recognize Nagorno-Karabakh or annex it to the Republic of Armenia”. Pashinyan, in response, recommended to focus solely on the issue of recognition, while also confirming that annexing Nagorno-Karabakh is on the agenda of the Armenian government and can later be brought to public discussions. This sheer discussion between high-level Armenian government officials in itself demonstrated the hypocrisy with which up until now the Armenian side had been exploiting the discourse of “independent Nagorno Karabakh Republic”.

The Azerbaijani side has many times reiterated and emphasized its commitment to the peaceful negotiation process. Throughout the 26 years that passed since 1994, many formats were tried and numerous offers made to the adversary to stop the hostilities and achieve a lasting solution to the conflict. However, Armenia’s position has not been accommodating, moreover it has become totally chaotic and uncompromising after the Velvet Revolution that was supposed to bring democracy and openness. Pashinyan’s refusal to accept any conditions except for those humiliating for Azerbaijanis, buried the peace process and unfortunately made the current violent outbreak inevitable.