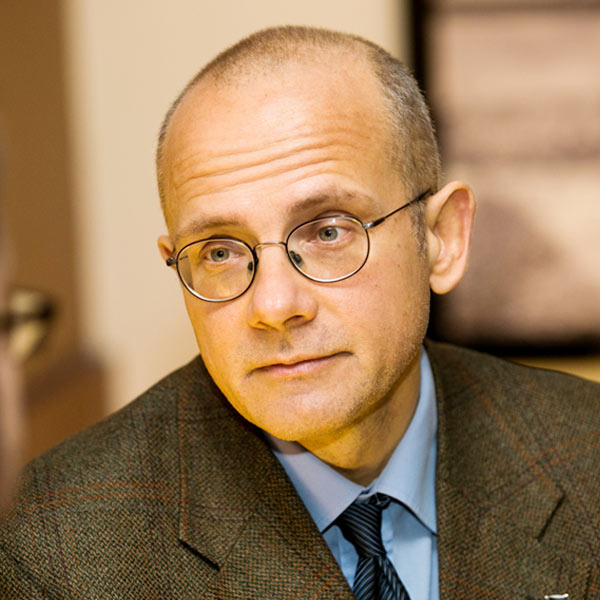 Dr. Andreas Umland is a German political scientist, historian and Russian translator specializing in the history of modern Russia and Ukraine. He is a member of the Institute for Central and Eastern European Studies (ZIMOS) at the Eichstätt-Ingolstadt Catholic University in Upper Bavaria and an associate professor of the Department of Political Science at the National University of the Kiev-Mohyla Academy. Dr. Umland has been a senior fellow at the Institute for Euro-Atlantic Cooperation in Kiev since 2014 and editor of the book series "Soviet and Post-Soviet Politics and Society" published by Ibidem Press in Stuttgart and published by Columbia University Press in New York. He has previously lectured at Stanford University, Harvard University, Oxford University and Ural State University. Dr. Umland is a member of the Valday Discussion Club, a member of the Academic Advisory Board of the European Integration Committee of the Ukrainian Parliament, and editor of the web-magazine "Forum noveishei vostochnoevropeiskoi istorii i kult`ury".