Northern Cyprus: A state of protracted political deadlock or a new era? 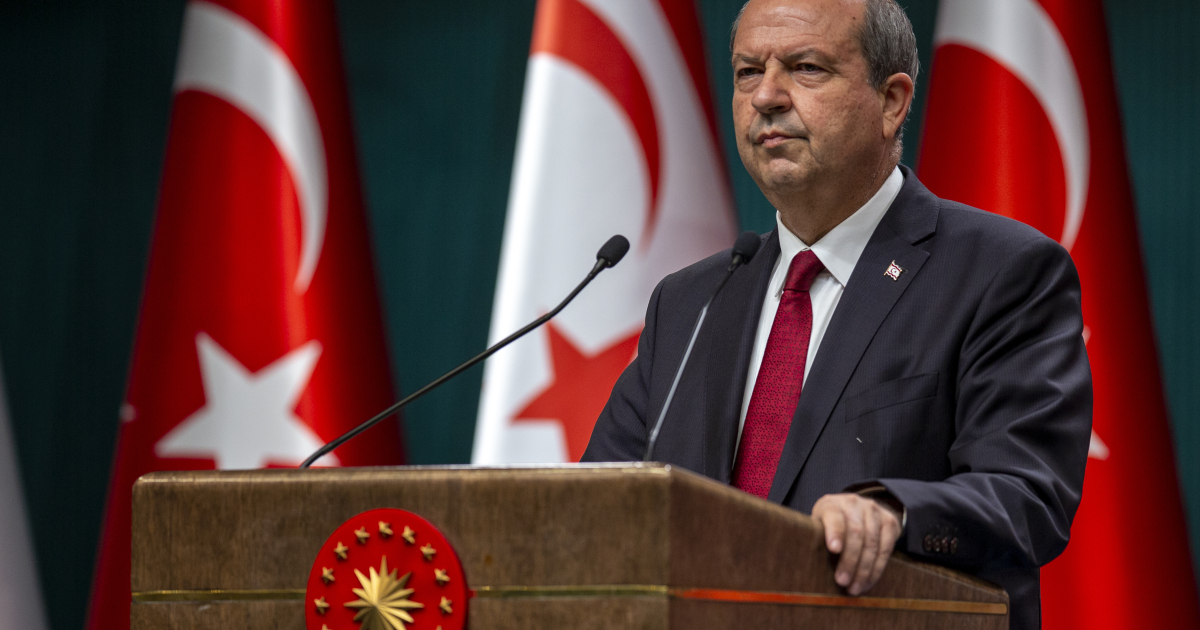 The Eastern Mediterranean island of Cyprus has been divided and hosts de-facto two states for about last four decades. Even if the Turkish Republic of Northern Cyprus is not internationally recognized as a separate state except by Turkey, the reality is beyond the recognition by the international community as both these states function and represent the two parts of the island. Although the both sides have tried to conduct the negotiation process during all these years, the dispute stays unresolved until today. The outcome of the recent elections in the Turkish Republic of Northern Cyprus is expected to change the frozen state of the conflict and resolve the dispute after thirty-seven years.

Perhaps the major factor lies in the meaning of solution, which is viewed differently by the two sides of the conflict. The Turkish Cypriots have mostly supported the federal solution, which means unification of the island and co-existence of both communities, while on the other hand, the majority of the Greek Cypriots does not wish to unify with the northern part. The historical hostility still exists and the hope for reunification of the island looks faded. These distinct opinions of the public directly reflect the negotiation process in the political realm. In the recent years, the conflict has been taken to the next level as the situation regarding the maritime borders and gas drilling in the Eastern Mediterranean escalated, directly affecting the island of Cyprus. Even though everything started as an inter-communal issue in the 1970s, today for the time being, the dispute in the island has changed its nature and it is not solely an ethnic conflict anymore.

Generally, the Northern islanders can be divided into two groups according to the governance they expect. People from the first group support the federation and consider living together with the Greek Cypriots under one umbrella as two communities is the best option for the residents of the island. According to these people, a separate state is not needed and they are ready to share their sovereignty with the Southern part. However, the second group considers the two-state solution as an optimal variant and does not believe in the reunion. Their solution of the dispute lies in the international recognition of Turkish Cyprus as a sovereign state, where they can gain equal political rights like the people in the South enjoy. This could be realized through the constitutional solution.

Ex-president Mustafa Akıncı’s policy was to negotiate with the Southern part and solve the dispute with reunification of the island. In fact, the federal solution was not welcomed by the Greek Cypriot public and the government during all previous years. In 2004, the Annan reunification plan, proposed by the then-U.N. Secretary General was rejected by the Greek Cypriots. Later in 2017, talks on the Cyprus problem also resulted in a disagreement to reunite. The government’s years-long federation-building policies actually delayed the solution of the dispute. Gas dispute in the East Mediterranean has also been a reason for resuming the resolution process because the Southern government does not accept the division of the natural resources.

The election in the Northern Cyprus was supposed to take place in April, but they were postponed until October due to the outbreak of the pandemic. Out of 11 candidates in the presidential race, two names were prominent: the former president Mustafa Akıncı, who had been in office between 2015 and 2020 and was an independent candidate, and the Turkish right-wing nationalist Ersin Tatar, the leader of the National Unity Party that is against reunification. Akıncı and Tatar received 29% and 32% of the votes respectively during the first round held on 11 October. Since no candidate received a majority of the vote, the second round became necessary, in which Tatar won with 52% against 48% which went to Akıncı on 18 October.

Those who supported and voted for the former president see the solution as a federation and change of the status quo. They would like to minimize the dependency on Turkey. Meanwhile, Tatar’s voters saw him as a new hope for the island. The latter secured their candidate`s victory and set a new agenda for the next few years.

The victory of Tatar is an omen of a new political path for the North. As the TRNC is not internationally recognized, the role of the president does not signify more than the leadership of the Turkish Cypriot community. The limited foreign recognition being the case, the Northern Cypriot foreign policy should proceed to make it more effective under the new administration. This change had actually started even before the elections, on 6 October, when Tatar visited Ankara upon the invitation of Turkish President Recep Tayyip Erdoğan and acclaimed the partial reopening of Varosha town, which had been closed for public since the outbreak of the conflict. The initial reason for the visit was related to the Northern Cyprus Water Project and any political speech was prohibited by the High Electoral Board, but Tatar violated this rule by doing this announcement. This move caused condemnation both from the Northern Cyprus government, European Union and the United Nations. The action was meant to cause sensation as a part of the pre-election process, showing the exhaustion from the years lost in negotiations and a plot twist before the final of the dispute. It was also important for the TRNC to use this as bargaining chip with the EU, but the opening has changed the status quo. Due to the opposition of the ruling coalition, the government in the North collapsed.

On the other side, the votes given to Akıncı cannot be underestimated. His supporters want an organism that consists of a bi-zonal and bi-communal state that protects the political equality and rights of the Turkish Cypriots. The results of the elections were a disappointment for the supporters of a federal solution. However, the new president gives promises to implement a two-state solution with the help of Turkey. By its very nature, the Turkish Republic of Northern Cyprus has always been dependent on Turkey both politically and economically. And there are two main groups in the northern part of the island: Turkish nationalists and the Turkish Cypriot nationalists, who embrace their Cypriot sub-identity. According to two-state supporters, Akıncı did not use his power and rights in full. The Greek Cypriot leader Nicos Anastasiadis had not engaged in genuine cooperation with Akıncı despite the latter’s willingness to pursue a dialogue. Those who support a Cypriot federation tried to escape from the solution and negotiations. There is no much demand for that in the current situation in the island. The majority of the Greek Cypriots see little motivation for sharing anything with the Turkish Cypriots. That enhances the weight of Tatar, whose policy will likely bury the idea of a federation or result in a long deadlock, in front of the public.

While the debates were going on whether Turkey would discuss the federation option, Erdoğan endorsed for the two-state option as an ultimate solution for the island in a joint press conference with Tatar. The two-state solution is based on the principle of sovereignty and brings the opportunity of closeness to Turkey.

There are some controversies over the attempts of Turkey and the European Union to interfere into the elections. Those who blame Turkey in intervening, particularly the Assembly of the People's Party, base their argument upon the reopening of Varosha and consider it as Tatar's provocative move made to bypass his coalition partners, as they had not been informed, and use it to secure a victory. Considering the significance of Varosha for maintaining a dialogue between the South Cyprus and TRNC governments during the negotiation process, the partial reopening of the region is the reflection of the qualitatively new foreign policy of the North. On the other hand, the external actors are also reported election manipulation attempts. For instance, the U.S. partially lifted the arms embargo over the Republic of Cyprus on the eve of the elections. This embargo was imposed 33 years ago in order to maintain reunification in the island and ceasing it is a sign of the American position on the Eastern Mediterranean energy disputes. Turkey slammed U.S. over its decision immediately, and the reopening of Varosha was also perceived as a counter-step against this action.  Apart from that, the EU proposed to the Northern administration aid for civil organizations in the times of elections.

Future of the North: Has the end of the protracted political deadlock come?

There are two main determinants regarding the future of the island: the new government of the Turkish Republic of Northern Cyprus and the Eastern Mediterranean issue. In the new era, the Turkish Cypriots are expected to maintain their sovereignty as a separate state, which will be a priority for the new administration. This new approach and the following actions regarding the Cyprus issue are essential for the solution, and with the new leader, Turkish Cypriots cherish novel hopes for the future. They demand international recognition, equal political rights, lifting the embargo implemented on commerce, transportation, etc. The near future will show whether the state of protracted political deadlock will evolve and shift the status quo towards being an   internationally recognized state, or it will continue to exist as it has always been.

In their turn, the Greek Cypriots seem satisfied with the current situation and express no willingness for reunification. In the meantime, the third guarantor, the United Kingdom, chose to stay silent about the latest developments on the island. The indifference of the guarantor country, in this context, means the acceptance of the years-long inefficient negotiations and the two-state solution to finalize the dispute.

The new government’s policies regarding the Eastern Mediterranean issue can change the situation in the region. Up until now, the Greek Cypriot administration has pursued unilateral hydrocarbon drilling activities which ignores the Turkish Cypriots’ rights over resources. Turkey, as one of the main countries in the area and the guarantor country of the TRNC, slams these unilateral explorations claiming its own and Northern Cyprus’s rights over the sea. The TRNC is significant for the future of the Turkey in the Eastern Mediterranean region and that is the reason why Turkey defends the fair share of both itself and the unrecognized republic. The cooperation between Turkey and Turkish Cypriots on the energy issue will be a determining factor for the future of both Cyprus and Eastern Mediterranean problems.

The calls for a five-party United Nations meeting were accepted both by the Northern and Southern Cyprus leaders. If this proposal is put on the table during the next meeting, it can be significant for the possible critical change and may result in the end of painful negotiation process, ending the prolonged political deadlock.